Qatar move ‘best decision I ever made’ – Femi Ogunode – AthleticsAfrica 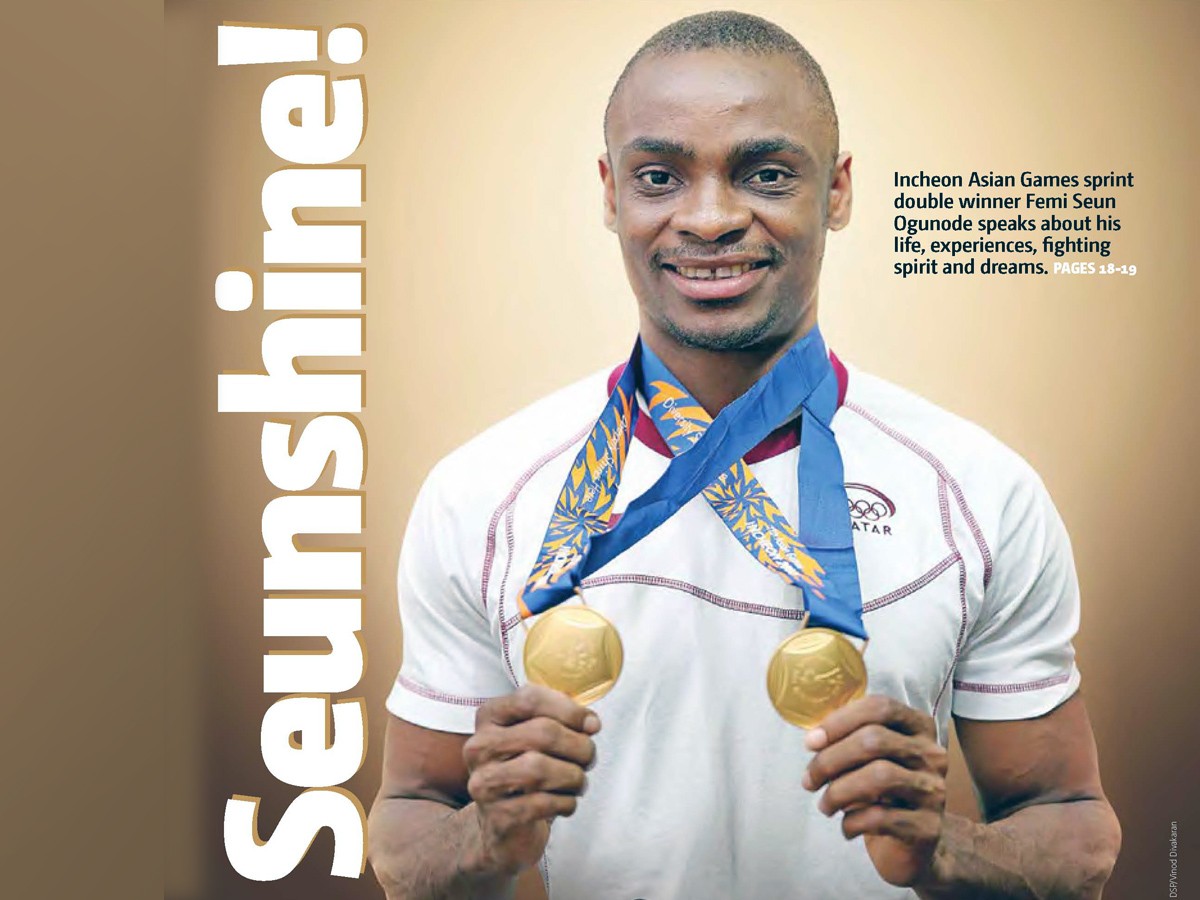 Nigerian-born Qatari sprint champion, Femi Seun Ogunode, has said the decision to leave his fatherland and move to Qatar was a calculated risk and he’s glad it all worked out in the end.

Ogunode now lives his dream life: on the track, he’s untouchable by fellow competitors, at least in Asia; on the road, he cruised around town in a black, customised Hummer Humvee; and at home, the 23-year-old is a caring, doting father, who takes great pride in the little steps taken by his one-year-old son Femi Nathan.

I wanted to compete in the 2007 All-Africa Games in Algiers, Algeria. I ran in the Mobil Track and Field race, the Nigerian qualification event for it. I made the cut, but they dropped me without any explanation.

A year later, I qualified for the biennial IAAF World Junior Championships in Bydgoszcz, Poland, as the best age-group sprinter in Nigeria. Subsequently, I also made it to the senior side for the 2008 Beijing Olympics.

But due to politics within the Athletics Federation of Nigeria (AFN), they dropped me from the squad for Poland, pacifying me by saying I would get my chance in China. I agreed, as I always wanted to compete in the Olympics. But just two weeks prior to the Games, I found out I was out of the team. I felt powerless against the AFN’s internal games.

It was then that I received an e-mail asking whether I was interested to do trials in Qatar. I wrote back saying I was, but that I didn’t have money to make the trip. They requested a copy of my passport and soon, I was attending trials in Doha. It turned out to be one of the best decisions I ever made in my life.

His four brothers — Henry, Babatunde, Segun and Tosin — now lives with him in Doha.