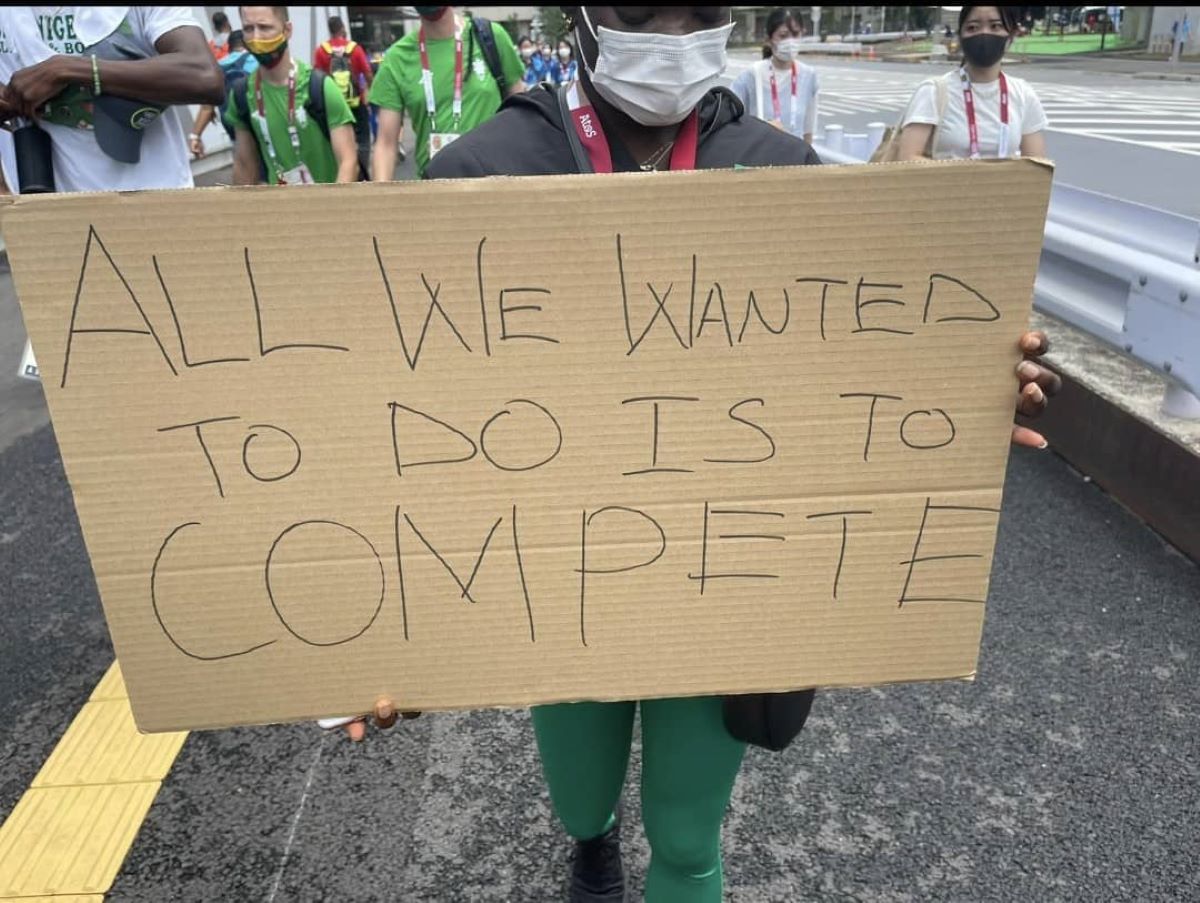 Nigerian athletes protest the decision of the Athletics Integrity Unit to exclude their teammates from competing at the ongoing Tokyo Olympics due to uncompleted Out of Competition Tests (OCTs).

10 of the country’s athletes were disqualified from taking part in the Olympic Games due to their failure to undertake the mandatory three out-of-competition tests stipulated by the World Athletics.

Rather than take full responsibility for their failings, the Sports Ministry labelled those affected as ‘alternate and foreign students athletes, whose tests did not meet with sample collection and analysis standards’.