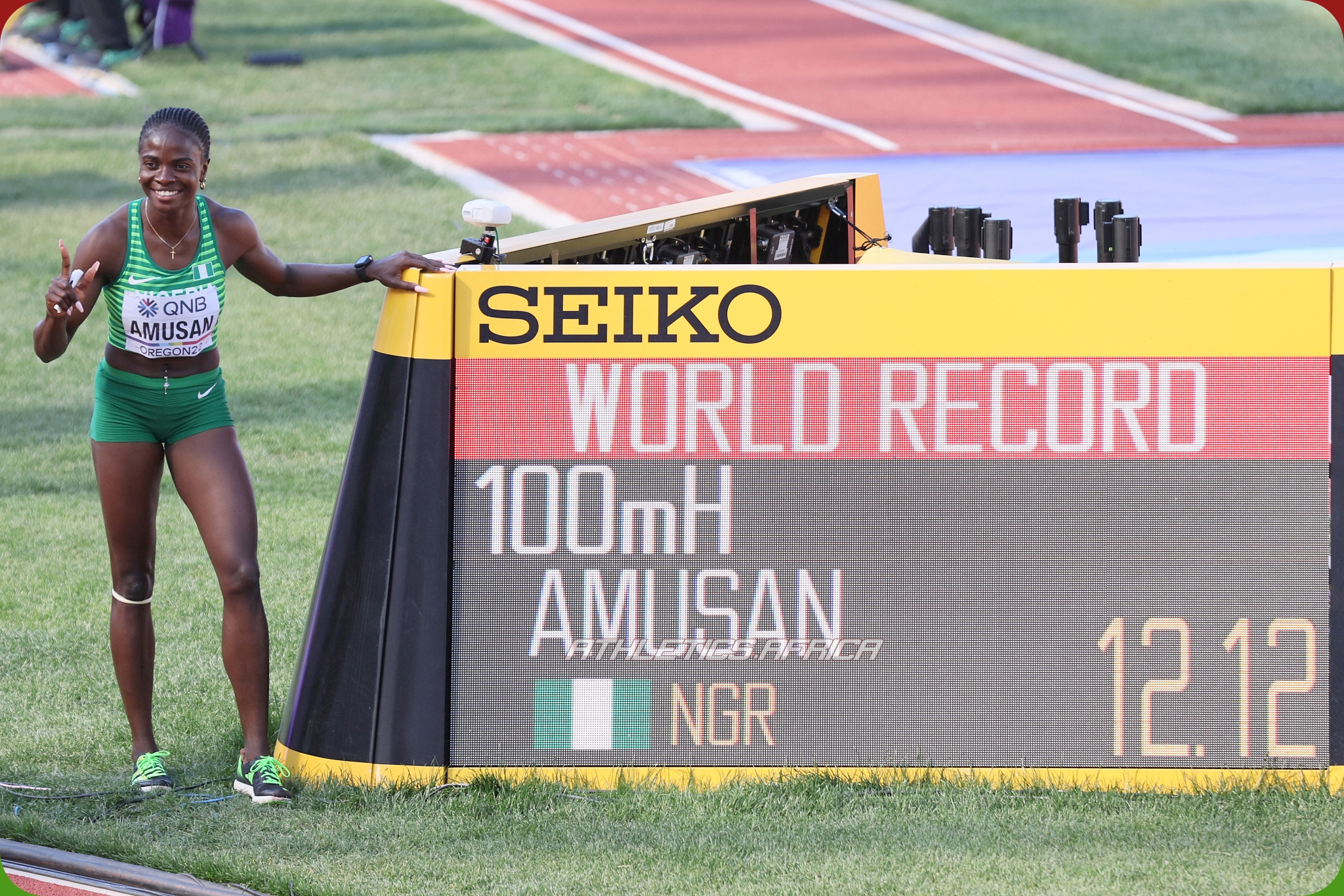 Tobi Amusan had already become the first Nigerian woman to set a world record, clocking 12.12 (+0.9m/s) in the semi-final earlier in the evening.

She advanced to the finals with that world-record time, beating Kendra Harrison of the United States’ record, which had stood since 2016, by .08 of a second.

Less than two hours later, Amusan came back for the final and ran another spectacular race to secure her first global gold medal and the first ever for Nigeria at a World Championships.

“I believe in my abilities, but I was not expecting a world record at these championships,” said Amusan.

“You know, the goal is always just to execute well and get the win. So the world record is a bonus. I knew I had it in me, but I could not believe it when I saw it on the screen after the semis.”