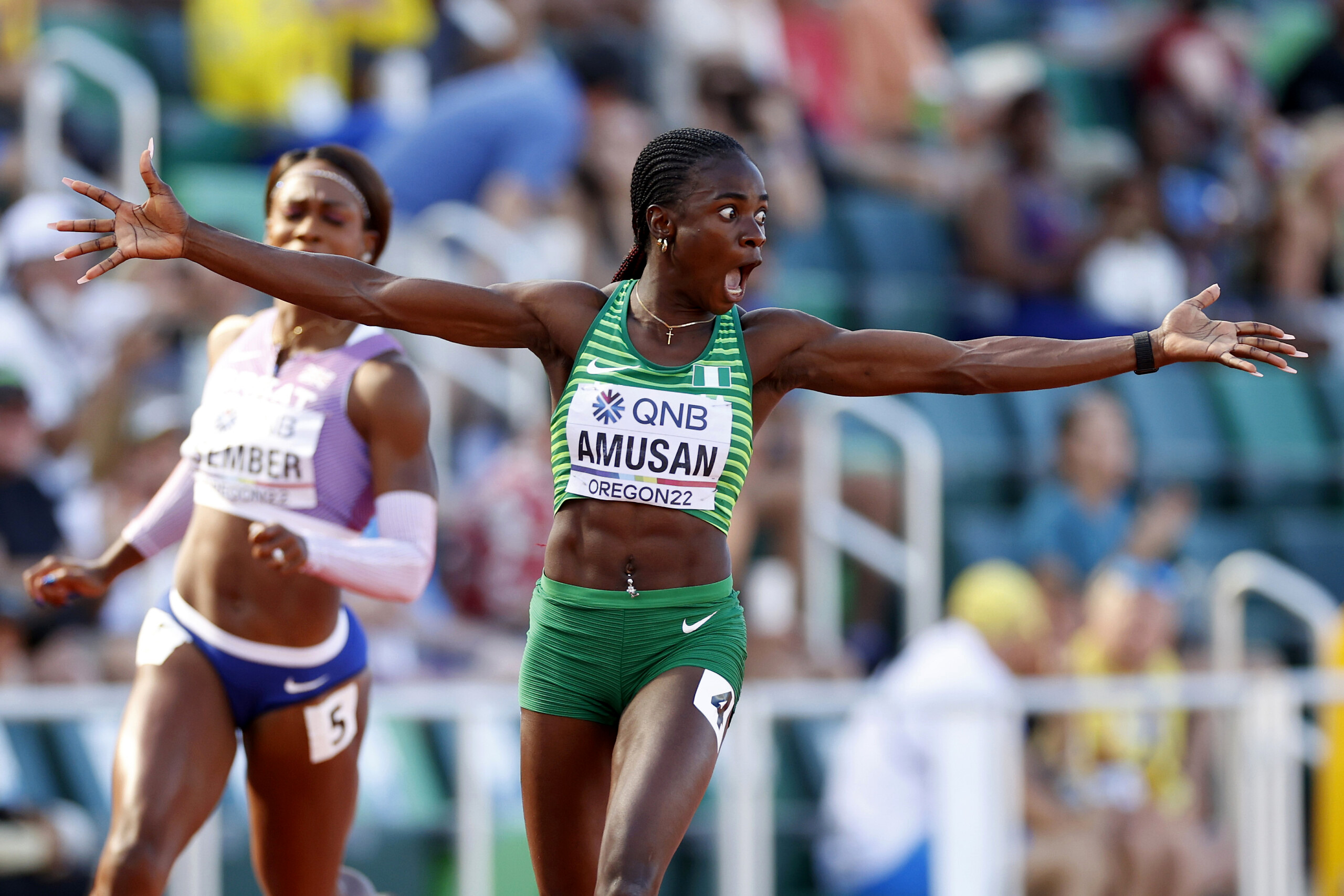 Tobiloba Amusan sped to a 12.12 (+0.9m/s) clocking in her semi-final to break the world 100m hurdles record at the World Athletics Championships Oregon22 on Sunday July 24.

The Nigerian had set an African record of 12.40 secs on Saturday to win her heat, the fastest first-round time in World Championships history. But even so, few would have predicted that the 25-year-old was in form to challenge the world record of 12.20 set by USA’s Kendra Harrison in 2016.

“I wanted to get out and go,” said Tobi Amusan. “I did what I had to do. Now I’m looking forward to the finals.”

Harrison, who was also in Amusan’s heat, finished second in 12.27, the third-fastest time of her career, and 2015 world champion Danielle Williams was third in 12.41.

Five of the eight athletes set lifetime bests, with Cindy Sember clocking a British record of 12.50, Michelle Jenneke of Australia running 12.66 in fifth and Ditaji Kambundji recording 12.70 in sixth.

Watching Tobi blast out of the blocks in the first round heats to break her African record on Saturday, It was clear that she’s in great condition and form to win the title.

“I did not know I was going that fast. The aim was just to qualify,” said Tobi on Saturday.

“At these championships, I am aiming for the podium for sure and want take the fastest time, trying to execute well. I trust my hard work so I am just going to come out here and do what I have to do.”