African athletes in search of glory at 2019 World Athletics… – AthleticsAfrica 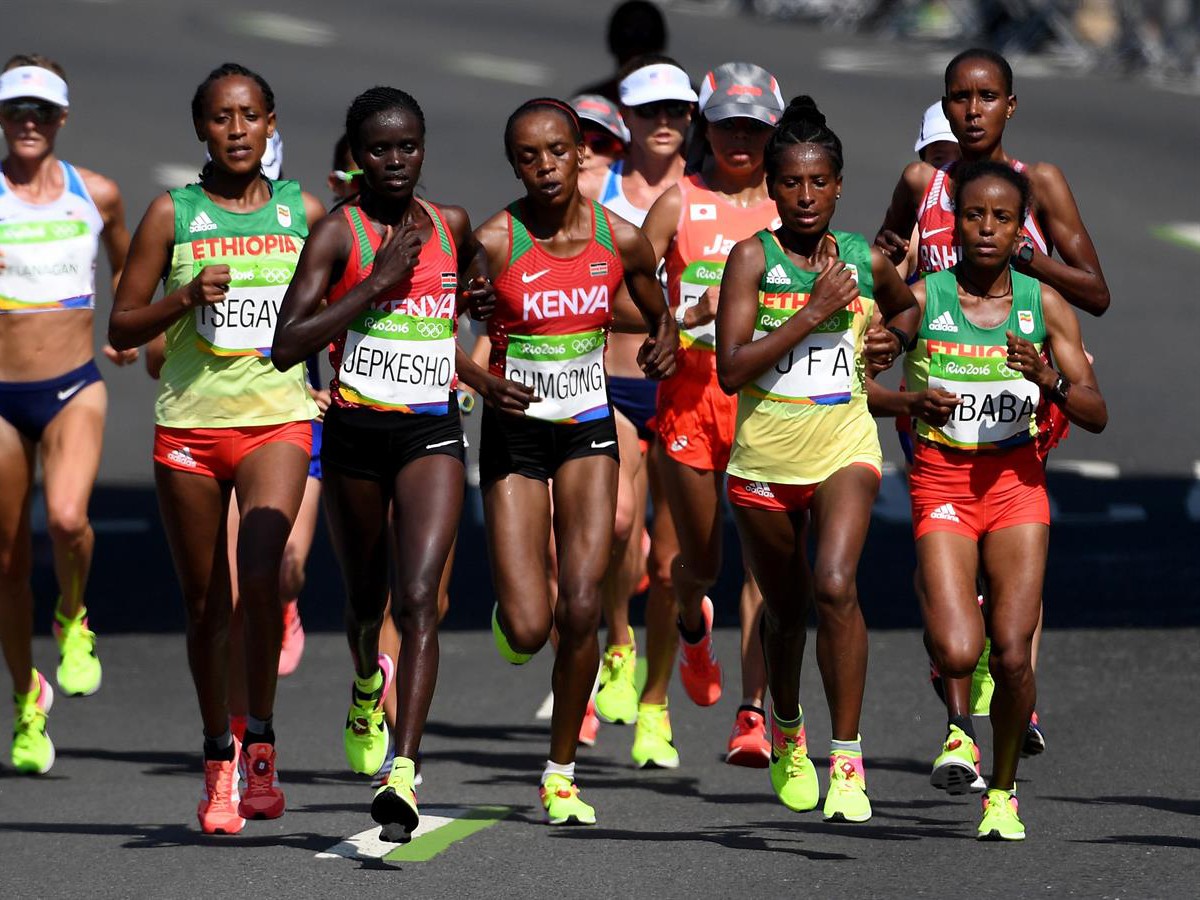 The 17th edition, definitely promises an exciting race with the participation of `newbies’ in the absence of notable ones.

Disheartening though, a number of the continent’s big guns won’t be available for the global show-piece due to injuries.

South Africa’s Wayde van Niekerk won’t be defending his 400m title as he continues to recover from a knee injury while Ethiopia’s Genzebe Dibaba, World 1500 champion is sidelined due to an injury on her right foot.

Meanwhile, for refusal in taking hormone therapy to reduce her level of testosterone as directed by the IAAF under new eligibility regulations for Athlete with Differences of Sexual Development (DSD), Africa’s foremost 800m runner Caster Semenya is absent from Doha and will not defend her 800m title.

This, however does not in any way diminish the quality of Africa’s prowess in Doha, rather it increases the chances of upcoming talents to write their names in the sands of time.

Nigeria’s Divine Oduduru is a potential contender in the male 100m and 200m. The 22-year-old has enjoyed impressive progression since his first national team appearance at age 16.

Though with injuries which marred his career as he went on to the collegiate circuit at age 19,
via scholarship at Texas Tech University, he would go on to win the NCAA 200m title with a time of 20.28 in Eugene in 2018.

Also, an impressive season for the Nigerian born saw him win the NCAA 100m title in 9.86 seconds as well as a world lead this term in 200m with 19.73 seconds in June.

Oduduru, whose lifetime 100m best time is a hundredth second shy of Africa’s fastest man, Olusoji Fasuba‘s 9.85 secs African record – set in 2006, will be keen to reciprocate this form in Doha.

Reigning African Champion, South Africa’s Akani Simbine is also one to contend for a podium finish. He finished in 10.25 in Asaba 2018 and has maintained a good form this season, racing to a 9.93 at the London stop of the Diamond League and clocked 9.99 at the Berlin IAAF World Challenge.

The `newest kid on the block’ Raymond Ekevwo is sure to make a statement after clocking the first sub-10-second of his career – a 9.96 to win gold at the African Games in Rabat, Morrocco last month.

His exploits in Rabat earned the 20-year-old his first continental title at any level after becoming the first Nigerian man to win 100m gold in 12 years at the African Games.

If Ekevwo, reciprocates his fine form over the last five years of his career, in Doha, then the continent can be confident of a great outing.

The Women’s 100m and 200m boasts of numerous outstanding talents and would be a tough one to predict the outcome.

GB and NI’s Dina Asher Smith as well as Jamaica’s duo of Shelly-Ann Fraser-Pryce and Elaine Thompson confirmed participation and would
be favourites ahead of their African counterparts.

However, Cote d’Ivoire’s Marie-Josee Ta Lou is one to walk her way to the medal mix. Ta Lou has a clocking of 10.86 to her credit for a silver medal, narrowly missing out on the gold medal at the World Championships in London, two years ago.

The current African champion moved up to set a new National Record of 22.08 also at the event in London to clinch silver in the 200m.

In the 100m hurdles,  Nigeria’s TTobiloba Amusan will be confident of a podium finish following the spectacular season she has enjoyed so far.

Amusan clocked a PB of 12.49 in July and went on to win the ISTAF meeting in Berlin in 12.51. After grabbing gold medals at the 2018 African championships in Asaba as well as the 2019 African Games in Morocco, it’ll be no news if the Nigerian earns herself a medal.

With Semenya out of the way, U.S Ajee Wilson is one to beat at the 800m women’s event. After a third place finish in London 2017, Wilson, with a run of 1: 57.72, the fastest woman in the field this term will ensure a gold medal in her bag.

Wilson and a host of others will ensure a tough race for Kenyan Eunice Sum, but the 2013 World champion and a third place finisher in 2015, experience could make it count for the East African.

On the other hand, the men’s 800m creates an exciting atmosphere for African athletes. Kenya’s Emmanuel Korir, second fastest Kenyan ever behind World record-holder David Rudisha after clocking 1:42.05 at the IAAF Diamond League in London last year, and Botswana’s Nijel Amos, the event is one Africa would definitely stick it’s head high.

With Ethiopian Dibaba not in Doha, The Netherland’s Sifan Hassan, Kenyans Hellen Obiri, the defending champion and Agnes Tirop are the trio to watch in the women’s 5,000m.

The long distance races, however is definitely going to be a beehive of exciting activities for the continent as countries like Kenya and Ethiopia will find their way making history once more for Africa.

Also, the field events sees Nigerian record-holder Chukwuebuka Enekwechi at the
shot put event as well as Ese Brume, who is the third jumper this season to leap beyond seven metres this season, could find their
way into the medal mix at the Khalifa International Stadium.

Moreso, the highlights of the 10-day event will be the introduction of midnight marathon, mixed relays and split evening sessions. The continent is hopeful that the new developments would be in her favour.

African athletes would be certain to give their best in the biennial event, with over 2000 athletes from 210 countries competing in Doha, Qatar.