“I proved what I can do“ – Kenenisa Bekele – AthleticsAfrica 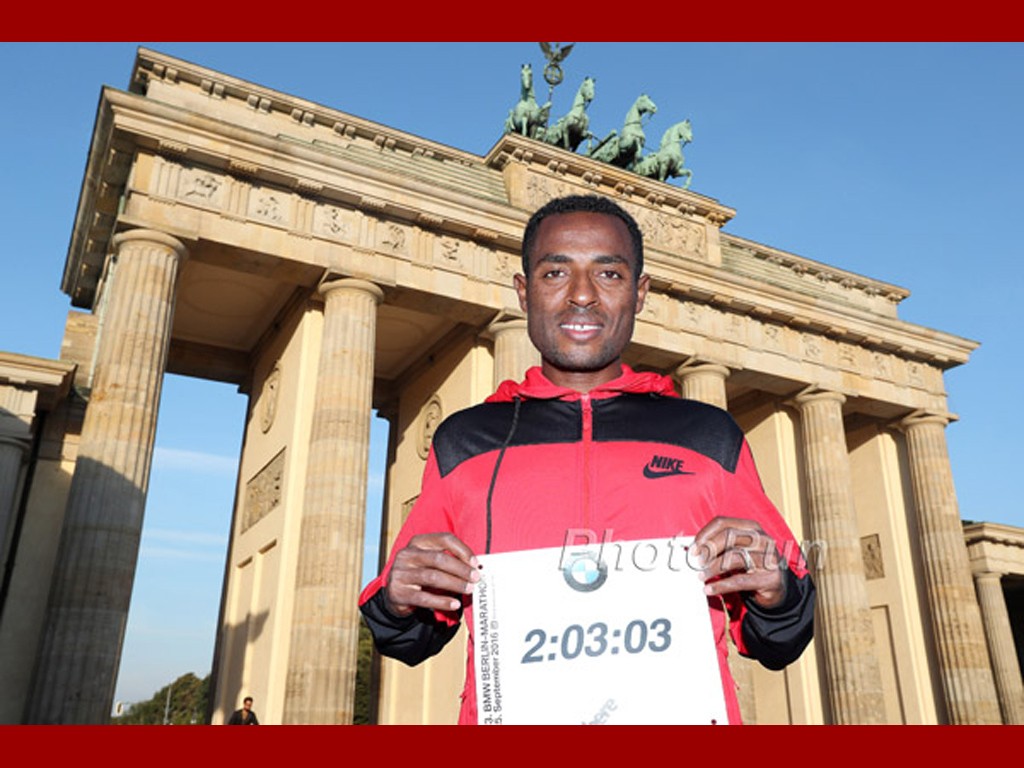 It was one of the best duels in marathon history and with his victory Kenenisa Bekele proved himself once and for all that he is a world class performer at the distance.

The 34-year-old Ethiopian’s win in 2:03:03 in the BMW BERLIN-MARATHON on Sunday, a mere six seconds outside the world record, was the second fastest ever on an officially approved course and the fastest in the world this year.

It also gave Bekele particular satisfaction in making him the Ethiopian record holder. That honour had belonged to another legend of distance running, Haile Gebrselassie, who broke the world record here in Berlin with 2:03:59 in 2008.

Given Sunday’s performance, the world record of 2:02:57, set by Kenya’s Dennis Kimetto in Berlin two year ago, is very much within Bekele’s reach. Opinions were divided beforehand whether Kenenisa Bekele could produce such a strong performance since the previous races in his marathon career had been an emotional rollercoaster.

He made his debut in Paris in 2014 with a speedy 2:05:04, a time which Bekele described in the week before Berlin as “slow, compared to the top runners.” He didn’t exactly make headlines with fourth place in Chicago six months later, clocking 2:05:51 and failed to finish Dubai in January 2015.

A return of the achilles injury which had troubled him for so long left the 5 and 10,000m world record holder operating on an apparently restricted training regime but he made an impressive return with third place in 2:06:36 in London in April 2016.

To his dismay, this wasn’t enough to convince the Ethiopian selectors that he was worth a place in the Olympic marathon team for Rio.

Three times on Sunday, Wilson Kipsang, the eventual runner-up in his own personal best of 2:03:13, led by between 5 and 25 metres, yet every time Kenenisa Bekele fought back to draw level.

Was he surprised to be able to call on such reserves? “No, I knew I had trained well and what I could run. Between 25 and 35 kilometres I had a few problems but I knew what my strengths were,” reflected Bekele.

“If the federation select me, I’ll run the World Championships in London” ~  Kenenisa Bekele

He showed in Berlin on Sunday that he is capable of breaking the world record. Bekele is sure he can run faster than 2:03:03.

“The race was fantastic but I must make a couple of changes in training,” he said, having made sure he had his own physiotherapist accompany him from Addis Abeba to Berlin.

Achieving his second goal, that of winning the Olympic marathon title, appears to be less likely. Rio would certainly have been his best chance. “I believe the selectors understand now why I complained at the time at not being selected.

I’ve proved what I can do by this race in Berlin,” said Kenenisa Bekele. But his manager Jos Hermens believes there may still be a chance of fulfilling his Olympic dream: “In 2020 Kenenisa will be 38 – why not? You should never give up. I see a career as being like a candle which, of course, at some stage goes out. But in recent years Kenenisa’s has not been burning much.”