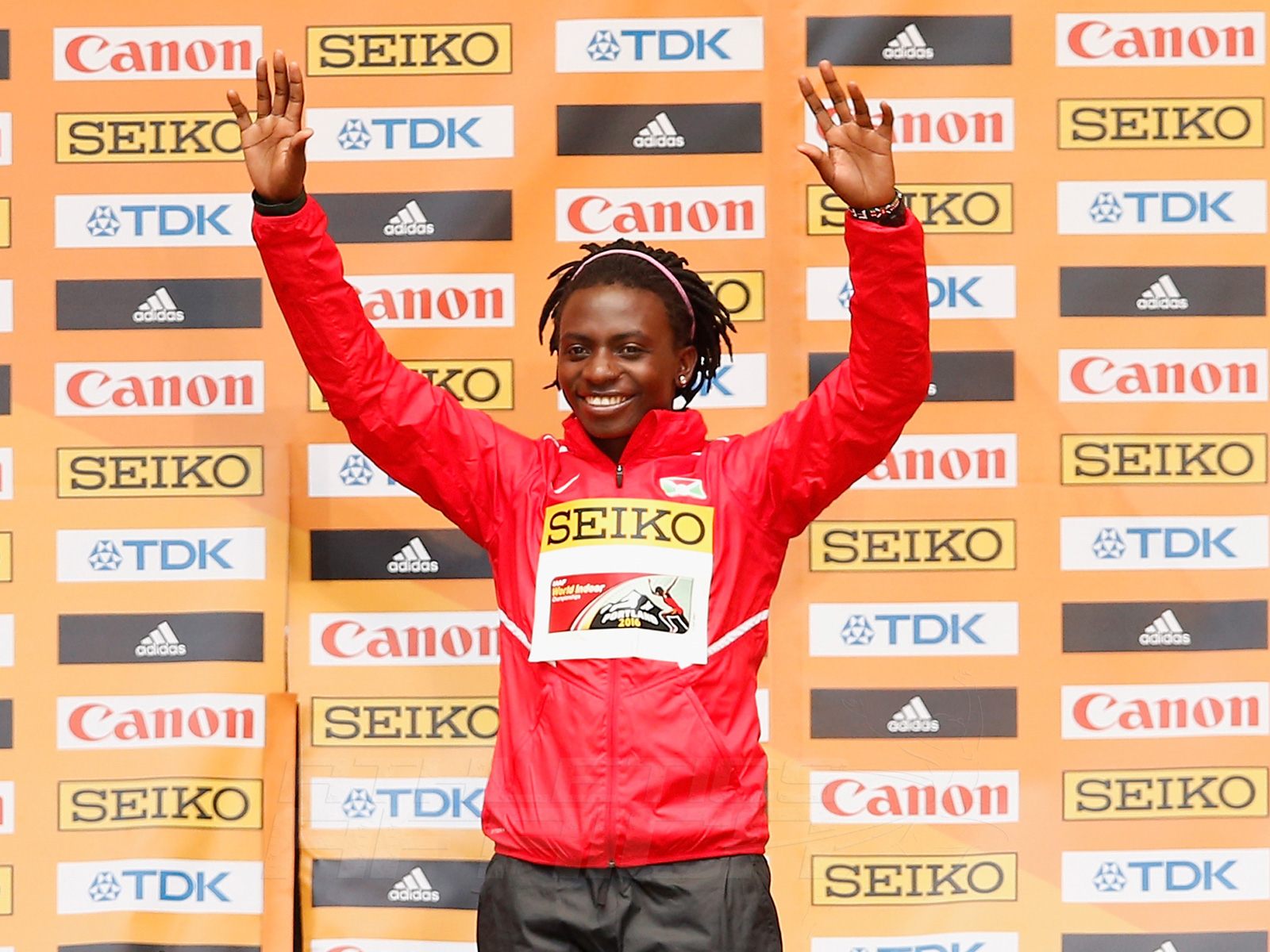 Gold medallist Francine Niyonsaba of Burundi during the medal ceremony for the Women's 800 Metres during day 4 of the IAAF World Indoor Championships at Pioneer Courthouse Squareon March 20, 2016 in Portland, Oregon. (Photo by Christian Petersen/Getty Images for IAAF)

Burundi had waited 23 years for a world indoor medal and now – like waiting for a bus – two have shown up in quick succession – from Antoine Gakeme and Francine Niyonsaba.

USA’s Ajee Wilson, the world leader going into the race, dashed to the front in the first 100m and the pace then steadied as the field settled behind her, covering the first lap in 29.23.

Kenya’s world junior champion [link id=”497″ tax=”post_tag” text=”Margaret Wambui”] then moved into the lead on the backstretch of the second lap, but her lead was short lived. 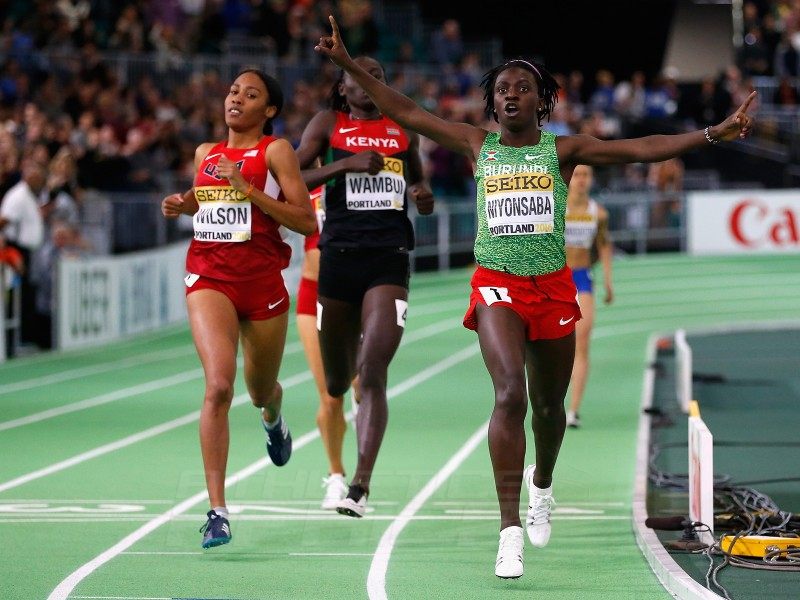 Francine Niyonsaba of Burundi wins gold in the Women’s 800 Metres Final during day four of the IAAF World Indoor Championships at Oregon Convention Center on March 20, 2016 in Portland, Oregon. (Photo by Christian Petersen/Getty Images for IAAF)

With 1:29.78 on the clock as the bell sounded for the final lap, Niyonsaba had built up a lead of about two or three metres as she began to kick. Wilson had Wambui in her sights and gradually began to close on her.

Francine Niyonsaba, though, was out in front as she approached the finish, crossing the line in 2:00.01.

Ajee Wilson passed Margaret Wambui in the closing stages to take silver in 2:00.27 while Wambui held on for a PB of 2:00.44 in third.

Wilson’s teammate Laura Roesler looked to be in contention at the start of the final lap but was unable to catch the leading trio and finished fourth in 2:00.80.