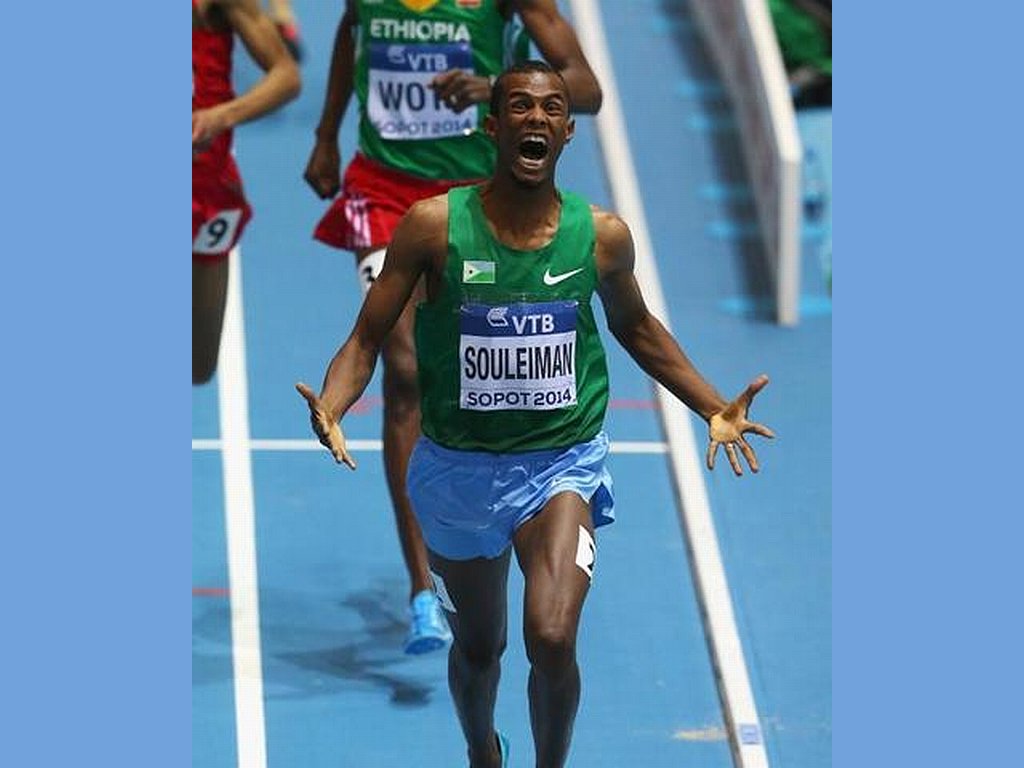 Djibouti’s Ayanleh Souleiman won his tiny East African country’s first ever gold medal in a global athletics competition when he sped to victory in 3:37.52. 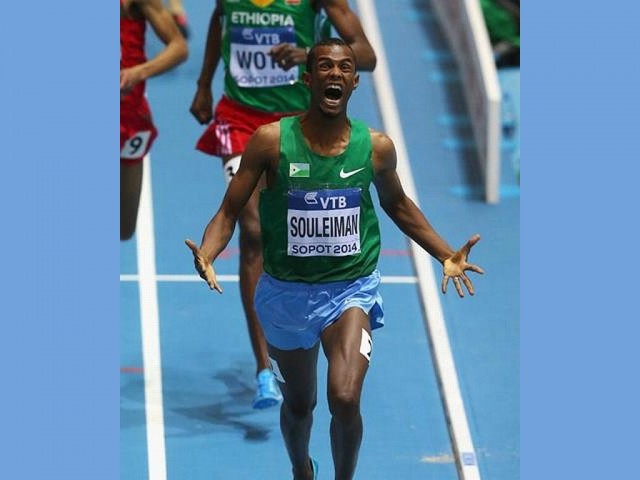 More than 20 years have elapsed since the marathon silver medals by Ahmed Salah at the 1987 and 1991 World Championships, and he also got a bronze medal at the 1988 Olympic Games.

Souleiman put Djibouti back on the sporting map with his 800m bronze medal at last summer’s World Championships and the Djibouti national anthem rang out across an athletics stadium for the first time at a world championship.

Ethiopia’s Aman Wote collected the silver medal with 3:38.08 to make amends for finishing fourth in the 2012 edition of these championships, having moved into a medal position with just over two laps to go.

Morocco’s Abdalaati Iguider could not retain his 2012 title but took home the bronze medal, coming home in 3:38.21, to add to his London 2012 Olympic Games medal of the same colour.

In this article:Ayanleh Souleiman, IAAF, Sopot 2014