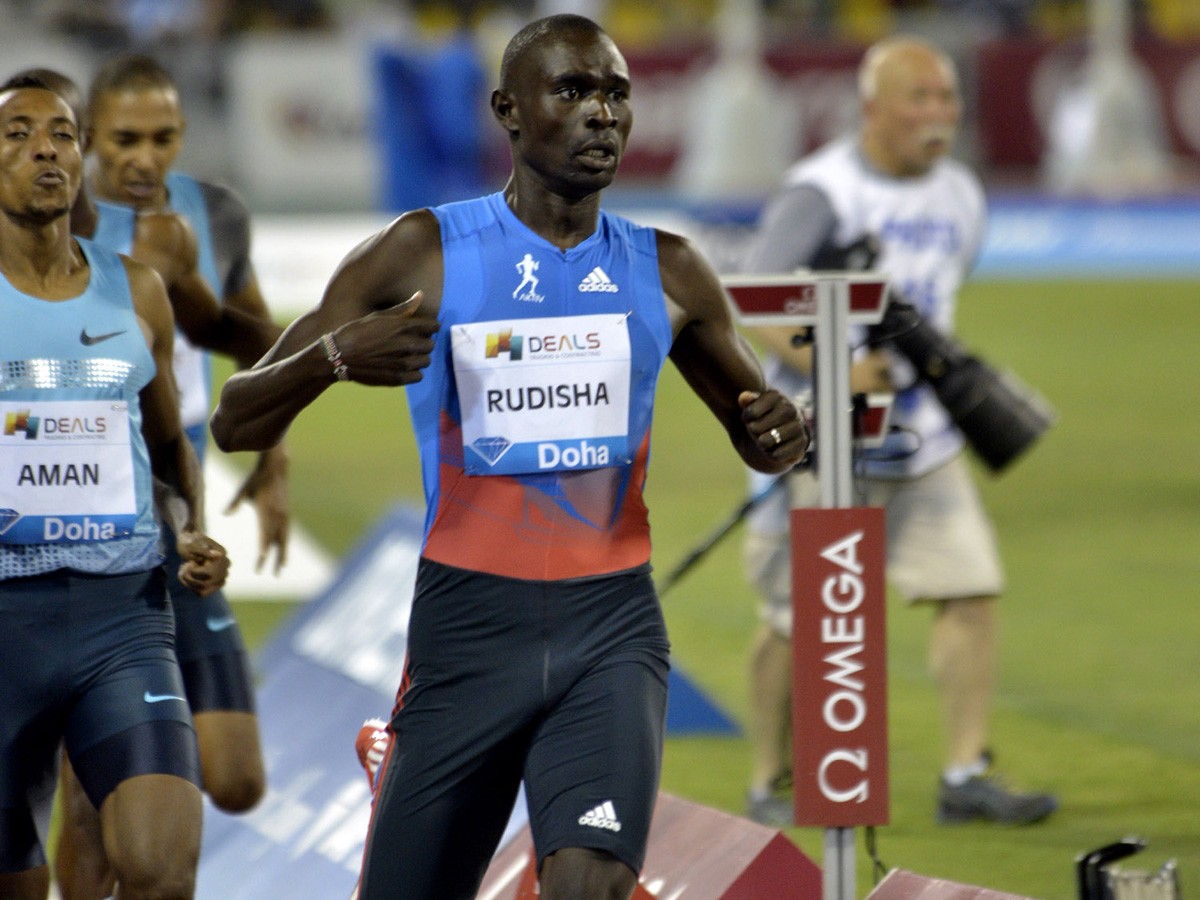 After being forced to take a months-long break from running, [link id=”81″ tax=”category” text=”Kenya”]’s David Rudisha had to miss out Weltklasse Zürich 2013. He now returns to Letzigrund Stadium – with a smile and as a leader in the 800m Diamond Race.

It will be his fifth appearance in Zurich. He would like to win for the third time – and end a difficult, yet impressive comeback season on a positive note.

It takes courage and passion to compete at the highest level knowing that you are not quite back to your former self. Especially, if you are [link id=”198″ tax=”post_tag” text=”David Rudisha”] and had a reputation of being virtually unbeatable until two years ago.

“I am at 85, maybe 90% of my former shape. Due to my knee injury, I missed a lot of training. I only started to prepare for the season in March,” Rudisha explained.

Despite this very brief preparation time, the 26-year-old Masai and his coach Brother Colm O’Connell decided that it was best to compete again and to integrate races into his long-term training schedule.

As long as I understand why I have been beaten, I can live with defeat. And even though I am not in the shape of my life, I can keep up with the best athletes in my event –  [Rudisha]

“As long as I understand why I have been beaten, I can live with defeat. And even though I am not in the shape of my life, I can keep up with the best athletes in my event. I am glad about that, particularly when I think of the world championships next year. It’s just a matter of time before I am back in full shape.”

His next race will be the IAAF Diamond League final at Letzigrund Stadium. Five athletes are still contenders for the diamond; David Rudisha is one of them. And he has a score to settle: Two years ago, he was beaten by [link id=”256″ tax=”post_tag” text=”Mohammed Aman”] from [link id=”82″ tax=”category” text=”Ethiopia”].

“The 800m at Weltklasse Zürich will be my last race this year. It would be great if I could close the season by winning a diamond trophy. This race will be about winning. I don’t expect a crazy fast race. But I look forward to running fast again in the future.”