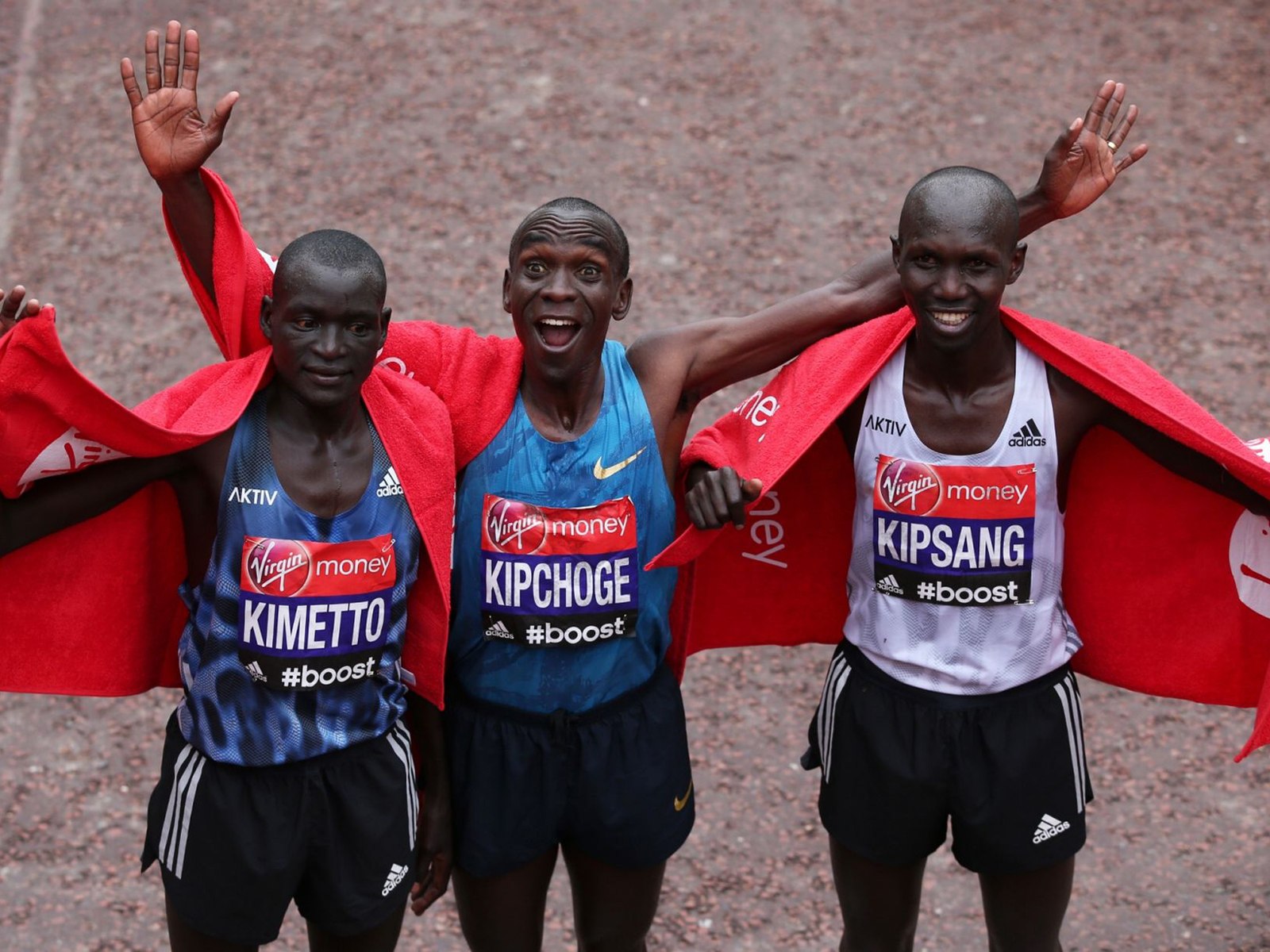 Kipsang had taken the New York title with a sprint finish six months ago, but this time it was the stockier, more punchy Kipchoge who had the edge, the former world 5000m champion clinching victory in the last half mile to deny the two-time winner his London hat-trick.

The pair had been locked together for nearly 26 miles, but there was to be no repeat of the inaugural winners’ hand-in-hand gesture from 35 years ago as Kipchoge finally broke the champion’s resolve to win by five seconds, handing Kipsang his first defeat in four races.