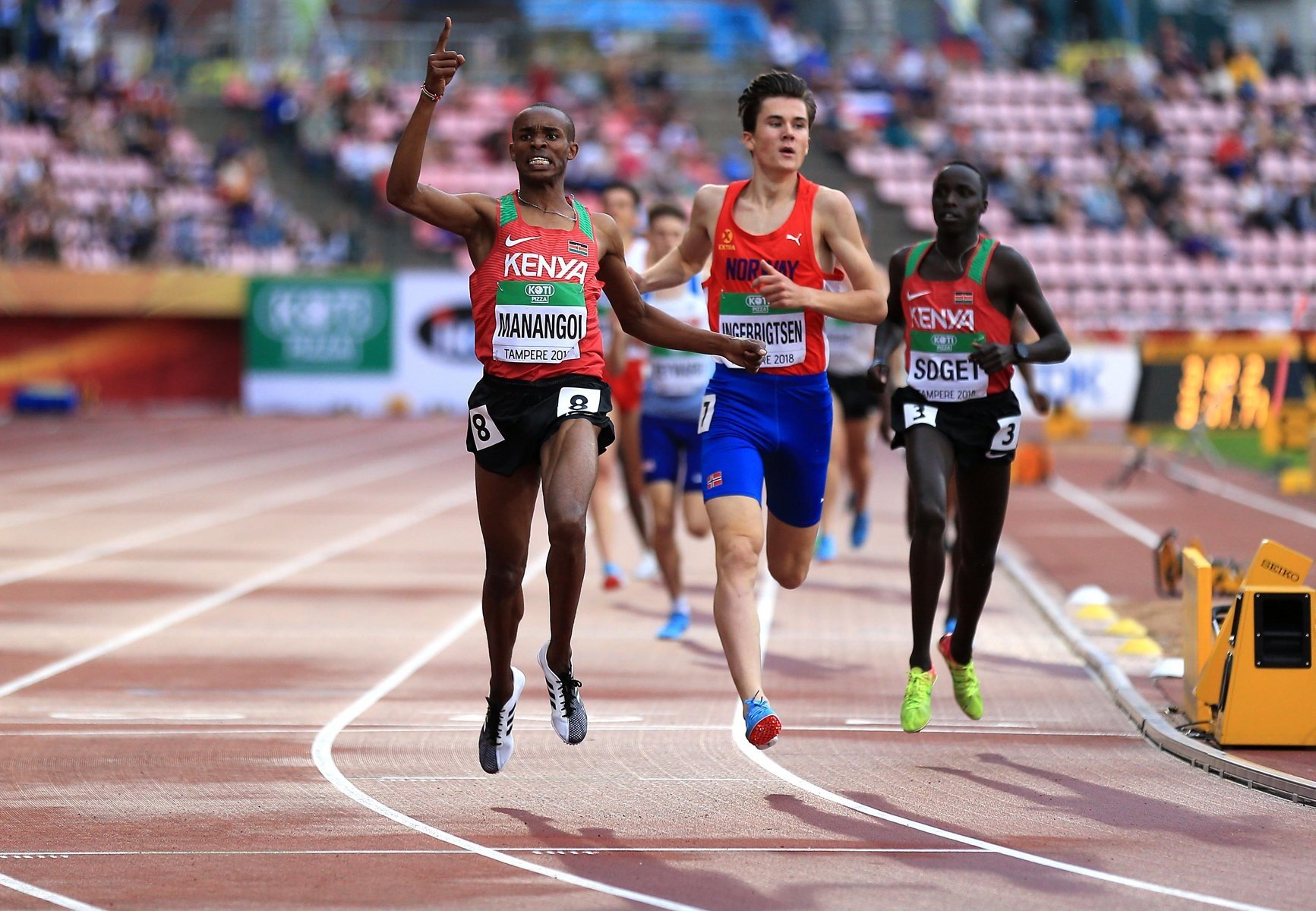 Kenya’s George Manangoi did his family name proud in the men’s 1500m final in Tampere on Thursday night, finding unfathomable reserves of speed and stamina to forge his way to victory in 3:41.71, outlasting Norway’s Jakob Ingebrigtsen, who took silver in 3:41.89.

It says much about the race’s quality that Samuel Tefera, the world indoor champion from Ethiopia, could only finish fifth in 3:43.91, but then again this was no ordinary world U20 final, but likely the best field ever assembled at this level.

The race started at a crawl, Kenya’s Justus Soget taking a hesitant lead and towing the field through 400m in 63.11. On the second lap, gold medal favourite Tefera gradually moved to the front, passing 800m in 2:05.74.

By then, the gears were turning throughout the pack, a ripple effect of panic and chaos breaking out as everyone tried to shuffle into position for the bell lap. 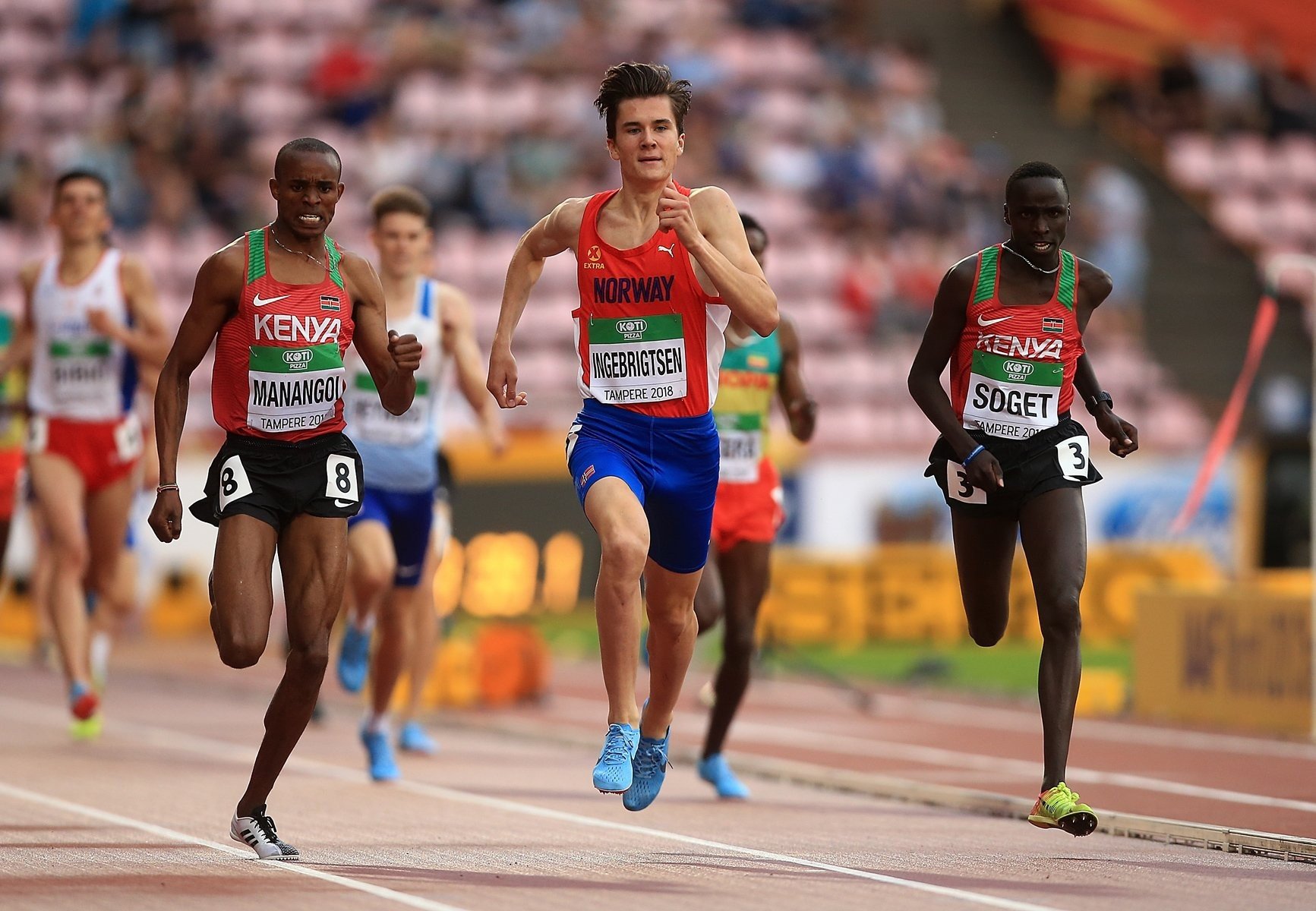 By then, Elzan Bibic of Serbia had gone for broke and launched himself up to second, but that was never going to last with the calibre of men in his wake.

Up the back straight, Tefera went all-in, churning out a ferocious tempo and leading into the final turn, but Soget and Ingebrigtsen were coming, ready to strike.

Soget was the first to go by, then Ingebrigtsen came over the top, wrestling to the front with mere metres to run. But finishing fastest of all, the forgotten man George Manangoi. 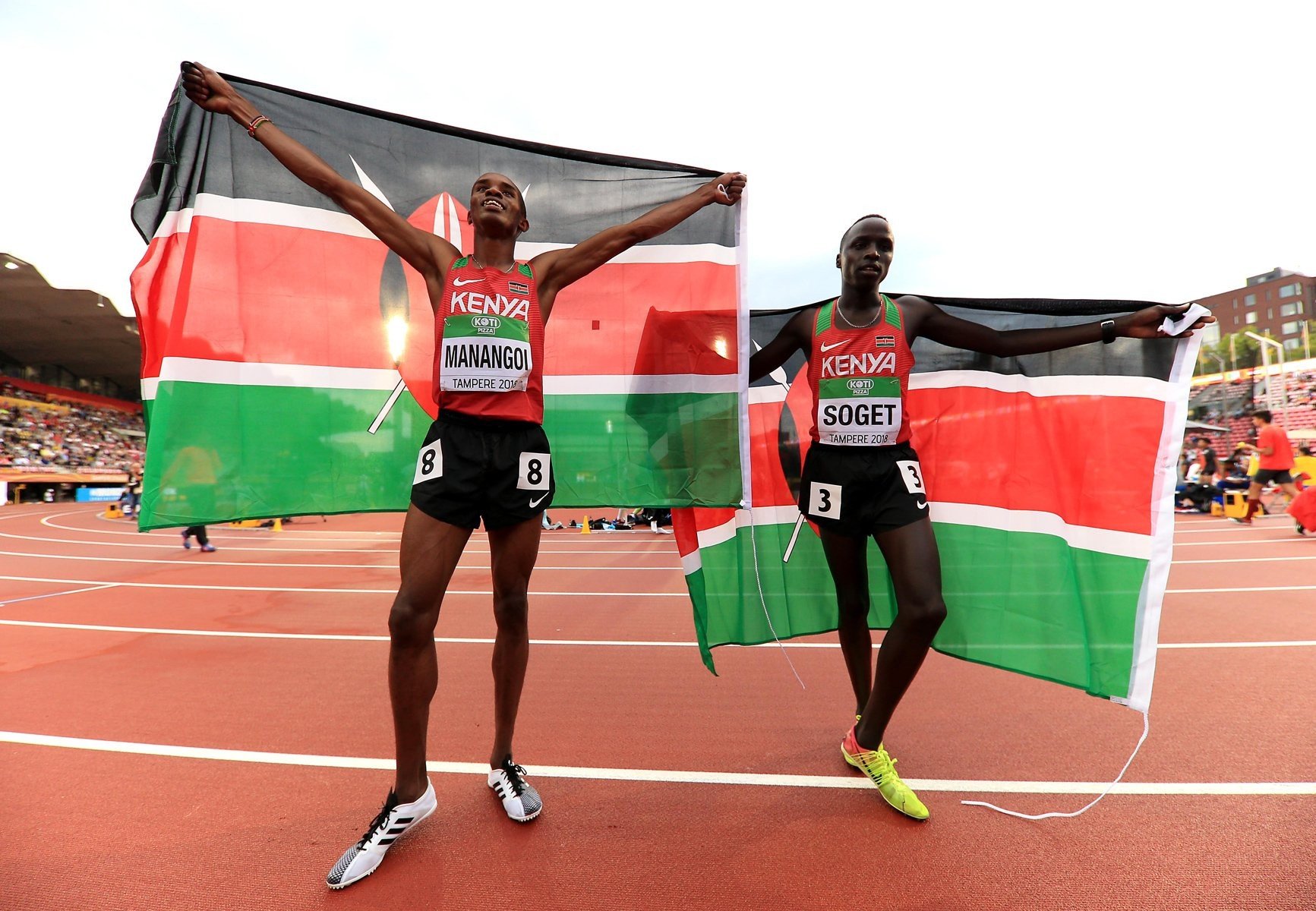 Manangoi, the world U18 champion, a younger brother of world champion Elijah, unleashed an irresistible finish to snatch gold in 3:41.71.

“I’m very grateful,” said Manangoi. “I wasn’t confident that I could win but I did my best and now I know I have the talent.”

Ingebrigtsen took a defeated look to his right near the finish, trying but unable to muster anything else, but still coming home for an excellent silver.

“I obviously wanted to go for the gold but I’m happy,” he said. “I had to run in lane two a lot, which is not a good thing but all in all, this was a great experience. I’m going to bed early now as I’m running the 5,000m final on Saturday.”

Back in third, Soget was content with his bronze, happy that he had done all he could. “I tried to kick as no-one else did but then they followed me and my body could not react in the final three metres,” he said. “I’m feeling very happy.”

(Reports by: Cathal Dennehy for the IAAF)