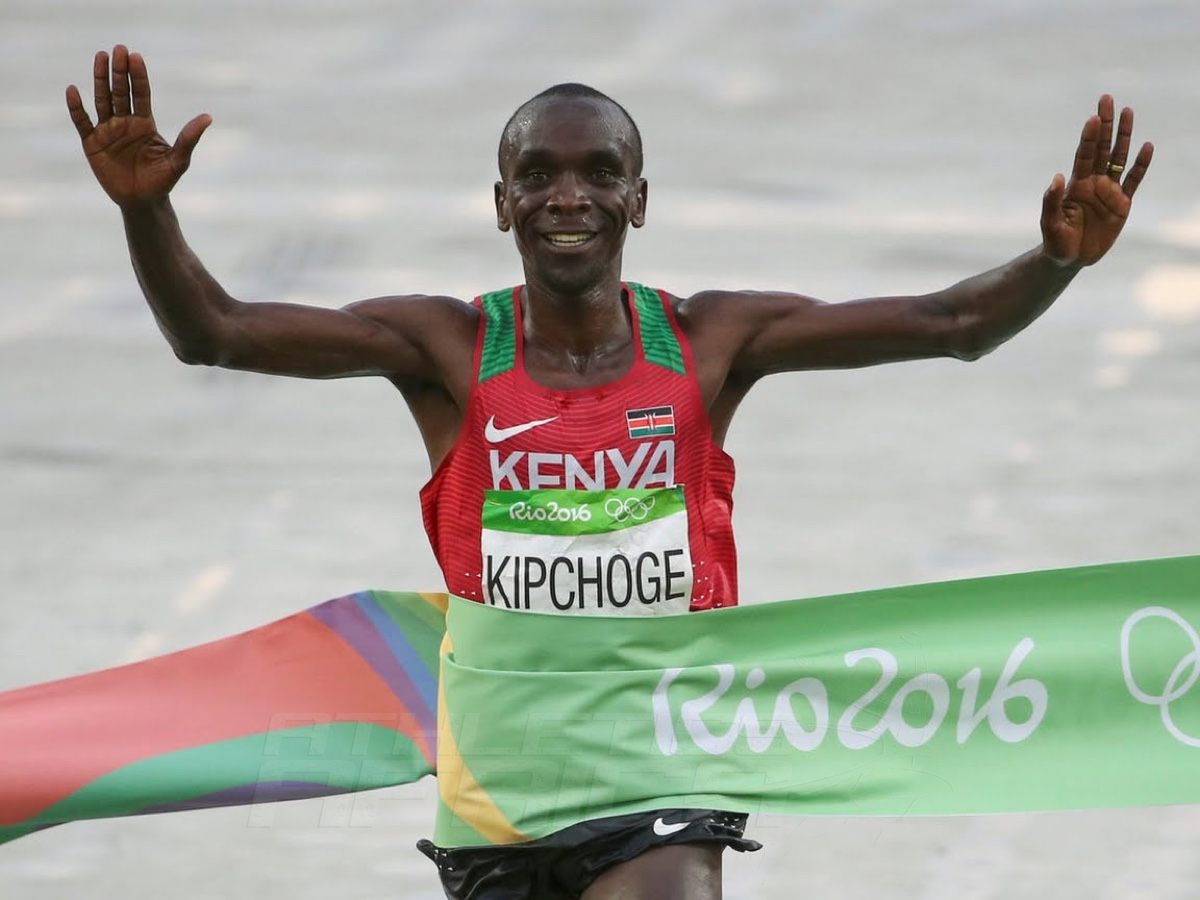 Kenya's Eliud Kipchoge winning the men's marathon gold on the final day of competition at the Rio 2016 Olympics in 2:08:44 / Photo Credit: Norman Katende

Kenya’s Eliud Kipchoge won the men’s marathon gold on the final day of competition at the Rio 2016 Olympics to maintain his dominance in the grueling distance event by winning in 2:08:44.

Eliud Kipchoge, 31, produced a fantastic push in the second half of the 42.1 km (26.2 miles) marathon to finish over a minute clear of second-placed Feyisa Lilesa of Ethiopia, who crossed the line in 2:09:54.

American Galen Rupp got the bronze medal in a personal best of 2:10:05 while world champion Ghirmay Ghebreslassie from Eritrea finished fourth in 2:11:04.

In rainy conditions on Sunday, no other runner was able to match the performance of the brilliant Kenyan, who stepped up a gear in the the last 15km. Kipchoge ran the second half of the course three minutes quicker than the first.

The men’s marathon began and finished at the Sambödromo, where every year Rio de Janeiro’s samba schools parade in the city’s world-famous Carnival. 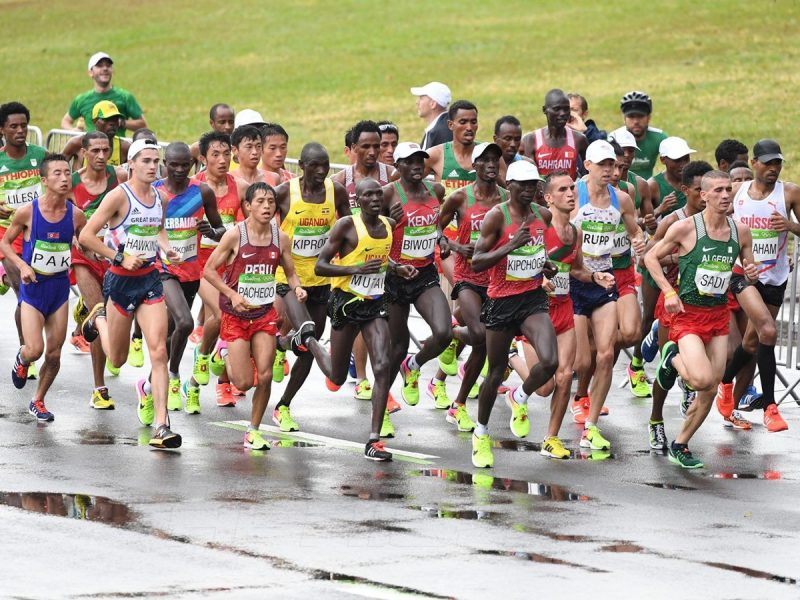 Men’s marathoners on the final day of competition at the Rio 2016 Olympics / Photo Credit: Norman Katende

“It was a championship and it was a bit slow so I decided to take over,” said a thrilled Eliud Kipchoge after the race.

“This is history, the first time the women and the men win (from the same nation at the same Olympics) and it is the best moment of my life.”

Kipchoge has now won seven of his eight marathons since his debut in 2013, including winning in London in April this year in the world’s second-fastest time ever of 2:03:05, just outside the world record time of 2:02:57.

Asked if he was the greatest, he was modest. “I can say that this was my best marathon in history as I won the gold medal. I don’t want to say I am the greatest.”

“What was in my mind was happiness that I have won the Olympic gold medal. The last two Olympics I had the bronze and silver medal so this 2016 Olympics is really crucial for me,” Kipchoge added.