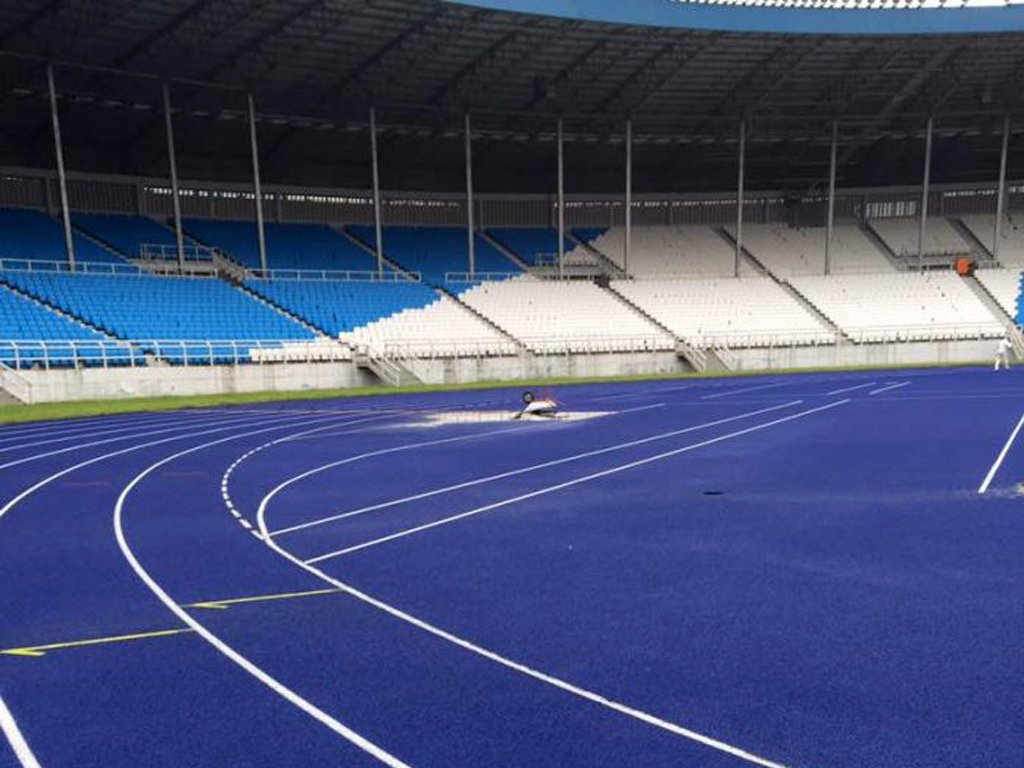 The new track of the Adokiye Amiesimaka Stadium will host the 2nd leg of the AFN Golden League. Photo Credit: Sunday Adeleye

The 2nd leg of Athletics Federation of Nigeria (AFN) Golden League meeting, which was originally scheduled to hold in Lagos from 26-27 January 2018, has been moved to the Adokiye Amiesimaka Stadium in Port Harcourt, Rivers State on same date.

A memo sent from the AFN secretariat – signed by the secretary Amechi Akawo – to clubs and state Athletics associations on Monday communicated the change.

The technical director of the AFN, Sunday Adeleye, told Making of Champions website that the switch was necessary due to concerns with the stadium facility in Lagos.

“We already have a lot of athletes in camp at the High Performance Centre in Port Harcourt so we feel that it is more convenient to hold the competition there since the bulk of athletes are already there. Also, there have been series of complaints about the facility in Lagos which we planned to use.

“First of all the excessive wind at the Yaba College of Technology would affect the times. Also, there are other technical issues that have to do with the track there. We didn’t want to have any problems with the ratification of the times run there.

“Furthermore, some of the equipment needed for the competition are not readily available in Yabatech and will have to be transported to the venue, and a lot of other challenges as well, so the Golden League is now holding at the Adokiye Amiesimaka Stadium, which has a beautiful new track which is complete.

“All the facilities are intact and the stadium had only been used for Football hitherto, so we are now taking Athletics there as well. The stadium is covered so that takes care of the issue of excessive wind.”