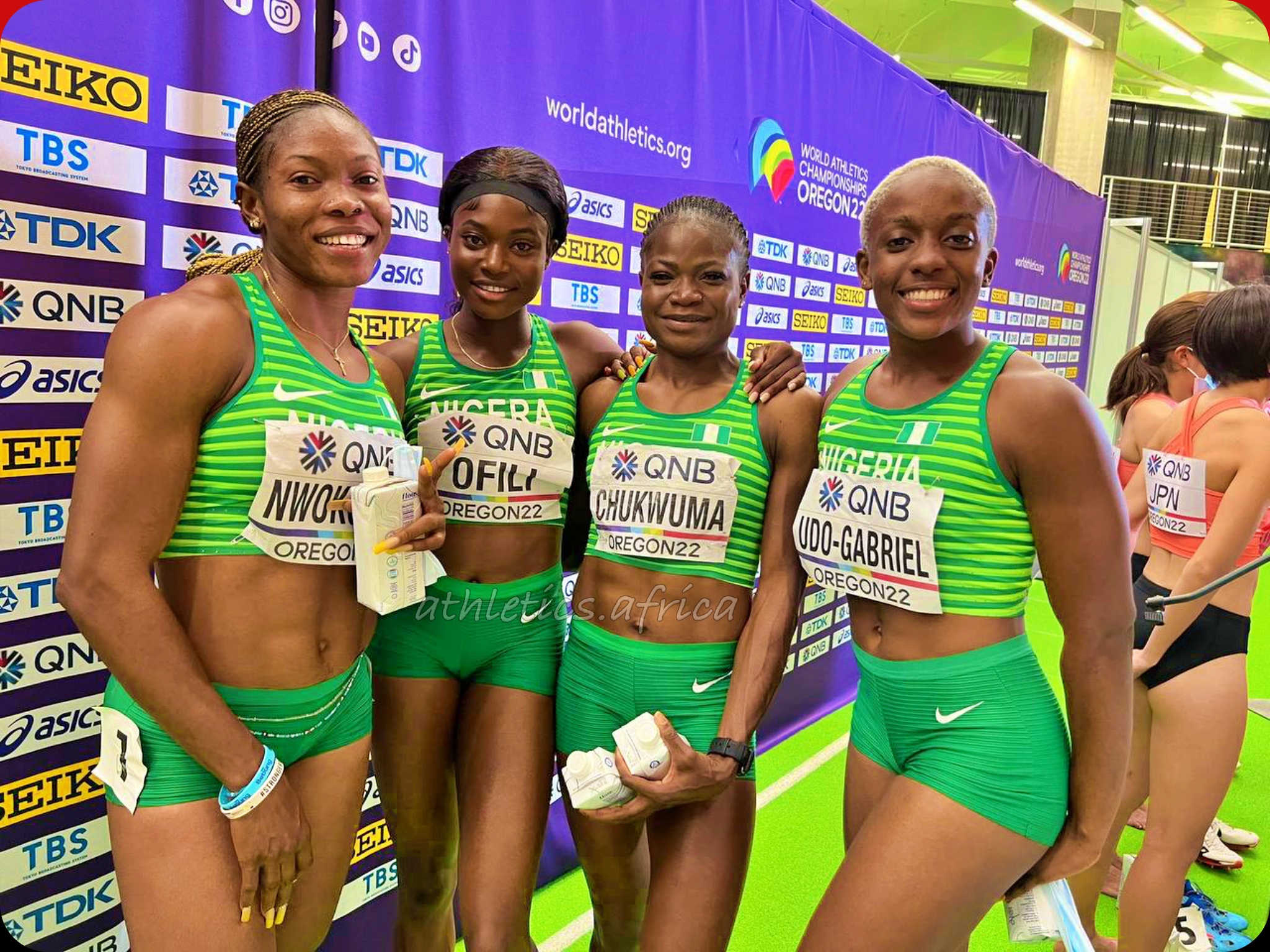 The Nigerian women’s 4x100m relay team finished third in its heat with a season’s best time of 42.68 seconds to receive an automatic qualifier spot into Saturday night’s final at the World Athletics Championships Oregon22.

Team Nigeria was the sixth fastest qualifier, a little more than a second slower than the U.S. team, which was the top qualifier at 41.56.

The team was made up of Joy Chinenye Udo-Gabriel, Favour Ofili, Rosemary Chukwuma and Nzubechi Grace Nwokocha.

Ofili said she “trusts the girls” and they all “trust themselves.” Looking forward, they plan on ample recovery.

Meanwhile, Africa will also be well represented Saturday in the men’s 4×100 metres final, with both Ghana and South Africa receiving automatic qualifiers by finishing third in their heats with times of 38.58 for Ghana, and 38.31 for South Africa. Both times were season bests.

Overall in the men’s relay, South Africa quartet of Henricho Bruintjies, Emile Erasmus, Clarence Munyai and Akani Simbine was the fourth overall qualifier, nearly a half second slower than the U.S. team, which qualified first in 37.87 seconds.

Oduro Manu said the goal in this first heat was to “make the final – play it safe.”

“Then, as you know,” Oduro Manu said. “In a final, anything can happen. So we’re gonna see what we could do in the final struggle.”

“We don’t expect nothing less than obviously the podium. We need to make sure everything’s in place.”

Amoah, who was the anchor for the Ghana team, was thankful for the results.

“I thank my coach and my team for trusting me in that last leg,” Amoah said. “I just wanted to make sure we pass the baton around.”

Oduro Manu said they plan on recovering by “watching over the race and see what went wrong”.

“We want to improve ourselves and use some recovery tactics,” he added.