A statement by Pieter de Jager, acting Office Manager and Technical Manager at [link id=”127″ tax=”post_tag” text=”Athletics South Africa”] announcing the ASA Youth team for the CAA Youth said: “Unfortunately we are restricted on the number of athletes that we can enter and athletes were selected on recent performances.

“The Board of ASA would like to take this opportunity to congratulate the athletes, their provinces and their coaches on their selection, and we know that they will make ASA proud with their performances.” 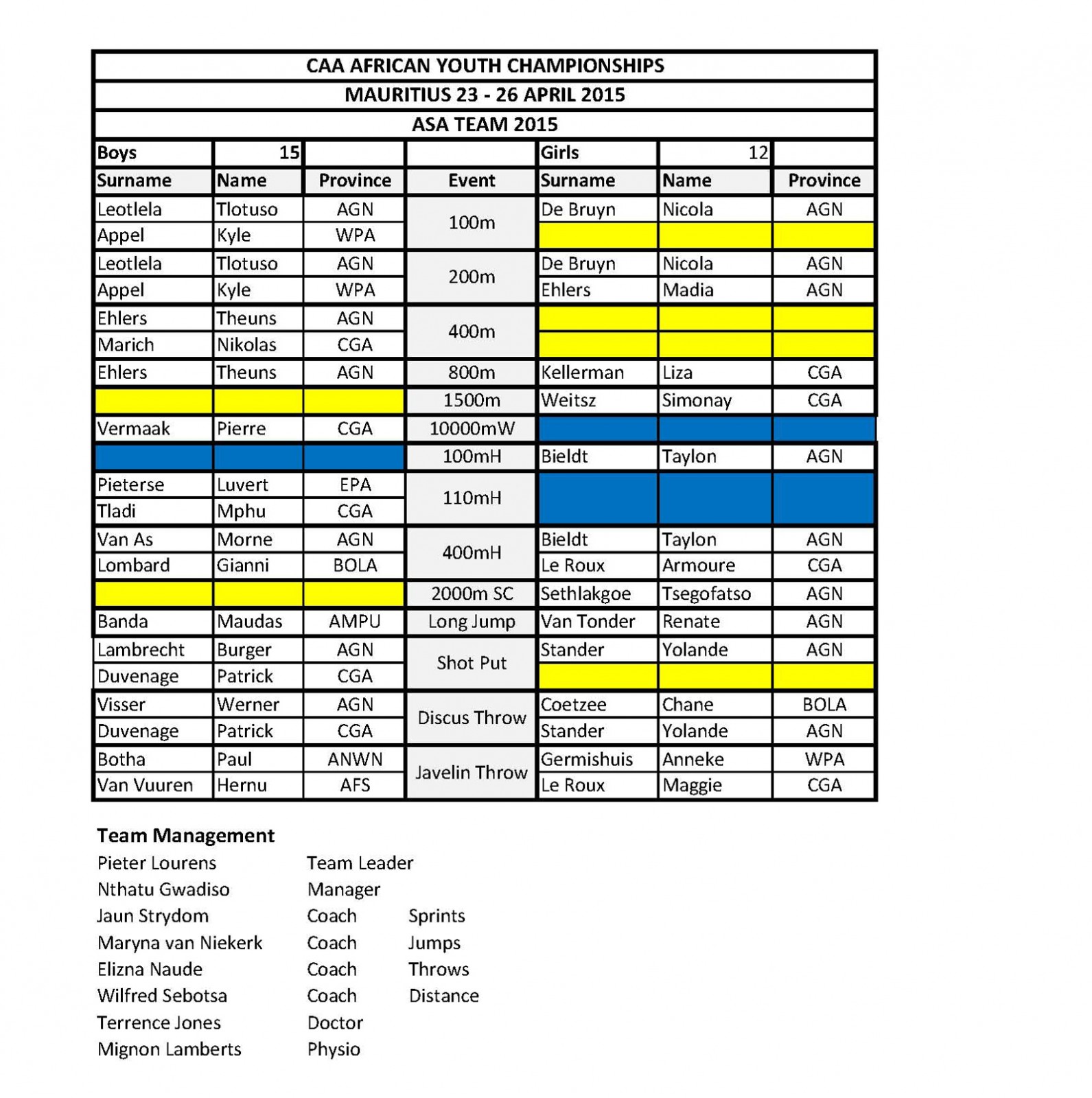