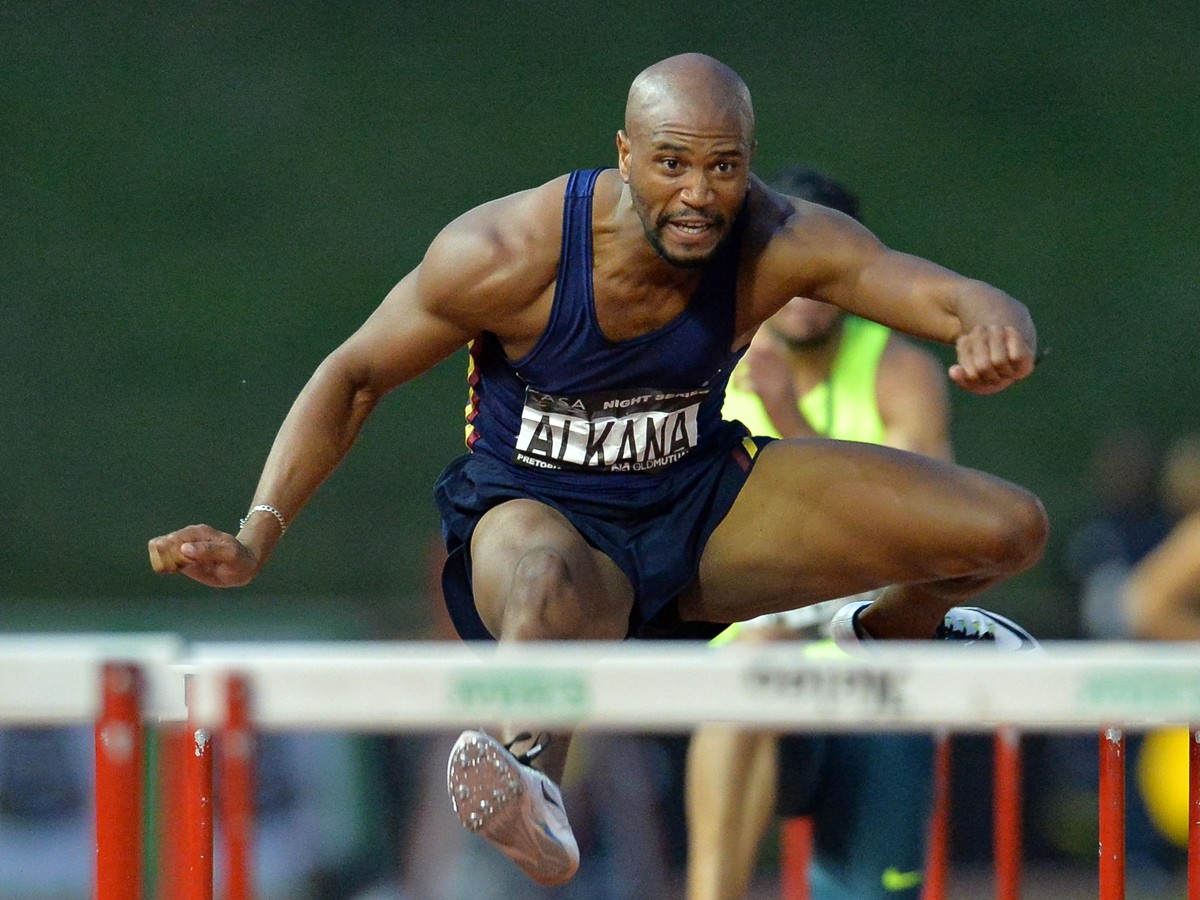 South African hurdlers Antonio Alkana and Le Roux Hamman were the star performers among a large group of SA athletes who competed at the IAAF World Challenge meeting in Dakar, Senegal on Wednesday.


Antonio Alkana won the Men’s 110m hurdles race in 13.40, crossing the line 0.12 outside the Personal Best he clocked at the Diamond League meeting in Rabat at the weekend. Greek athlete Konstadinos Douvalidis finished second in 13.52.

Pretoria giant Orazio Cremona again fell short of the Olympic qualifying standard of 20.50m in the men’s shot put, though he earned a podium place by grabbing third position with a best heave of 19.96m.

Franck Elemba Owaka of Congo took the win with a personal best of 21.01m.

Middle-distance runner Dumisane Hlaselo, who has also been chasing the Olympic qualifying standard of 3:36.20 for the last couple of months, again missed out by finishing fourth in 3:40.58 in the men’s 1500m race.

Cremona and Hlaselo should both have further chances to secure their places in the national team for the multi-sport showpiece, with seven weeks remaining before the Olympic qualifying deadline.

Former Olympian Tsholofelo Thipe took fifth place in the women’s 400m contest in 53.10, as Lydia Jele of Botswana held off Nigerian Patience George to win a tight battle up front in 52.18.

And Dylon Cotter ended seventh in the men’s long jump, producing a best leap of 7.60m into a -3.1m/s headwind, well behind American Jarvis Gotch who delivered an impressive 8.31m effort for victory, also into a strong wind.