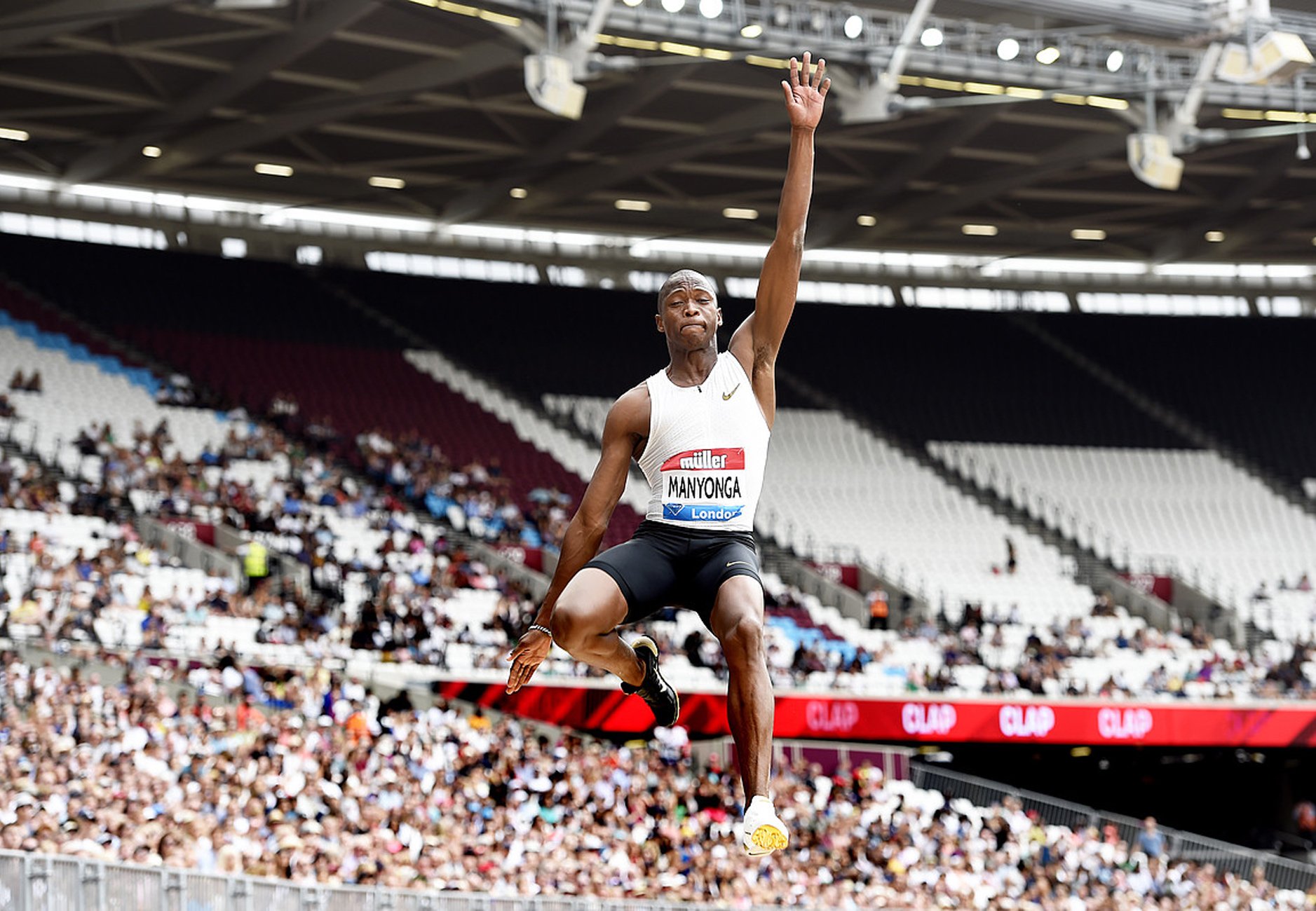 Luvo Manyonga (RSA) set a Meeting Record of 8.58m in the Men's Long Jump at the 2018 Müller Anniversary Games in London © Mark Shearman

World champions Caster Semenya and Luvo Manyonga were the standout performers, leading a large group of South African athletes by successfully defending their titles at the first of two finals in the IAAF Diamond League series in Zurich, Switzerland on Thursday.

Semenya, who lifted the Diamond League 800m trophy in 2016 and 2017, added a third straight series victory with a gun-to-tape win in the women’s two-lap contest.

Locked in a hard-fought tussle with countryman Ruswahl Samaai, world champion Manyonga catapulted himself 8.36 metres with his final attempt to clinch a narrow victory in the Long Jump Men. Samaai took second place with his fourth-round leap of 8.32m.

Cornel Fredericks put up a fight in the 400m Hurdles Men final, taking fifth place in 49.96 seconds in a race won by Kyron McMaster of the British Virgin Islands in 48.08.

Akani Simbine was scheduled to compete in the series finale in Brussels on Friday night, with the Commonwealth Games and African champion entering the blocks in the 100m Men race.

“Congratulations to our award-winning athletes for their achievements. It’s a pat on the back to their respective coaches and all their support staff for all the hard work.

“We are also very happy for all athletes who have had the chance to be part of the Diamond League because you only reach this level through performance. It’s been a long series and it tested our athletes well,” said Aleck Skhosana, the President of Athletics South Africa.