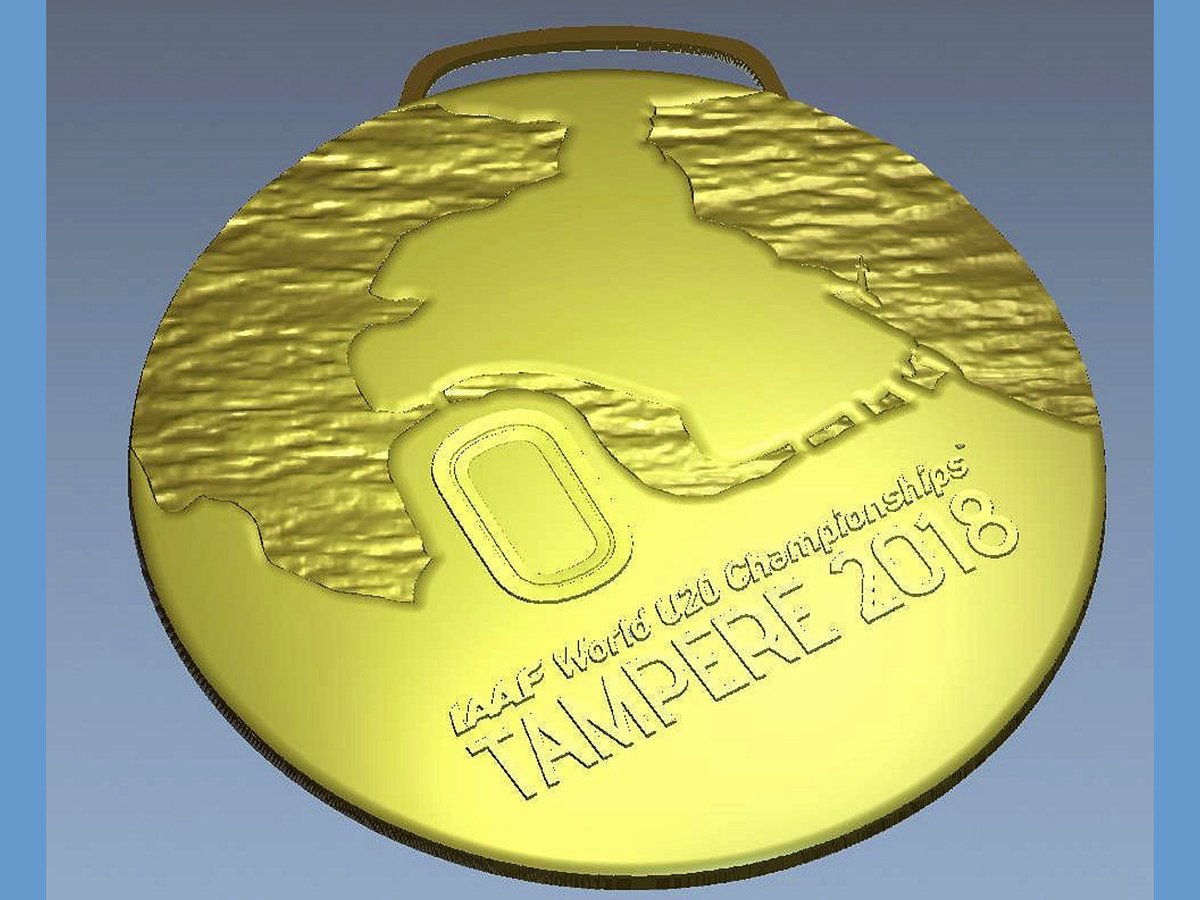 Medal for the IAAF World U20 Championships Tampere 2018 (Organisers)

The IAAF World U20 Championships Tampere 2018 (10-15 July), which get underway one week from today in the southern Finnish city, are set to become one of the largest editions in the history of these championships.

With the deadline for the final entries now closed, a total of 1466 athletes –782 men and 684 women– representing 160 federations and teams* have been entered.

Only the 2012 edition in Barcelona, with 1566 athletes, and the 2016 edition in Bydgoszcz, with 1545 athletes competing, have witnessed larger gatherings.

To mark the one week to go milestone, the Local Organising Committee has released the event’s official programme.

The 56-page publication contains just about everything fans need and want to know about the championships, including the timetable, an introduction to the host city, travel and transport logistics and information on Tampere’s pioneering example of sustainable event hosting.

Several athletes expected to star at the championships are also featured. English and French versions are available for download.

*158 member federations will be represented; in addition, some athletes will be competing for the Athlete Refugee Team (ART) while others will be entered as Authorised Neutral Athletes (ANA).