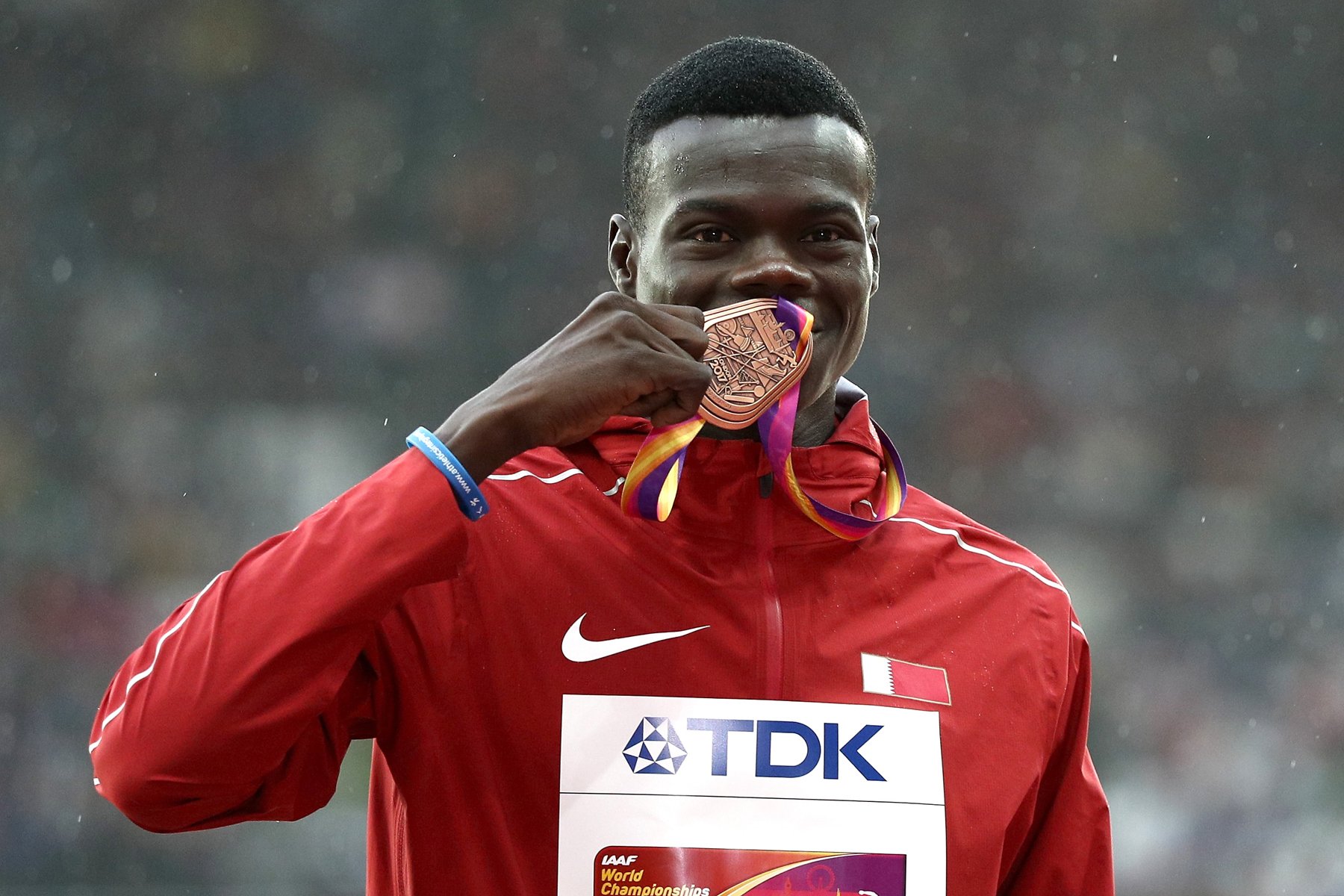 Ferocious young talent, 21-year-old Haroun, got his 2018 season off to an electric start at the Asian Indoor Championships in Tehran in February when he became the first back-to-back winner of an Asian indoor 400m title.

The 2016 Under-20 World Champion and World Indoor silver medallist claimed his first senior outdoor title last year with bronze at the London IAAF World Championships, and will be hoping to continue his fine form in the first Diamond League meeting of the 2018 series in Doha.

Haroun will line up in an incredibly strong field that features last year’s World silver medallist Steven Gardiner of the Bahamas and 2017 Diamond League Champion, Isaac Makwala of Botswana.

Another rising Qatari star, Mohamed Nasir Abbas, will also be looking to get his outdoor season off to a strong start ahead of this year’s Asian Games in Indonesia. The 2014 U20 Asian Champion claimed bronze behind Haroun at this year’s Asian Indoor Championships with a personal best time.

Speaking ahead of the Doha Diamond League, Abdalleleh Haroun, said:

“I was so proud to win bronze for Qatar in the London World Championships last year but I want to achieve even more success in the future. This season is a big, important one for me and I have been training hard and staying very focussed on achieving my goals.

“I can’t wait to get out on the track at Qatar Sports Club and compete in front of the home crowd in the Diamond League. This always motivates me to push myself harder and achieve even more and I hope that I will make everyone proud.” 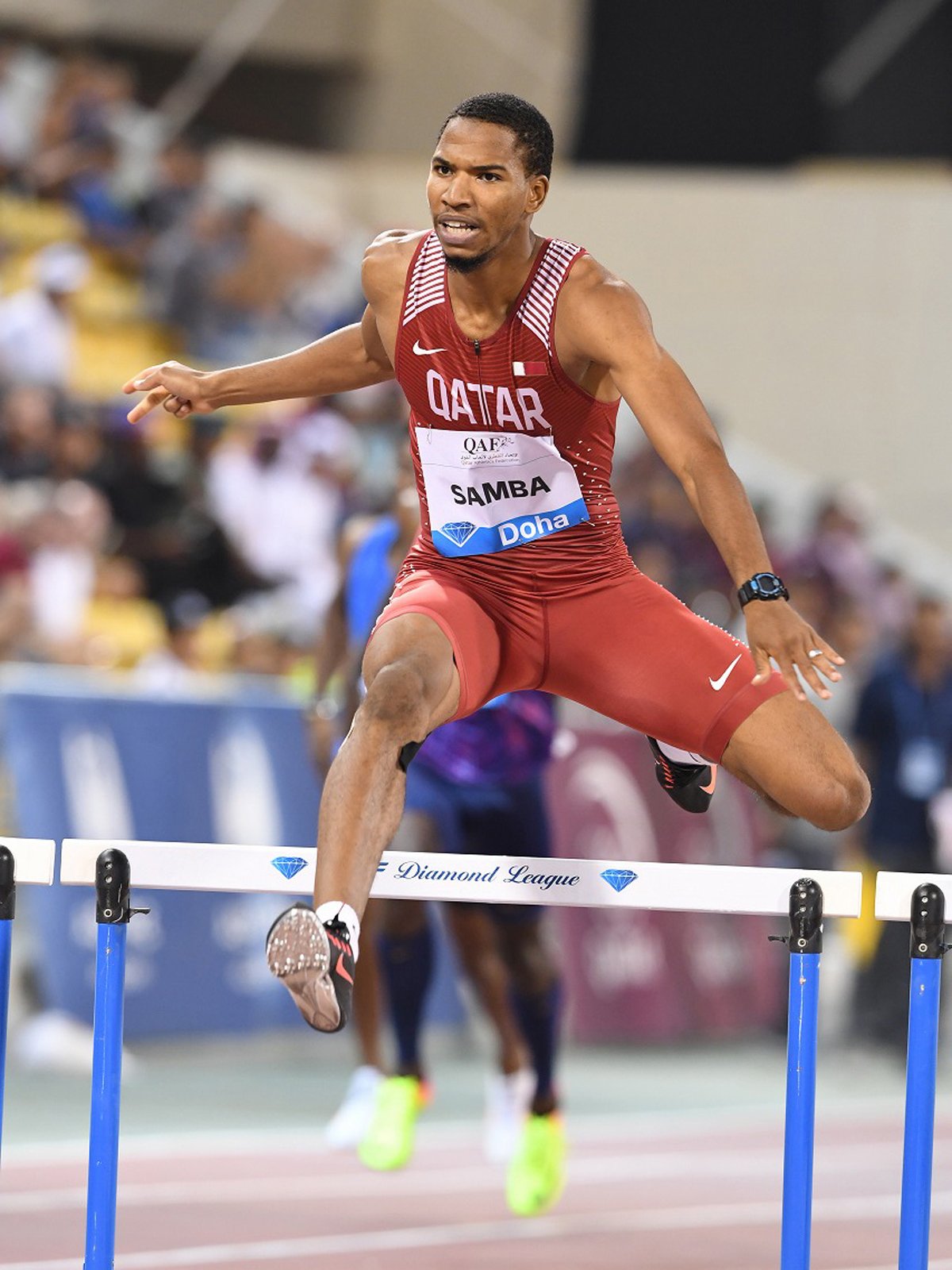 Abderrahaman Samba stunned an incredibly strong field of experienced athletes in only his third attempt at the 400m hurdles to storm to victory in last year’s Doha Diamond League, beating reigning Olympic Champion, Kerron Clement of the USA by over a second with a time of 48.44s.

22-year-old Samba will be looking to overcome his disappointment and use the experience from last year’s World Championships when he entered the final hurdle in a medal position but stumbled to finish in seventh place.

Thomas Röhler stole the show and wowed the crowds at last year’s Diamond League when he threw the second furthest distance in history and broke the IAAF Diamond League record with 93.90m.

Bader used his incredible experience of finishing fifth in that historic competition to win gold at the 2017 Islamic Solidarity Games in Baku, and will be looking to gain further experience competing against the very best in the world in May. He will be joined by aspiring Team Qatar athlete, Mohmed Ibrahim Kaida.

Two Team Qatar athletes, Jamal Hairane and Abubaker Haydar Abdalla, will feature in an exciting Men’s 800m, which includes 2017 World silver and bronze medallists Adam Kszczot of Poland and Kipyegon Bett of Kenya respectively, 2017 Diamond League Champion Nijel Amos of Botswana, and World 1500m Champion Elijah Manangoi of Kenya, who will draw huge interest as he drops down to the shorter distance in Doha.

Abdalla will start his 2018 outdoor campaign full of confidence following his gold medal winning performance at the 2018 Asian Indoor Championships.

Meanwhile team-mate Hairane enters the 2018 season following a successful 2017 that saw him win gold at the Asian Indoor and Martial Arts Games in Ashgabat and silver in both the 800m and 1500m at the Asian Championships in Bhubaneshwar.

Further Team Qatar athletes competing on 4th May include 2010 Youth Olympic Games silver medallist and 2012 World Under 20 Champion, Hamza Drioch, who will join Asian Under-20 5000m and 3000m Steeplechase Champion Adam Ali Mousab and Said Aden in the Men’s 1500m.

2018 Asian Indoor silver medallist in both the 1500m and 3000m, Yaser Salem Bagharab and 2012 Under 20 3000m steeplechase Champion, Hashim Mohamed Salah will both go in the Men’s 3000m steeplechase, and 2010 Asian Games bronze medallist Rashid Ahmed Al Mannai, who will compete once again in the triple jump.

Tickets are on sale now online at Virgin Megastores for the action-packed evening of world-class athletics.