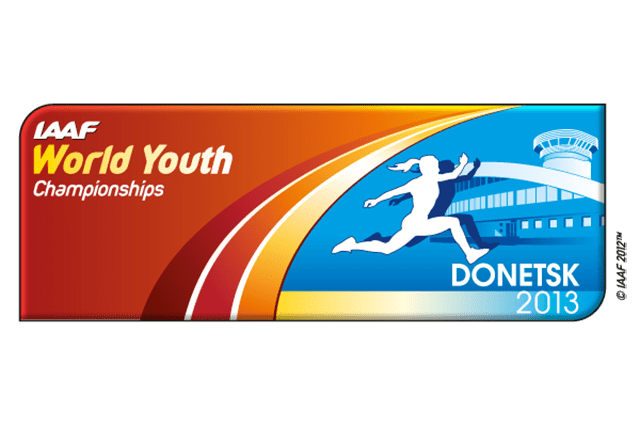 The IAAF World Youth Championships, which will take place from July 10-14, 2013 in the Ukrainian city of Donetsk, is on course to become the biggest gathering of athletes in the history of the Championships.

With the deadline for the Entries now closed, we are proud to announce that no fewer than 1532 athletes have been entered, 840 boys and 713 girls.

The best attended World Youth Championships so far was two years ago in Lille, when 1322 athletes took part.

Even taking into account the fact that the final participation figure will be slightly lower than the entries, there is optimism that record numbers will be reached.

Athletes will represent 165 IAAF National Member Federations. The most attended edition in terms of different nationalities was Marrakech 2005, when 177 countries made the trip to Morocco.

A double gold medallist at the IAAF World Youth Championships is quite rare, but there are a few athletes who look capable of achieving that feat this year.

Across the seven past IAAF World Youth Championships, there have been just six athletes to win two gold medals in individual events at the same championships.

Among those six athletes are the likes of USA’s Jason Richardson, who went on to win the World 110m Hurdles title in 2011, and Grenada’s Olympic champion Kirani James, winner of the 200m and 400m at the 2009 World Youth Championships.

Looking ahead to this year’s edition, there’s a handful of athletes who could potentially come away from Donetsk with two gold medals in their pocket, including US sprinter Ariana Washington, Chinese jumper Wang Rong, and Australian thrower Matthew Denny.