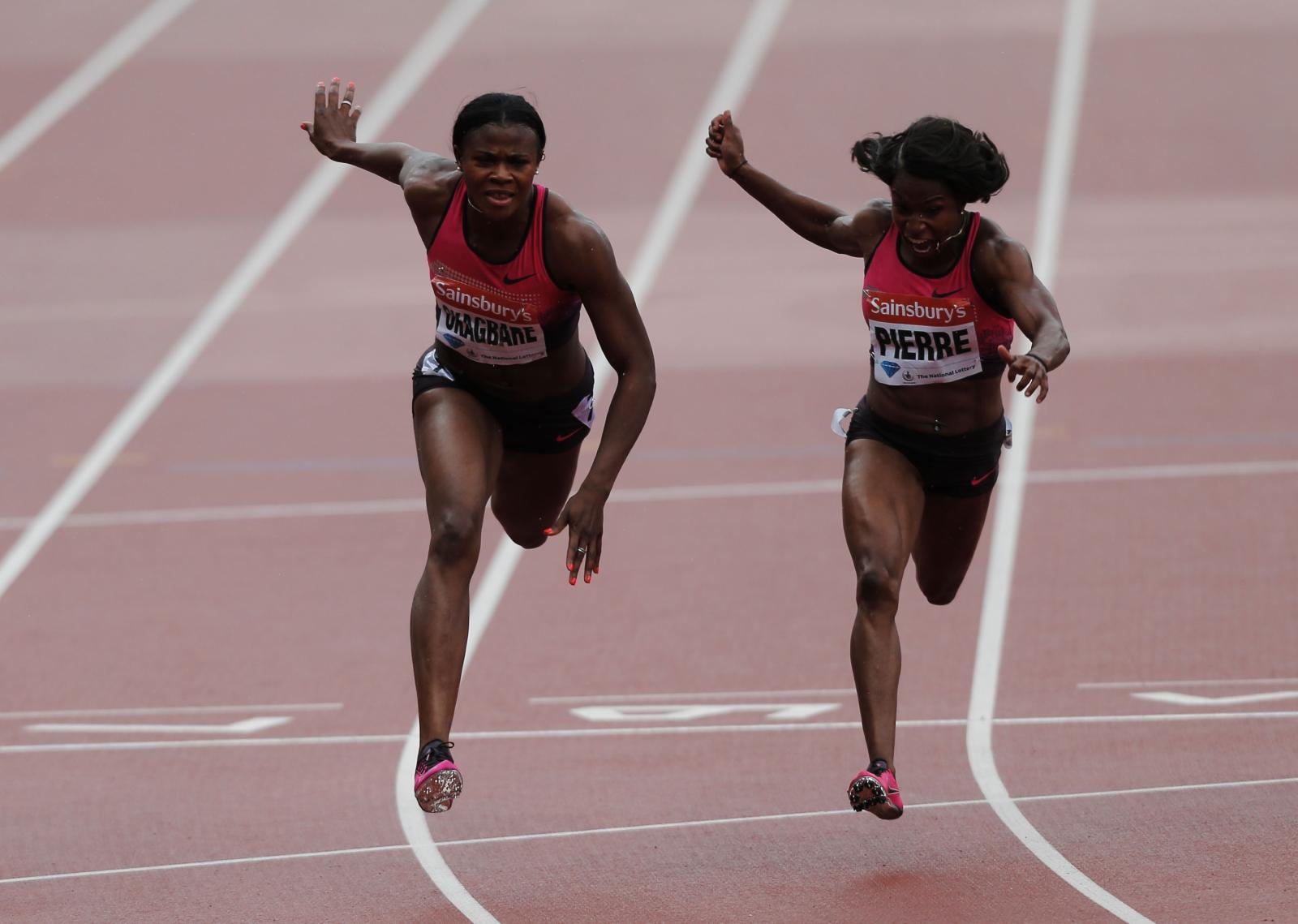 (L-R) Blessing Okagbare of Nigeria crosses the line ahead of Barbara Pierre of the United States in the Women's 100m Final during day two of the Sainsbury's Anniversary Games - IAAF Diamond League 2013 at The Queen Elizabeth Olympic Park on July 27, 2013 in London, England. (Photo by Harry Engels/Getty Images)

Okagbare first erased the 14 year-old mark of 10.90 secs, set by compatriot Glory Alozie (now of Spain) in La Laguna, Mexico on May 6, 1999, with a 10.86 run in the heat before posting a stunning 10.79 secs to overhaul the entire field that included the Olympic champion Shelly-Ann Fraser-Pryce in the final.

Okagbare thus became the first Nigerian and African woman to duck under 10.80 seconds in the women’s 100m dash.

Kenyan Augustine Kiprono Choge needed a PB of 3:50.01 to win the Emsley Carr Mile ahead of Ayanleh Souleiman of Djibouti who finished second in a national record of 3:50.07.  His countryman, James Kiplagat Magut, finished third in 3:50.93.

Also Kenyan former Olympic champion Brimin Kiprop Kipruto overcame the disappointment of being dropped from the Kenyan team to Moscow to set a meeting record of 8:06.86 for victory in the men’s 3000m Steeplechase. 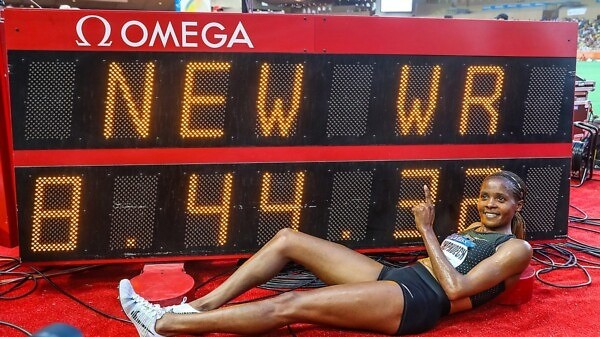 On a night of sensational running at a hot and humid Stade Louis II, Kenya’s Beatrice Chepkoech produced the crowning performance of the tenth...