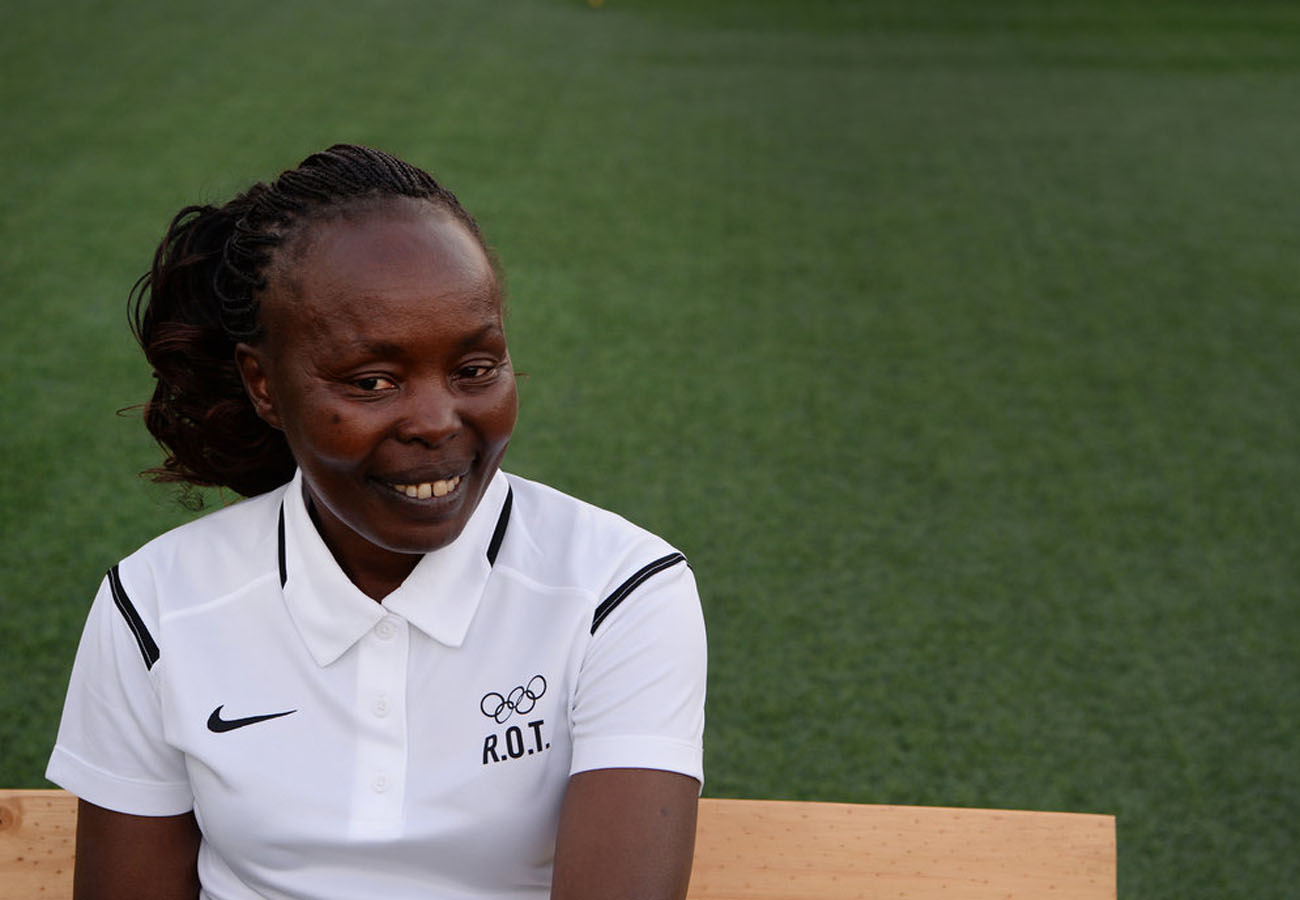 Standing barely five feet tall, unassuming and with an humble mien uncharacteristic of a super-achiever of her status, a casual observer could have taken her to be ‘just one’ of the many delegates attending the maiden edition of the ANOC World Beach Games and the 24th ANOC General Assembly taking place in the beautiful city of Doha from October 12 to 16, 2019.

But the former marathon world record holder Tegla Chepkite Loroupe of Kenya is not just your ‘typical delegate’ but a lady who has broken several barriers to become one of the global faces of sport. She has evolved to become a worthy representative of athletics, both on and off the track, and a symbol personifying the Olympic spirit which aims to promote global peace through the instrumentality of sports.

“For me, sport is not just about competing and winning or achieving fame and glory. Rather, I see sport as a worthy platform that can help unite the world, bring peace where there is war and help foster the spirit of brotherliness.

“I appreciate the vision behind the ANOC World Beach Games and what it aims to achieve. It’s been exciting seeing participants from all over the world compete under an atmosphere of love and friendliness,” said Loroupe, who serves as the NOC Athlete Commission Representative for Africa.

According to her, what the ANOC World Beach Games aims to achieve resonates quite well with her.

“My foundation, the Tegla Loroupe Peace Foundation (TLPF), has a vision of seeing a peaceful, prosperous and just world in which sports is the unifying factor just like the Games.

“Through our foundation, we have been able to rebuild social relations and induce trust among several warring communities by showcasing sports as an alternative economic livelihood factor.

“We have been able to help resolve inter-communal clashes and promote peace in several communities in Africa. I’m proud to say that TLPF has had positive impacts on the people and this is all thanks to sports,” she added.

For someone who holds the world records for 25 and 30 kilometres besides being the first African woman to hold the marathon World Record, which she held from 19 April 1998 until 30 September 2001, the lady from Kapsait village in the West Pokot District of Kenya has earned her deserved status as a legend of her sport and without any doubt her views matter.

Talking about hosting the maiden edition of the “Olympics for Beach Sports in Doha”, Loroupe, who organised the first-ever Refugee Team for the Olympics at the 2016 Games in Rio, said, “It is really amazing how Qatar has been able to put together this great event at a short notice considering that they were not the initial hosts.

“Coming on the heels of hosting the IAAF World Athletics Championships, organizing this massive competition is a further testimonial to the organizational prowess of Qatar and I must commend everyone involved.”

Advising upcoming athletes particularly women, the former world record for the one-hour run with a distance of 18,340 metres said that their first priority should be to achieve something remarkable and make a mark in their chosen discipline.

“Fame and money will definitely come when a worthy achievement is made. During my time, women were few and our primary aim wasn’t wealth but to be worthy representatives of our countries.

“We see ourselves as ambassadors and we conduct ourselves in such manner. That was why scandals were very few in those days. But nowadays, athletes are ready to cut corners and do all kind of things just to gain momentary fame. Things have to change,” she added.

Going down memory lane, Loroupe, who was the first woman from Africa to win the New York City Marathon, reminiscence about the difficulties she had pursuing her career.

“Those days, they don’t reckon much with women because they see sports as men’s affairs, especially in my community. No one was willing to support me except for my mother and late sister who stood by me through it all. I have always been determined and I believe I have something special in me,” she said.

“Despite the oppositions, I decided I will pursue sports like the men. I’ve learnt not to allow people see fear in me and I don’t give up easily. I’m a goal-getter and not a quitter and that’s how I kept fighting until I eventually won.”

Born on May 9th, 1973 and raised in a typical rural African setting with 24 siblings in tow, the life story of this three-time World Half-Marathon champion can be summarized in one sentence – a warrior who never gives up no matter the obstacle, challenges or battle.

Loroupe noted that despite her numerous challenges, her philosophy has always been to face life and give it all it takes.

“I’ve learnt to live peaceably with all people and not hold grudges against anyone even when offended. I believe to succeed in life, you must face challenges and challenges are the building blocks for success. I don’t see anyone as an enemy and I always think the best of everyone,” she added.

She said that the school initiative of her foundation, in addition to other things the foundation does, has been able to take care of the education of up to 400 orphans till date.

“I was inspired to start the school project after the death of my sister who stood by me when the going was tough. She left behind six kids with the youngest being six months while the eldest was just 10 years. Their father left home, and I decided to take on their responsibility,” Loroupe said.

“In the course of doing that, I realized that there are many children who are in the same situation so I decided to do something and I’m grateful to God for where we are today. I appreciate Prince Albert of Monaco, the Kenyan government, the IOC President Thomas Bach and other partners for their supports over the years.”

The Tegla Loroupe Peace Foundation organises a series of annual Peace Marathons. Presidents, Prime Ministers, Ambassadors, and government officials run with warriors and nomadic groups in Kenya, as well as in Uganda and Sudan, to bring peace to areas plagued by raiding between battling tribes.

For Loroupe giving back to the society is something she is living for and the best life to live is one which continues to put smiles on the faces of others.

“I’m happy with what I’m doing and the happiness it brings to all involved gives me joy. Life has been good to me and I want to give back as much as I can. Sport has taken me to where I am today and I believe there is still much more ahead,” she noted.

Loroupe is in town for the ANOC World Beach Games and the 24th ANOC General Assembly holding in Doha, the Qatari capital. 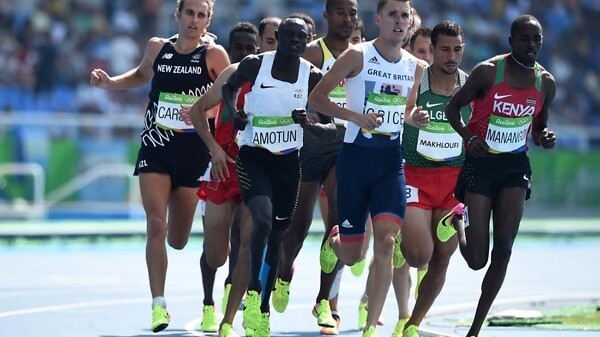 Ashgabat 2017 – Refugee team from Africa to compete in Indoor Athletics

The refugee team of five athletes from Africa taking part in Ashgabat 2017 has been named and will compete in the Indoor Athletics track...