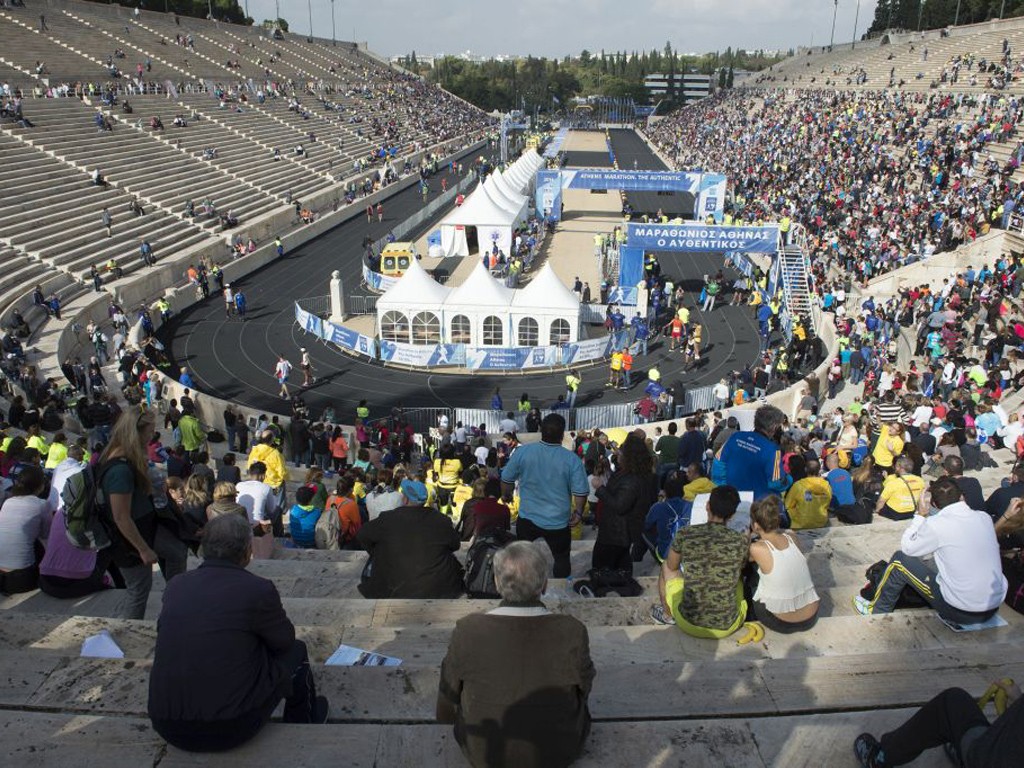 The finish point in the historic Panathenaikon Stadium in Athens / Photo credit: Athens Marathon. The Authentic

The men’s course record is not the only sign of upward trend in Athens as the organisers celebrate a successful culmination to the 32nd edition of the Authentic Marathon on Sunday, writes Andy Edwards.

When [link id=”603″ tax=”post_tag” text=”Felix Kandie”] crossed the finish line in the Panathinaikon stadium to break the course record on Sunday, the organising team of the Athens Marathon had good reason already to be celebrating a successful culmination to the 32nd edition of the [link id=”294″ tax=”post_tag” text=”Authentic Marathon”].

Significant though the Kenyan’s time of 2:10:37 was in removing the name of the 2004 Olympic champion Stefano Baldini of Italy from the record books, this advance in terms of race quality among the elite was far from being the only improvement in performance.

Put simply, the numbers of runners wanting to run the classic course from Marathon to Athens are on the rise in a big way. This development led to a record entry for Sunday’s marathon of around 13,000 with approximately 35,000 in total competing in a variety of events including 5k and 10k.

The Athens Marathon rightly makes much of its status as the original marathon, inspired by the legend of Pheidippides, but the organisers are also looking forward to developing the race infrastructure to cope with greater numbers in the future, rather than only looking back to the Battle of Marathon in 490 BCE.

Despite the country’s economic problems in recent years, one trend which is definitely upwards is interest in running of any kind and especially the marathon.

The Race Coordinator Makis Asimakopoulos says with a smile that: “It seems as if every family in Greece contains a runner now, whether they are doing shorter road races or a marathon. It’s also very encouraging that we have more foreign runners than ever.

“We have a 40 percent increase each year and we believe there will be 10,000 foreign runners competing within two or three years. The rise has been matched by the Greek interest: nine years ago we had 800 and this year we expect more than 8,000.”

The organising team are well aware that the event infrastructure will have to be further developed to cope with such growth. In basic terms such as facilities at the start in Marathon to developing further the system of wave starts since the current width of the course is unlikely to cope with 15,000 runners or more setting off at the same time, work needs to be done.

However, in what remain tough economic conditions for so many Greeks, Kostas Panagopoulos, president of SEGAS, the Greek Athletics Federation, sees the success of the marathon as a symbol of hope in challenging times:

“We have a very good team of professionals working on the marathon. Despite the crisis we believe the marathon could even become an example for the revival of Greece, the way we manage to work together: the State, local authorities, army and police and everyone together – sometimes that’s not so easy in Greece!”

Whatever the claims for the health benefits of the Mediterranean diet, Kostas Panagopoulos adds that: “The Marathon and running changes the way we live, for example, eating habits, contributing to a healthier lifestyle and I believe this is the main legacy of the marathon.

Greek society has developed an understanding for the marathon and a feeling that the marathon is now part of their life.”

The Race Coordinator Makis Asimakopoulos also reflects on the changes in attitude to running and exercise in general:

“Greeks are now proud of their marathon. We see many more spectators lining the streets as well as running for themselves. The charity aspect is growing as well, with 500,000 Euros raised for charity by runners in the marathon. But we know we have to work out possibilities to accommodate up to 20,000 runners in terms of improved infrastructure.”

Since 2011 the office of AIMS, the Association of International Marathons and Distance Races, has been based in Athens. Aptly enough the address is on Spiridon Louis Avenue, named after the Greek who won the first marathon of the modern Olympic era in 1896 when he ran into the same Panathinaikon stadium as did Felix Kandie to break the course record on Sunday.

It was fitting that Paco Borao, AIMS president and lifelong runner himself, stood on the start line in Marathon on Sunday, ready to renew his devotion to the classic distance after recovering from surgery from colon cancer six years ago:

“This is the marathon that everyone has to run once in life – I have been preaching this for a long time now.”

And the last word should go to the man who made history in Berlin six weeks ago, [link id=”566″ tax=”post_tag” text=”Dennis Kimetto”]. The Kenyan became the first to break 2:03 for the marathon and, speaking in Athens on the eve of the race, said with his usual quiet authority:

“Yes, I would like to run the Athens Marathon one day.” 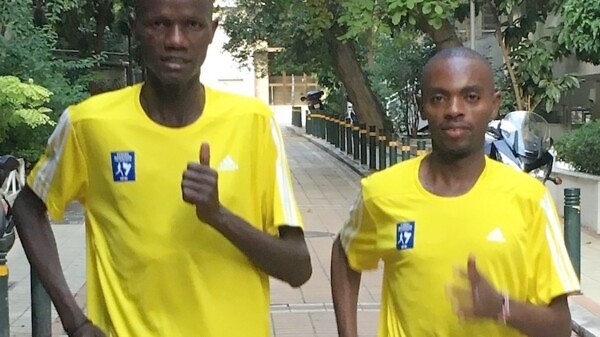