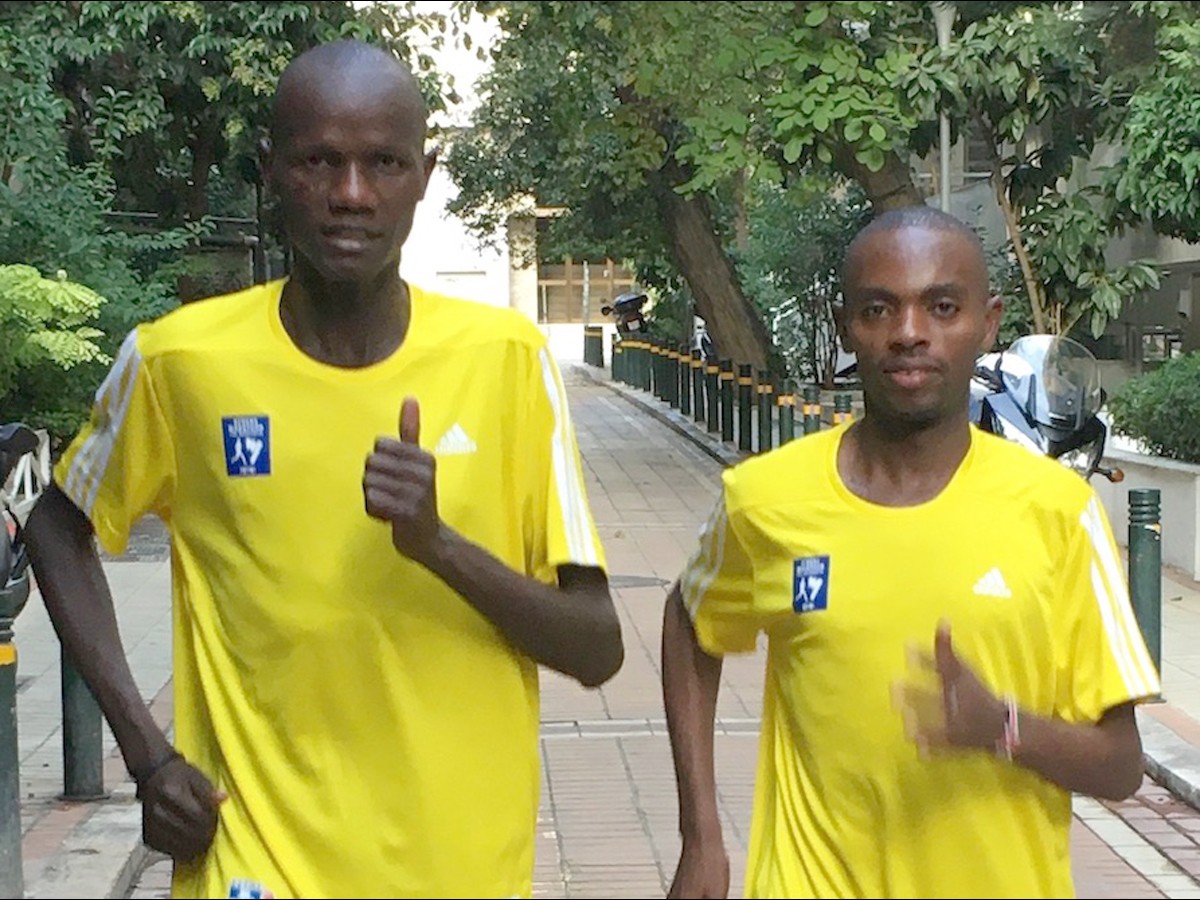 The Kenyan favourites Daniel Muteti and Rhonzas Kilimo have set their sights on breaking the course record in the “Athens Marathon – The Authentic” on Sunday.

While the target time of 2:10:37 is no easy task on the highly demanding original marathon course, the race already has one guaranteed record: SEGAS, the Hellenic Athletics Federation and event organizers, have confirmed a record entry of 20,000 athletes who will be on the start line in the small town of Marathon on Sunday.

From this coastal town their aim will be the finish line in the Panathenaic Stadium in the heart of Athens. Taking into account events held in conjunction with the marathon – including the 10km road race which will be staged on Saturday evening for the first time – as many as 60,000 runners will be in action on the weekend on the historic roads of the Greek capital.

“I think that every marathon runner should run the authentic course at least once in their lives. That is our message to runners around the world: come to Athens and run the Authentic Race. Be part of history,” explained Kostas Panagopoulos, president of SEGAS, during whose eight years in office the event has developed enormously with entry figures more than doubling.

This has been despite Greece’s financial crisis. “I believe the Athens Marathon is probably the most interesting model of success during the major financial and economic crisis. Now it looks as if our country is recovering and we can further develop the ‘Athens Marathon. the Authentic’ and expand it,” added Kostas Panagopoulos.

The course of the “Athens Marathon. The Authentic” is almost identical to that for the first Olympic Games of the modern era: the 1896 Olympic champion was crowned in the same Panathenaic Stadium and subsequently in 2004.

The man who won the title 15 years ago has returned to run the race into Athens among the mass runners: Stefano Baldini, who broke the course record with 2:10:55 in 2004. The Italian’s time was later beaten by the current course record holder, Felix Kandie of Kenya, who ran 2:10:37 in 2014.

It is the time achieved by Felix Kandie which the two favourites have set as their target on Sunday: Daniel Muteti and Rhonzas Kilimo.

“The fact that I am running here in Athens where the Marathon began is special motivation for me,” said Daniel Muteti, who only two months ago finished second in the Cape Town Marathon in a personal best of 2:09:25.

“In fact I was in Cape Town only as a pacemaker but ran to the finish. I am ready now for Athens and want to attack the course record.”

His fellow Kenyan Rhonzas Kilimo will be making his marathon debut on Sunday. His confidence is high following good performances at half marathon. A year ago he ran his best of 60:49 in Valencia and then this spring finished second in Berlin in 61:01.

He also ran as a pacemaker in the Hamburg Marathon in late April before dropping out. “I am looking forward to my first marathon. Of course, I’ve been told that Athens is a tough course. But many runners have run well here. I am prepared and my aim is the course record,” said Rhonzas Kilimo.

At the age of 42, John Komen has a best of 2:07:13 which makes the Kenyan the fastest man in the field, although he ran this time in 2011. His compatriot Dominic Kangor has a best of 2:09:36 while the Ethiopian Chalu Gelmisa has run 2:12:38 and Felicien Muhitira of Rwanda has run 2:10:58. All could spring a surprise on an Athens course which has been known to trouble the very best.

This year the organizers have concentrated on putting together the men’s field. This means the women’s race is more open than usual, creating the possibility of a winner from the home contingent of international runners.

The favourite should be Eleftheria Petroulaki, who improved to 2:44:01 in Rotterdam this year. She made her marathon debut last year in Athens and finished third in 2:46:09. Her compatriots Sonia Tsekini, who has a best of 2:45:02, and Stefania Leontiadou with 2:48:54 should also be chasing places on the women’s podium.

Every runner who crosses the finish line in the Panathenaic Stadium will receive the first in what will be a series of eight medals which portray the history of the Marathon. The Greek artist Alekos Fassianos has specially designed them and the first medal will show the Battle of Marathon in 490 BCE. 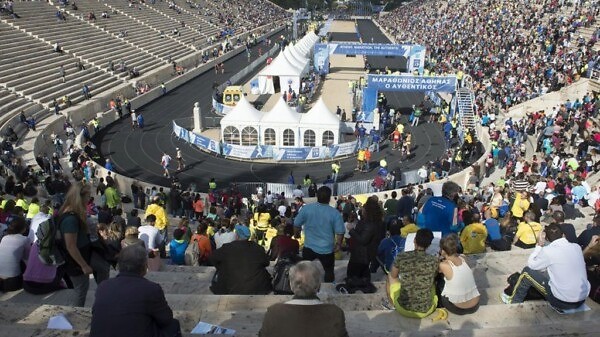 The men’s course record is not the only sign of upward trend in Athens as the organisers celebrate a successful culmination to the 32nd... 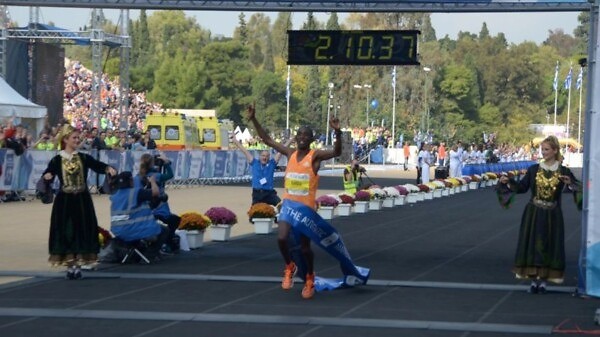 Kenyan Felix Kandie broke the ten year-old course record of Olympic Champion Stefano Baldini with 2:10:37 at the 2014 Athens Marathon in Greece on...