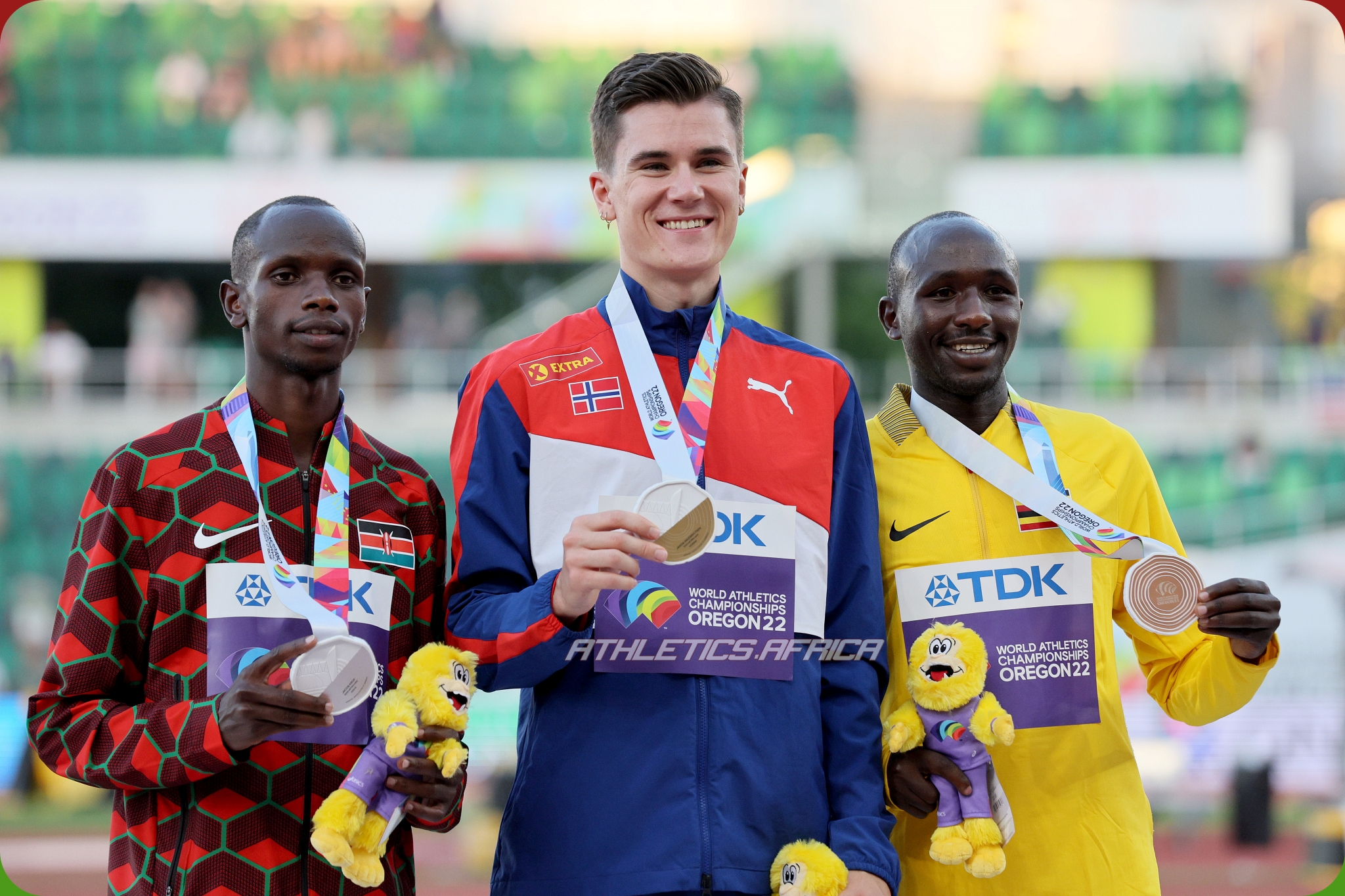 Her jaw dropped to the floor and eyes widened as she crossed the finish line and gazed up towards the results screen. Tobiloba “Tobi” Amusan of Nigeria had just smashed the world record on day 10 of the World Athletics Championships Oregon22 in the semi-finals of the women’s 100 metres hurdles.

She became the first Nigerian woman to set a world record.

Amusan advanced to the finals with that world-record time of 12.12 seconds, beating Kendra “Keni” Harrison of the United States’ record by .08 of a second. Harrison’s record had stood since 2016.

Less than two hours later, Amusan clocked a wind-aided 12.06 seconds to add a gold medal to her world record. She won Nigeria’s first gold medal in the world championships.

“I believe in my abilities, but I was not expecting a world record at these championships,” said Amusan.

“You know, the goal is always just to execute well and get the win. So the world record is a bonus. I knew I had it in me, but I could not believe it when I saw it on the screen after the semis.”

Just the day before, Amusan had set an African record and a personal best of 12.40, and Sunday she bettered that by .28 of a second.

Last summer at the 2020 Olympics, Amusan missed the podium by .05 of a second; today she is the world champion.

Jamaica’s Britany Anderson finished in second at 12.23. In third place was the 2020 Tokyo Olympic gold medalist, Jasmine Camacho-Quinn, at 12.23, .004 behind Anderson.

Here is how other African athletes fared on the last day of the World Championships.

Jacob Krop of Kenya was near the front of the pack for the entirety of the men’s 5,000 meters, and he had just enough in him to keep his place behind Norway’s Jakob Ingebrigtsen to finish in second with a time of 13:09.98, which was .74 behind the Norwegian.

“In 2019, it was my first world championships in Doha,” said Krop. “And today, I am coming from the race with a medal. So I am glad. The race was tough, but I was ready for anything.”

A strong finish made the difference for Uganda’s Oscar Chelimo. On the back stretch of the bell lap, he was in eighth place, but with a sprint around the bend and on to the homestretch, he outkicked five people to win bronze in a season-best 13:10.20.

“This is a good motivation for my career and it is just a start,” said Chelimo. “This is progress and if I keep going like this, I will become a champion.”

On Ese Brume of Nigeria’s third attempt of the women’s long jump series, she jumped a season best that moved her to gold medal potential. However, quickly after, Germany’s Malaika Mihambo’s distance surpassed Brume’s mark to drop her into second.

Brume’s distance of 7.02 metres was enough to secure her the silver.

“I was leading and wanted the gold,” said Brume. “But I am grateful because last time I got the bronze, and I am silver now.”

She later added: “Tobi Amusan is my best friend, everybody knows. It was amazing for us because this is what we are trained for. She deserves it so much.”

Mihambo won with a season best of 7.12m, and Leticia Oro Melo of Brazil finished in third with a personal best of 6.89m.

With just 100 metres to go, Mary Moraa of Kenya out-kicked Ethiopia’s Diribe Welteji to win bronze in the women’s 800 metres.

In a fast 800m race, in which the top three beat the previous world lead, Moraa ran a personal best of 1:56.71 seconds. This is the first medal Kenya has won in the event since 2015.

“I am so happy to perform like this today and of course, to win a medal,” said Moraa. “This is a very special achievement for me and my village. The race was tough, but I tried to push myself to finish like this.”

Moraa’s bronze medal is the sixth for her nation in the event.

The United States’ Athing Mu, 2020 Tokyo Olympic gold medalist, won at 1:56.30, the fastest time in the world this season, and right on her back was Great Britain’s Keely Hodgkinson, who took silver with a season best at 1:56.38.