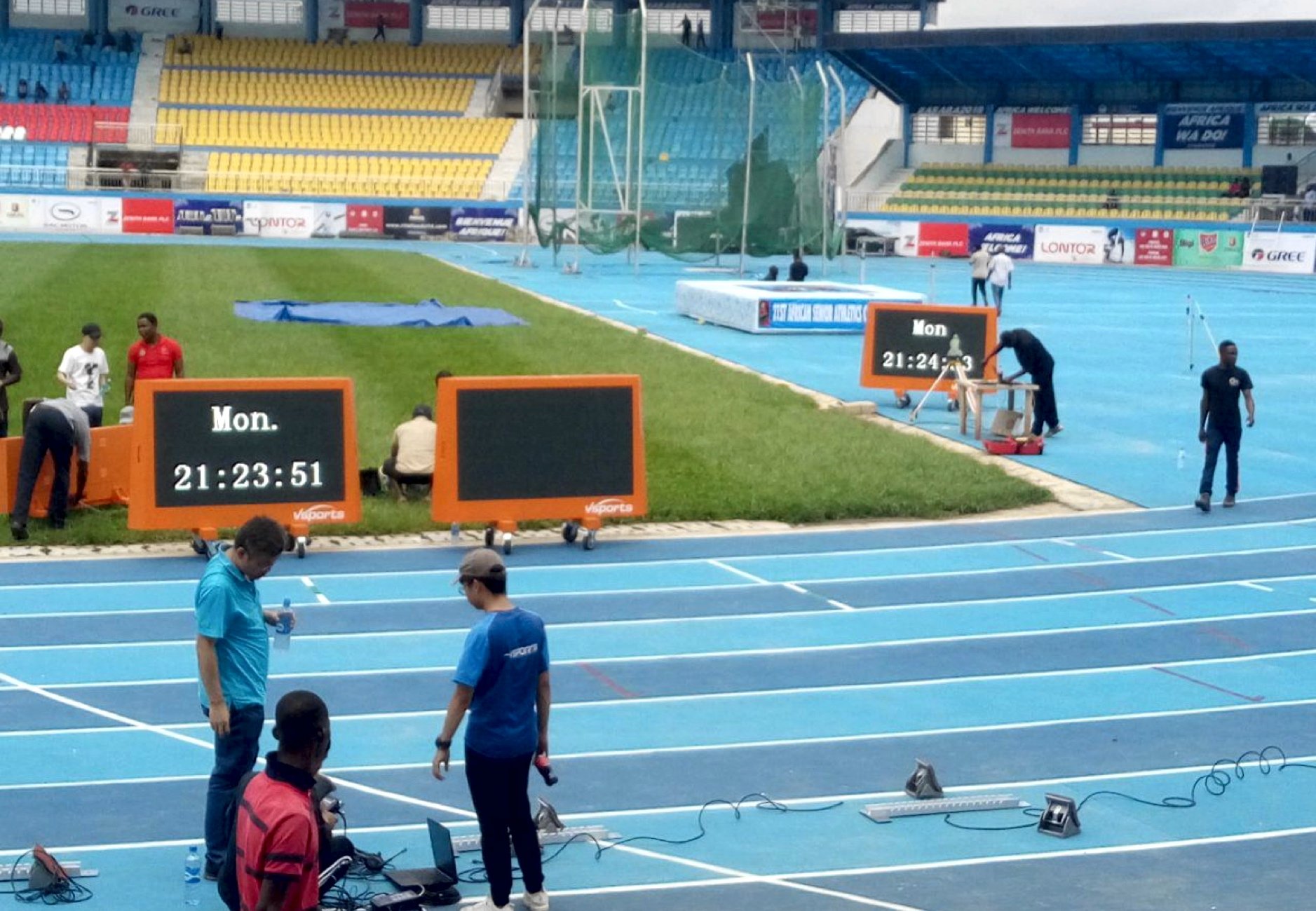 LOC contractors and officials set up the timing equipment at the Stephen Keshi stadium in Asaba on Monday 31 July / Photo credit: Naomi Peters for Athletics Africa

With hundreds of African athletes participating in a variety of sport including short and long-distance races, relays, high jump, long jump, short put and javelin, the five-day event will be televised live on the Kwesé Free Sports (KFS) Nigeria channel which can be accessed on Kwesé TV channel 290 or UHF channel 32 in Lagos.

Others include: former Nigerian sprinter, Olympic Gold medallist and sports management expert, Enefiok Udo-Obong and Nigeria’s premier radio sports presenters, Femi and The Gang, will provide play-by-play commentary and analyse the games live from the Kwesé studios at the Stephen Keshi Stadium in Asaba.

“Wherever you are in Nigeria, you can watch the games at home on our satellite TV platform, Kwesé TV, which covers the entire country. And for Lagos residents, simply tune your television sets to KFS on UHF channel 32,” Nwoko added.

It is also a part of the largest and only pan-African Free-to-Air (FTA) television network available in more than 24 countries in Africa.

In this article:African Championships, Asaba 2018, CAA 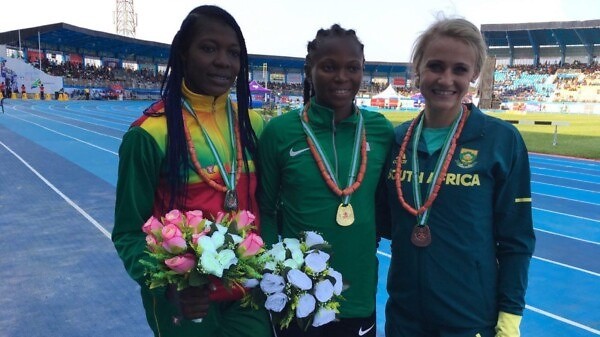