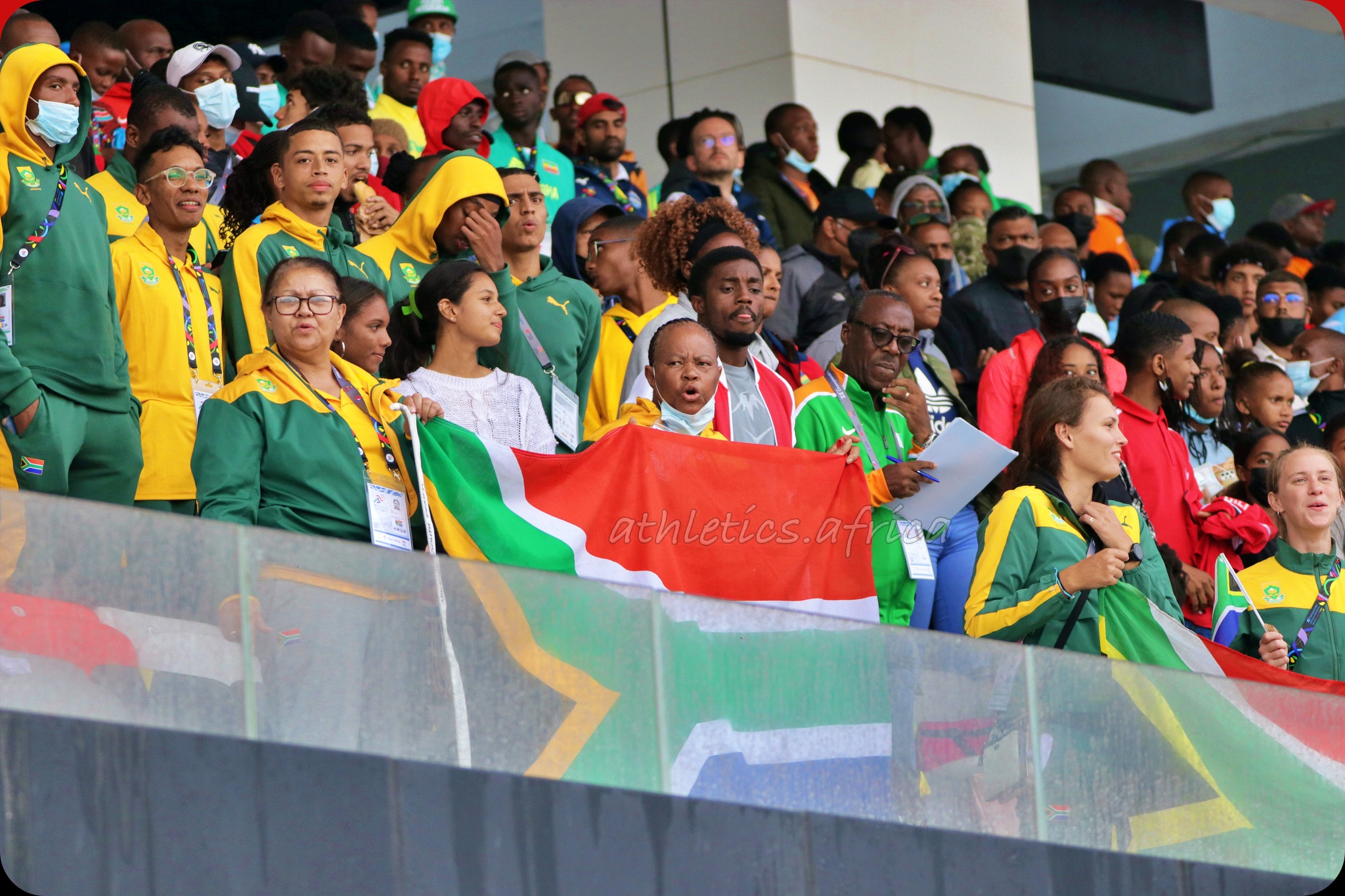 It was a heroic return to home soil for the SA national team on Tuesday night after landing at OR Tambo International Airport with the biggest haul of medals ever from a CAA African Senior Athletics Championships since 1993.

In Mauritius, South Africa secured a total of 36 podium places made of 9 golds, 13 silvers, 14 bronze to finish runners-up behind Kenya in the final standings. Kenya, who retained the continental crown, won 10 golds having secured only 23 medals in total.

The airport went into a temporary standstill as families, fans and other passengers, welcomed the team as they trooped in to a thundering atmosphere of screams and sounds vuvuzelas.

It was tears of joy for some as the atmosphere unfolded into song and dance.

“These are our heroes and heroines that we welcome back to the country,” said a joyous James Moloi, the President of Athletics South Africa.

“They didn’t give up and remained focussed even when the weather was harsh and unfriendly. They fought on until the end. That is what the true Mzansi spirit is made of.

“We thank the whole team for the highest number of medals ever at the African championship and we will use this as an inspiration to fight for the next African Senior Athletics Championships.

“This gives us hope of inspiring performances at the World Athletics Championships next month in Oregon, USA and the Commonwealth Games in England in August. It was very encouraging to see that a lot of our young athletes are making the world to pay attention.”