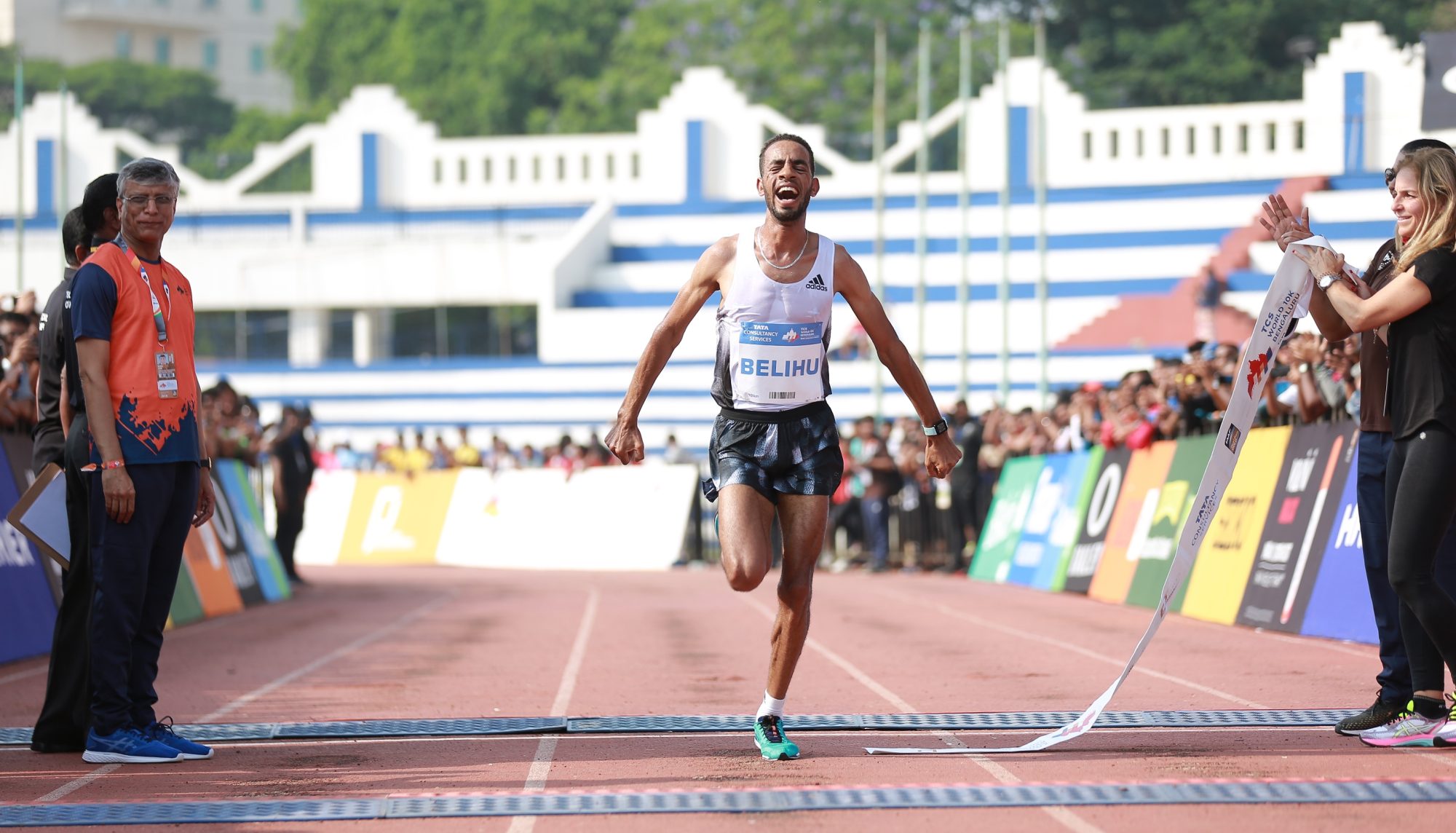 Andamlak Belihu is starting to become a familiar face to Indian distance running fans after he added to the TCS World 10K Bengaluru 2019 title to the Airtel Delhi Half Marathon crown he won seven months ago, crossing the line in the IAAF Gold Label Road Race in 27:56.

It was a triumph to savour for the 20-year-old Ethiopian, who beat a world-class field and produced an outstanding time in difficult conditions with high humidity and temperatures reaching 26 degrees centigrade.

Right from the gun, Belihu was prominent at the front of the leading pack, often forcing the pace. Eight men went through the 5km mark in 14:11 before Uganda’s Mande Bushendich made an audacious early move just after the halfway point.

Bushendich, who already has one major 10km win to his name in 2019 having won the famous Pareloop race in the Netherlands, went through the gears so rapidly that the leading group was quickly fractured and by the 7km mark only Belihu was left to challenge him.

It initially looked as though Belihu was also going to be dropped as he briefly struggled to stay with his rival – later saying that he had suffered some knee pain with then passed – but he took the lead again with just under two kilometres to go before he pulled away, never to be headed all the way to the line in the Garden City’s Sree Kanteerava Stadium.

Belihu crossed the line in 27:56, just eight seconds outside his personal best and 12 seconds off the course record.

“I expected to run a fast time as there were so many good runners in this race, but I also expected to run even faster than this,” reflected Belihu, with a mixture of emotions at the post-race press conference.

Bushendich finished second in 28:03. “I was surprised no one else came with me when I made my move just after halfway,” said the revelation of the race, adding that he also had been running on empty having eschewed having any breakfast.

Ethiopia’s Birhanu Legese, the Tokyo Marathon winner earlier in the year and Tata Steel Kolkata 25K winner in December, found the distance just a little on the short side for his talents but came through to finish third in 28:23.