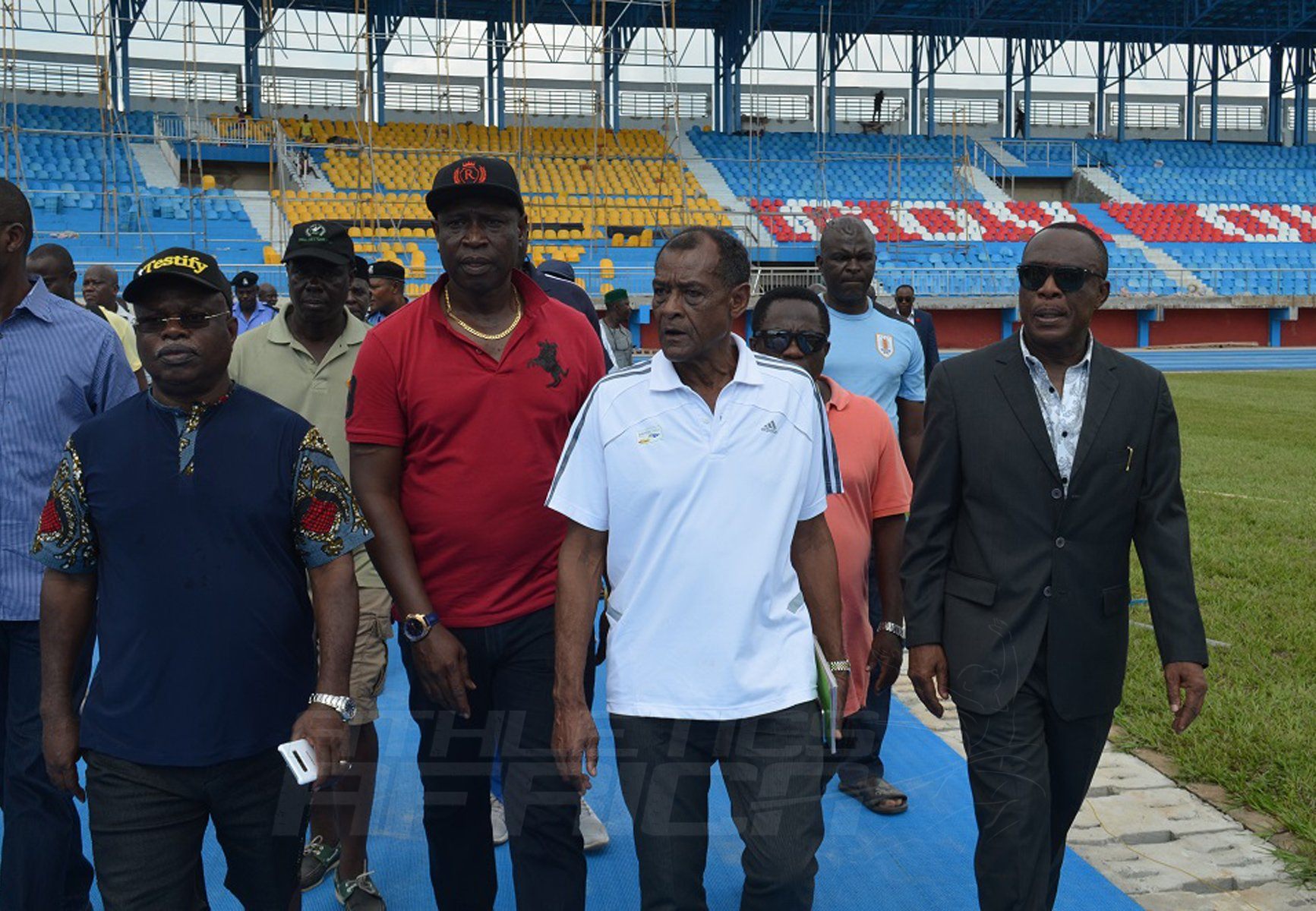 Vivian Gungaram, vice-president and technical director of the Confederation of African Athletics (CAA) and other participants for the Delegates Registration Meeting for CAA Asaba 2018 tour the facilities at the Stephen Keshi Stadium in Asaba on Tuesday 10 July, 2018 / Photo Credit: Asaba 2018 LOC

Vivian Gungaram, the president of Mauritius Athletics Association (MAA), vice-president and technical director of the Confederation of African Athletics (CAA) and the other visiting CAA officials have expressed satisfaction with the level of preparedness of the Delta-State government and Asaba 2018 LOC for the 21st African Senior Championships in Asaba, Nigeria.

Gungaram during his second inspection of the Stephen Keshi Stadium on Monday said the facilities already on the ground in Asaba are not just good enough to host the CAA African Championships but are also good to host the IAAF World Championships.

“What has been put in place here is not just good for the CAA standard, but good enough for the IAAF, you can organize a World Championships with this equipment,” he stated.

The leader of the CAA inspection team said he was very happy that so much has changed from the last time he came to inspect till now and he was unequivocal that Asaba would be ready to host the rest of Africa in no distant time.

“This is my second visit for inspection, and after going around the facilities, I can see there has been a lot of work done compared to the last time I visited, things have moved very fast, even some of the things not initially on the plans were cropping up like the warm-up track, which will be good for the athletes warm-up and their training.

“I am sure it will be ready latest by July 18 for the African tour which will be a dress rehearsal for the main championships in August,” Gungaram added. 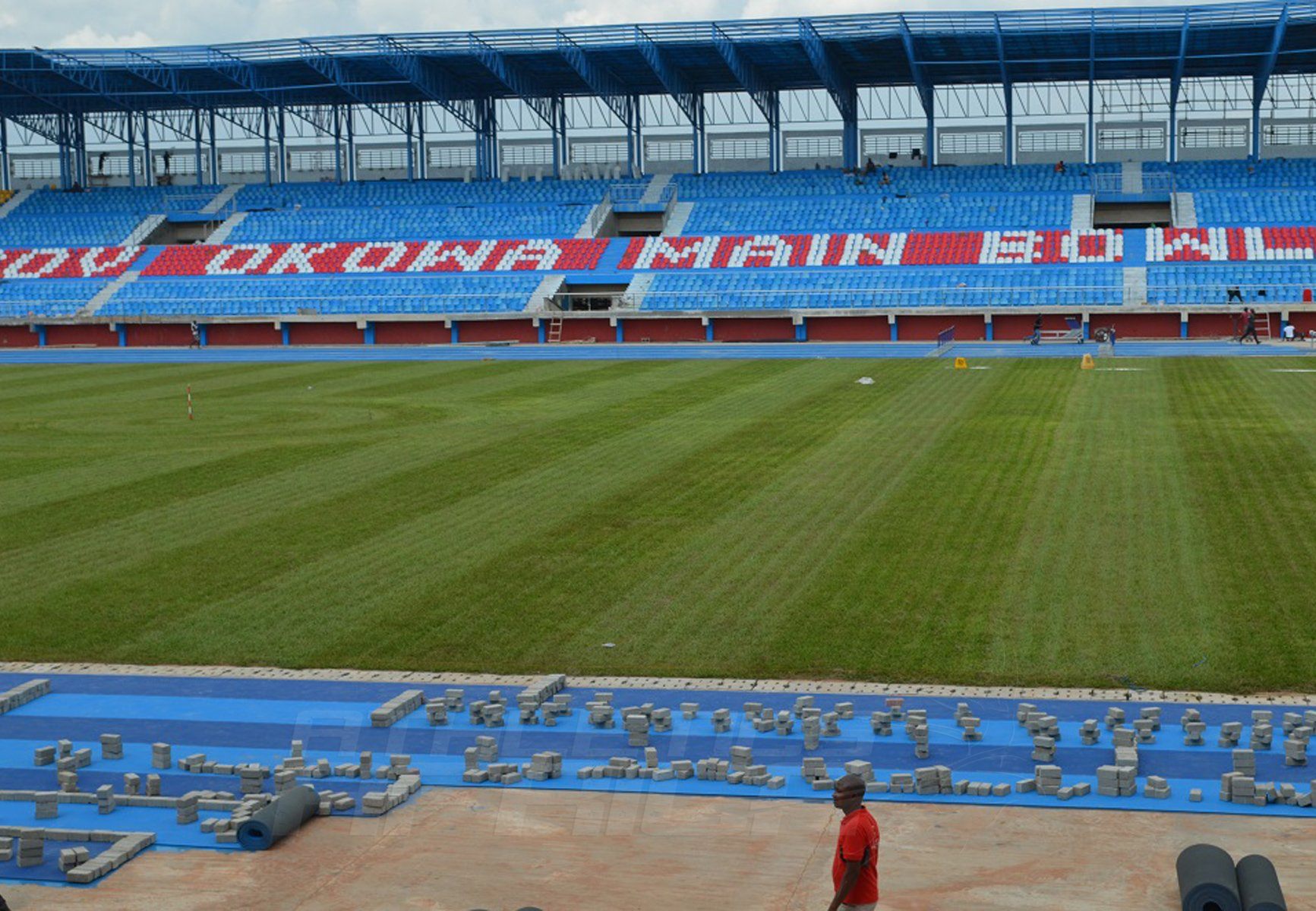 Laying of tracks in the mainbowl of the Stephen Keshi Stadium, venue of the CAA Asaba 2018 African Senior Championships on Tuesday 10 July, 2018 / Photo Credit: Asaba 2018 LOC

On his part, the Local Organising Committee Chairman, Solomon Ogba said they are happy all is on track and the promise to hold the best African Championships ever remains on course.

Listen to Mr Gungaram interview on Asaba 2018 below: