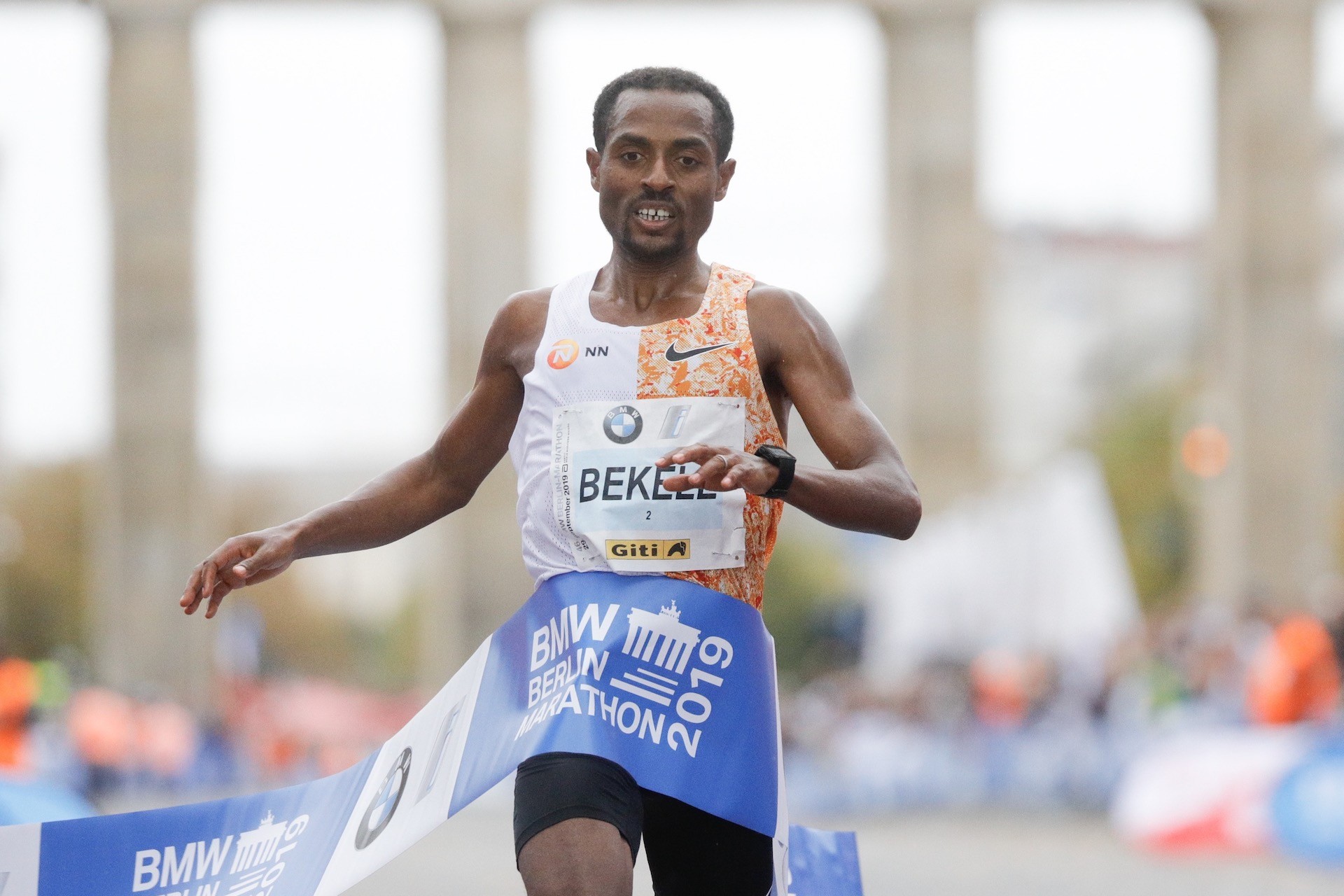 Ethiopia’s distance running great Kenenisa Bekele  made a sensational return to his international best with victory at the BMW BERLIN-MARATHON, missing the world record by just two seconds on Sunday.

For good measure, the 37-year-old Ethiopian set a national record and the fastest time in the world this year. Only his great Kenyan rival Eliud Kipchoge, who ran 2:01:39 here in Berlin last year, ranks above him in the world all-time list.

Bekele knows all too well what it is like to miss the world record by a narrow margin. In 2016 he won in 2:03:03 which was just six seconds outside the then world record.

There are also historical precedents for such narrow misses in marathon history: in 1985 the Welshman Steve Jones ran within one second of the world record in Chicago.

Behind Kenenisa Bekele his fellow Ethiopian Birhanu Legese finished second in 2:02:48 to become the third fastest marathoner in history.

Third place went to Sisay Lemma, running a personal best of 2:03:36 to complete the Ethiopian clean sweep. The best German runner was Jens Nerkamp who ran 2:14:54 to finish 37th.

In good weather conditions Ashete Bekere contributed her share to the Ethiopian celebrations with victory in her best time of 2:20:14, the fifth fastest women’s time of the year.

Melat Kejeta, Ethiopian-born but since March a German citizen, made a scintillating marathon debut to finish sixth in 2:23:57 and become the second fastest German woman ever in the marathon.

For the first time, the BMW BERLIN-MARATHON was the final race in the Abbott World Marathon Majors (AWMM) series.

Eliud Kipchoge took the overall title, having won in Berlin last year and London this spring while Brigid Kosgei won the women’s title, thanks to her victories in Chicago and London.

The BMW BERLIN-MARATHON has a habit of producing spectacular men’s races and this was yet another of the highest quality.

No-one would have thought beforehand that Eliud Kipchoge’s world record would come under threat. But that was what happened. After going through halfway in 61:05 a thrilling contest developed between three Ethiopians in the second half: Kenenisa Bekele, Birhanu Legese and Sisay Lemma.

Shortly after 30km Bekele dropped off the pace and a few kilometres later Legese broke away from Lemma. But then Bekele recovered although he was around 100 metres adrift. First he overtook Lemma then between 37 and 38 kilometres he went past the leader Legese.

Kenenisa Bekele ran so fast in this part of the race that breaking the world record came within reach. Ultimately he missed it for the second time in his career by mere seconds.

“I knew that I was in top form although my preparation was shorter than I would have hoped. I know I can run faster,” said Kenenisa Bekele, who has three Olympic gold medals on the track in the long distances and is still world record holder for 5 and 10,000m.

He added: “I have shown that my career is far from over.”

Birhanu Legese in second place was far from disappointed at missing the victory: “I am very happy with my performance and am also very happy for Kenenisa – he is a great runner.”

The best European was the Austrian Peter Herzog who finished 12th with a personal best of 2:10:57, taking him well inside the Olympic qualifying time of 2:11:30. 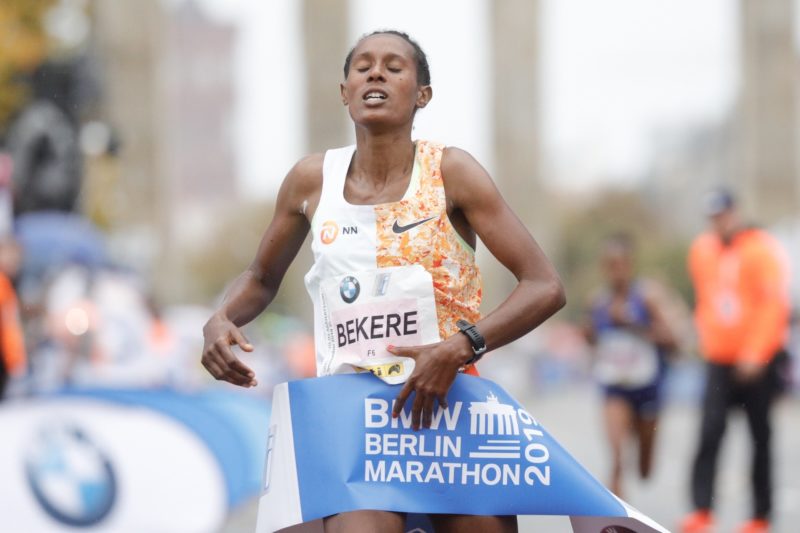 It wasn’t going to be the day for the favourite: Gladys Cherono, who broke the course record last year with 2:18:11, lost contact with the leading group before 20km and dropped out around 30km.

While the race wasn’t as fast as expected, the lead was shared for a long time by the Ethiopians Mare Dibaba, Ashete Bekere and Helen Tola as well as the Kenyan Sally Chepyego.

The last five kilometres turned into a duel between Ashete Bekere and the Olympic bronze medallist Mare Dibaba.

“I believe that I can run under 2:20 on this course,” said Bekere who has now won three marathons in succession after Valencia in 2018 and Rotterdam in April this year.

A record total of 46,983 runners from 150 countries entered the 46th edition of the BMW BERLIN-MARATHON.