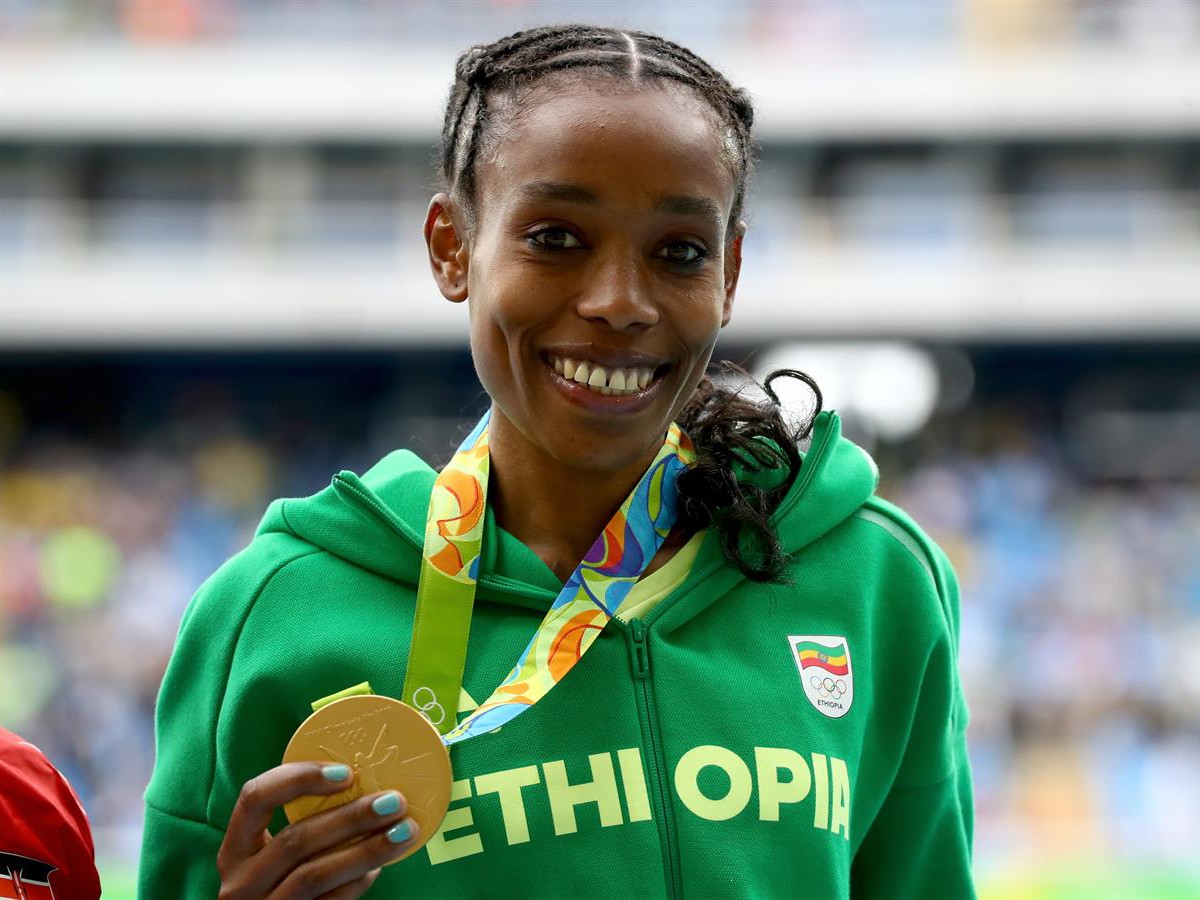 Jamaica’s Usain Bolt and Ethiopia’s Almaz Ayana have been named the male and female World Athletes of the Year at the IAAF Athletics Awards 2016, held at Sporting Monte Carlo on Friday 2 December.

Bolt, who won the award five times between 2008 and 2013, added to his legacy by earning the trophy for a record sixth occasion. The sprinting superstar this year successfully defended his Olympic titles in the 100m, 200m and 4x100m, bringing his lifetime tally of Olympic gold medals to nine.

He also went undefeated throughout the whole season at all distances, including heats.

Ayana had a record-breaking year. After recording the fastest 10,000m debut in history in June, the Ethiopian went on to win the Olympic title at the distance in a world record of 29:17.45.

She added to her Olympic medal haul in Rio by taking bronze in the 5000m, her only loss of the year. Having recorded three of the eight fastest times at 5000m, she ended the year as the Diamond Race winner for that discipline.

She becomes the third Ethiopian woman to win this award, following Genzebe Dibaba in 2015 and Meseret Defar in 2007.

The Belgian all-round talent won gold in the heptathlon at the Rio 2016 Olympic Games with a world-leading national record of 6810. Just 21 at the time, only one athlete (Carolina Kluft) has ever produced a higher score than Thiam’s at that age. En route to her Olympic triumph, she set a world heptathlon best of 1.98m in the high jump; higher than the winning leap in the individual high jump final.

The US coach guided Ashton Eaton to his second successive decathlon gold medal at the Rio 2016 Olympic Games, where Eaton equalled the Olympic record, and his third consecutive world indoor heptathlon title. Marra also guided Brianne Theisen-Eaton to the pentathlon title at the IAAF World Indoor Championships Portland 2016, where she broke the North American record. She later earned the bronze medal in the heptathlon at the Rio 2016 Olympic Games.

This award recognises and honours great service to athletics.

Argeitaki is an assistant professor of athletics at the National Kapodistrian University of Athens. The former Greek champion at middle-distance events is the treasurer, council member and president of the scientific committee at the Hellenic Athletics Federation. She has also written more than 50 scientific publications.

This award recognises outstanding achievements and contributions made to develop, encourage and strengthen the participation of women and girls at all levels of the sport.