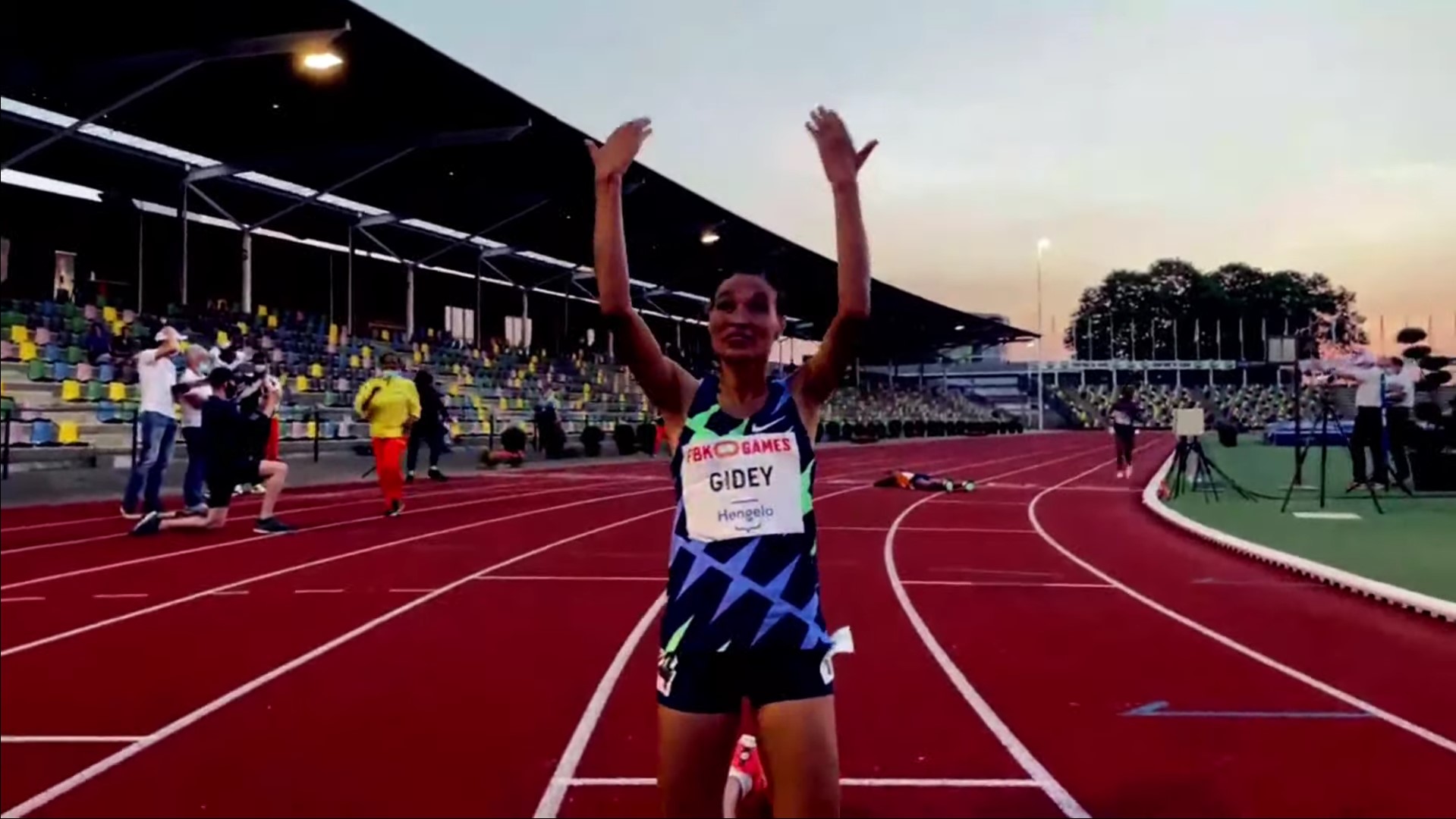 Gidey improved Hassan’s mark by five seconds with 29:01.03 to win the Ethiopian Olympic Trials on Tuesday.

Hassan, an Ethiopian-born Dutch runner, had bettered the previous record held by Ethiopian Almaz Ayana by over 10 seconds on Sunday.

“I’d like to try to break the world record again and break 29 minutes.”

Elsewhere in Hengelo, Gudaf Tsegay produced the fifth-fastest time in history to win the women’s 5000m in 14:13.32. Steeplechase specialist Getnet Wale won the men’s event in 12:53.28.

Unheralded Werkwuha Getachew smashed through the two-minute barrier for the first time in her career to win the women’s 800m in a national record of 1:56.67, while Freweyni Hailu won the women’s 1500m in a world-leading 3:57.33.