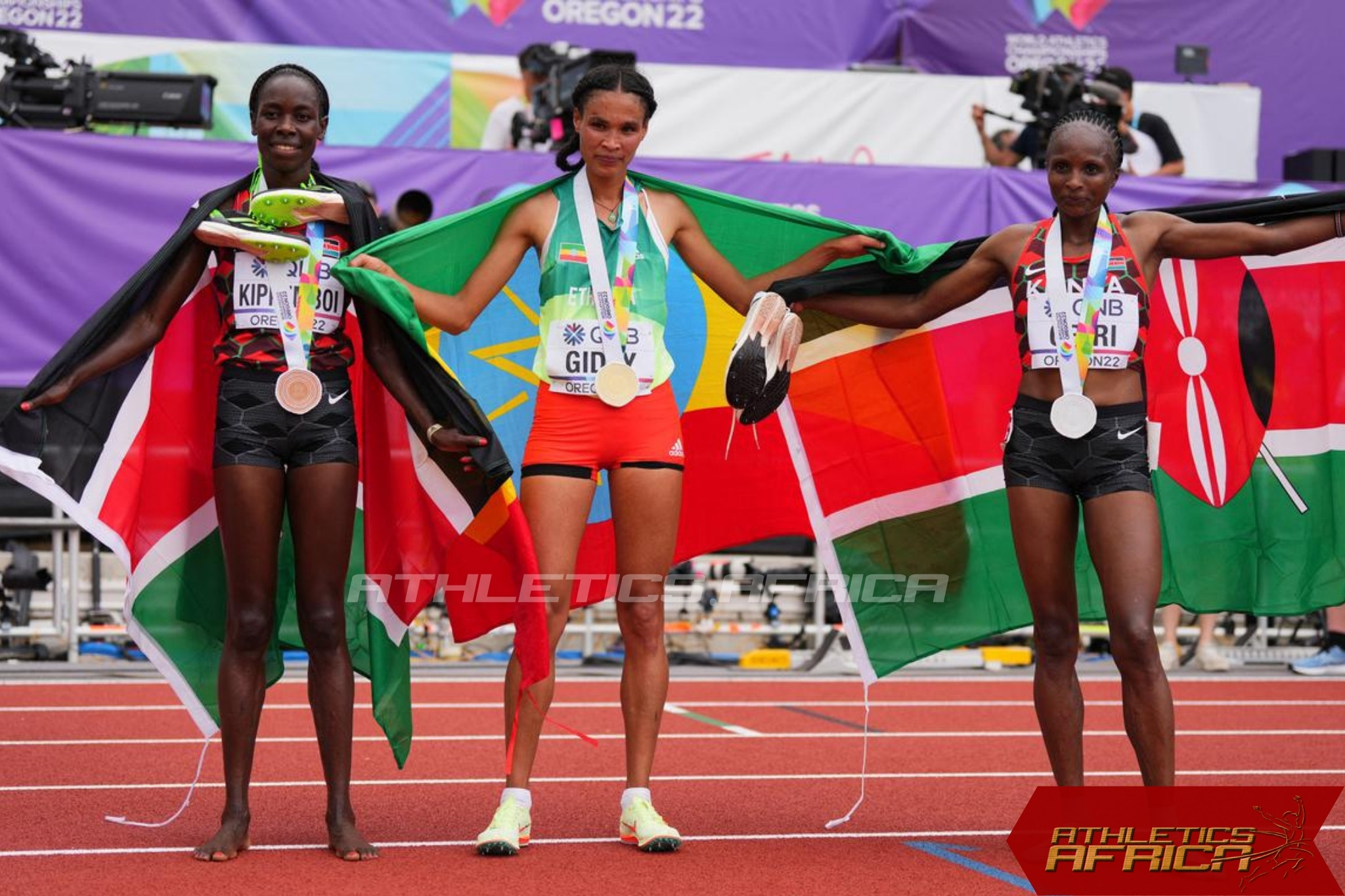 The Hayward Field crowd roared as the women in the 10,000 metres final at the 2022 World Athletics Championships, Oregon22 approached the last 200m. It was a full-on sprint to the finish line, with the top four women less than a stride length apart when they crossed the finish line.

Letesenbet Gidey of Ethiopia, who forged clear on the final lap, held on to win in 30:09.94 – the fastest time of the year. Right behind were Hellen Obiri and Margaret Kipkemboi of Kenya, winning silver and bronze, respectively.

Olympic and defending world champion Sifan Hassan of the Netherlands ended up in fourth place, only .62 behind the winner.

“I was thinking about winning this gold since 2019, but Hassan was always there. I was also watching Obiri,” said Gidey. “This time, I was really watching them, and I knew I had to be very fast in the last 300 metres.”

“This victory to me was even more important than a world record,” said Gidey. “I am so happy about this performance.”

Last summer, Letesenbet Gidey set the world record with a time of 29:01.03. She will compete again on Wednesday in the women’s 5,000m heats.

“With God’s help, I can get the double,” said Gidey. “I am very confident now.”

Hellen Obiri is a two-time world champion in the 5,000 metres. This year, however, she chose to focus on the longer distances.

“I have been running 10Ks and half marathons, so I have lost speed to defend my 5,000m title,” said Obiri. “I want to leave it to the younger athletes.”

Opposite of how Obiri felt coming into this race, her compatriot, Kipkemboi, felt the nerves for her World Championship debut.

“I was tense coming into the race,” said Kipkemboi. “We had defending champion Hassan, my fellow Kenyan Obiri and Gidey, the world record holder.”