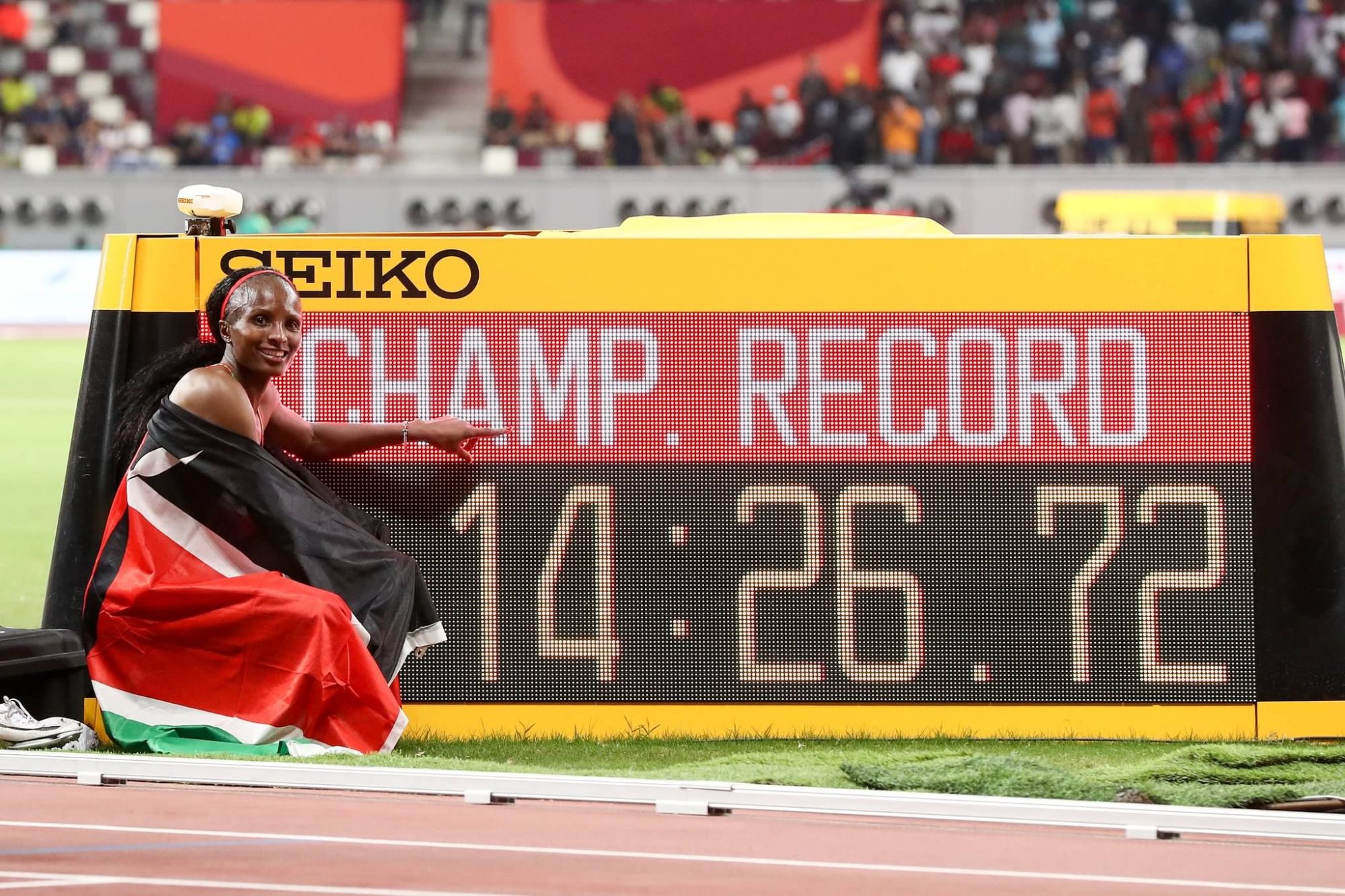 It was another extraordinary night of athletics at Doha’s Khalifa Stadium as Kenya’s Hellen Obiri successfully defended her 5000m title, after annexing the world cross-country title in March in Denmark, and Dutchwoman Sifan Hassan completed a unique double, adding the 1500m title to the 10,000m crown she claimed a week earlier.

Between them, Obiri and Hassan have dominated most of the key distance races from 1500m to 10,000m this year.

Hassan’s decision to choose the 1500m as her second event rather than the 5000m meant they did not meet here but instead put on consecutive displays of brilliance.

Hassan went first and completely dominated the 1500m, leading from gun to tape, crossing the finish line ten metres clear in 3:51.95, rising to sixth on the world all-time list.

She won by more than two seconds from defending champion Faith Kipyegon, who returned after the birth of her first child to set a Kenyan record of 3:54.22.

Obiri was similarly imperious, setting the pace for much of the race, then pouring on the pressure on the last lap to win comfortably in a championship record of 14:26.72. 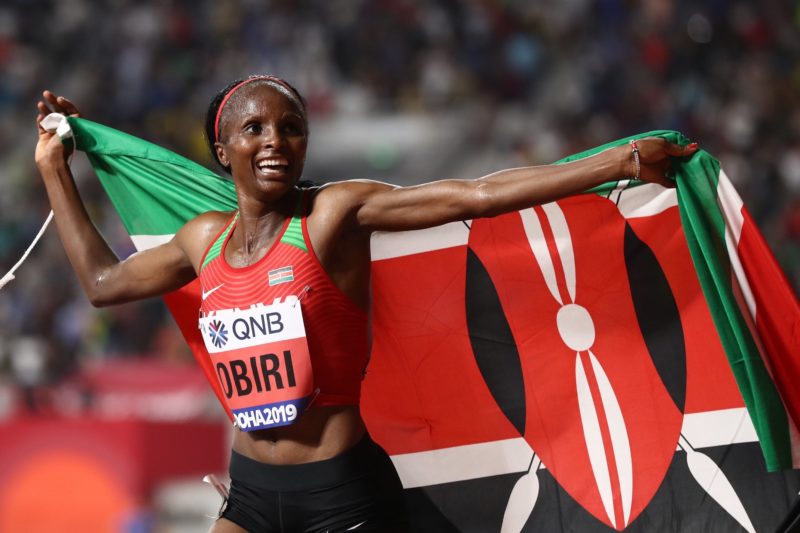 Her teammate Margaret Kipkemboi came through to take the silver in 14:27.49 from Germany’s Konstanze Klosterhalfen (14:28.43) as 11 women in the field set personal best times.

Venezuela’s Yulimar Rojas was another champion who reinforced her global supremacy, winning a second consecutive triple jump world title with a best leap of 15.37m, 45cm clear of the silver medallist Shanieka Ricketts of Jamaica, while the Olympic champion Caterine Ibarguen, last year’s World Athlete of the Year, had to content herself with the bronze (14.73m).

The Jamaican women were supreme as Natalliah Whyte, Fraser-Pryce, Jonielle Smith and Shericka Jackson combined to circle the track in 41.44. World 200m champion Dina Asher-Smith claimed her third medal of the championships, spearheading the British team to silver (41.85) ahead of the US team (42.10).

Coleman and Lyles joined forces with 100m silver medallist Justin Gatlin and Mike Rodgers to reclaim the men’s sprint relay title for United States for the first time in 12 years. They set a US record of 37.10, with Great Britain second (37.36) and Japan third (37.43).