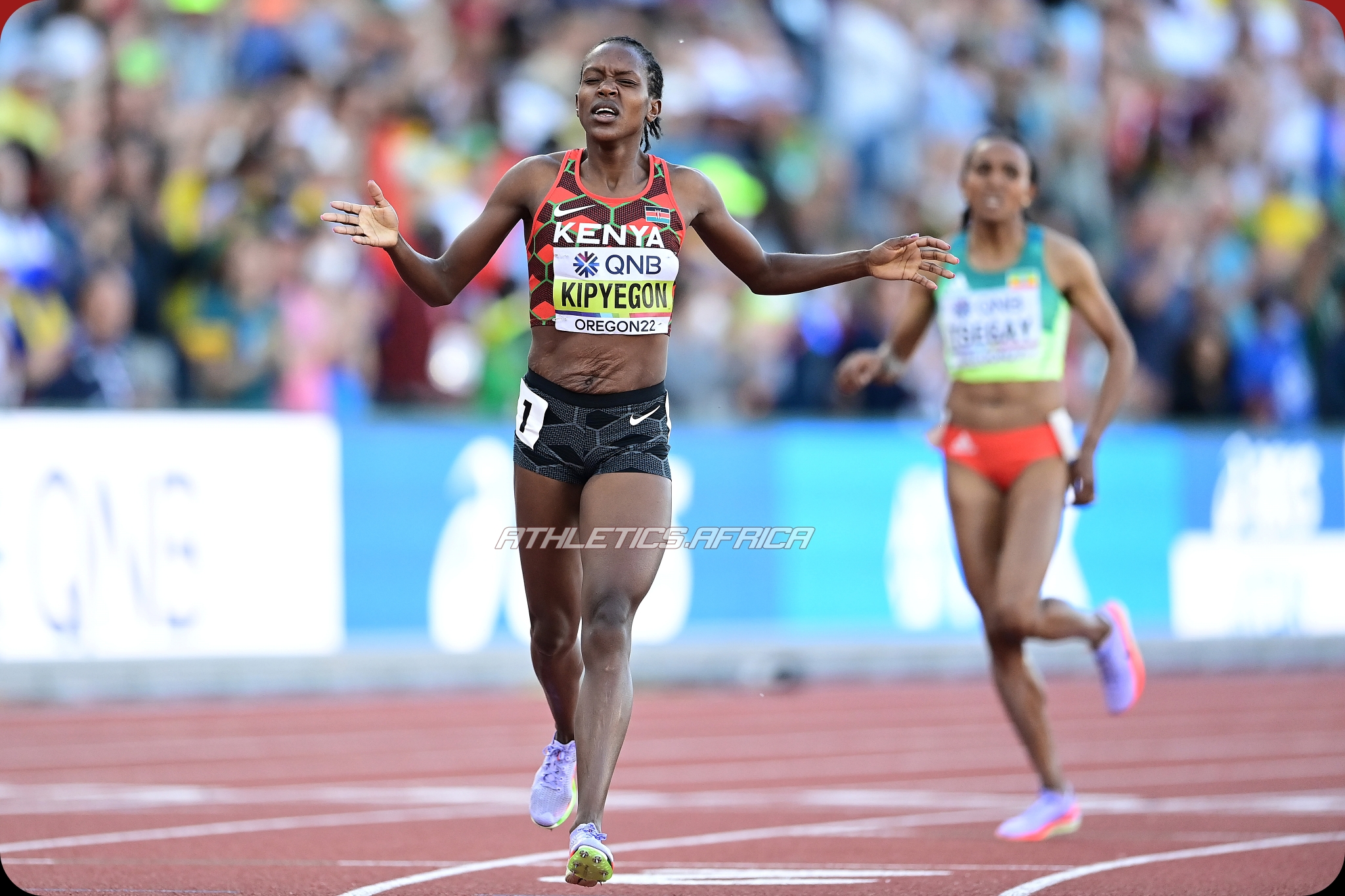 Faith Kipyegon took her second 1,500 metres world championship gold medal on Monday at the World Athletics Championships in Eugene, Oregon. She kept close to the front of the field in a final that went at a blazing 58-second pace in the first lap and finished in 3 minutes, 52.96 seconds.

Kipyegon, a two-time Olympic champion in the 1500m from Kenya, ran the 10th fastest time ever but was unable to break the world record of 3:50.07 or surpass her own personal best of 3:51.07.

“I have to say I am thankful for my second medal. I knew it was going to be fast, so I was well prepared for that. I knew everything was possible,” Kipyegon said. “This was my dream to be a world champion, and now I really want to get a new PB.”

Faith Kipyegon became the first runner to win four medals in the 1,500m.

“I knew I was coming out strong, so I am so grateful. I was facing a lot of pressure. Everybody was expecting something special from me,” she said. “Everybody was like, ‘Faith, we believe in Faith.’ So it was a real pressure. But I managed it.”

Ethiopian Gudaf Tsegay led the group at a world record pace through the first three laps. On the backstretch of the final lap, Tsegay fell to the silver medal position when she couldn’t keep up with Kipyegon’s famous kick.

Tsegay crossed the finish line in 3:54.52 to take silver while Laura Muir of Great Britain followed to achieve a bronze medal finish in 3:55.28, a season best for the Tokyo Olympics silver medalist.

“I was expecting more from this race, but my opponents were more experienced and lucky, so I have to be grateful for the silver,” Tsegay said.

“To run those times in the first lap, it is very impressive for all of us,” Muir said. “It’s a World Championships final, so I wasn’t expecting anything less.”

“I was facing a lot of pressure. Everybody was expecting something special from me. Everybody was like, ‘Faith, we believe in Faith,’ so it was a real pressure. But I managed it.Faith Kipyegon – Kenya, World 1500m Champion

The exciting race split at the first lap into a determined group of four, which included the three medallists and Hirut Meshesha, Tsegay’s Ethiopian teammate. The chase pack remained behind the leaders by a distant 40m. Meshesha dropped off from the medalist group with about 500 metres to go.

Tsegay said that she, Meshesha and their third compatriot, Freweyni Hailu, “prepared seriously for this race” in hopes of a better result.

“The three of us were under one coach, which was good for us. But unfortunately, we managed to win only this medal,” Tsegay said.

More African medals on the track

On a successful day for African athletes, Soufiane El Bakkali of Morocco won a slow 3,000m steeplechase in 8:25.13, adding a world championships gold medal to the Olympic gold medal he won in Tokyo. His time was 27 seconds slower than his personal best.