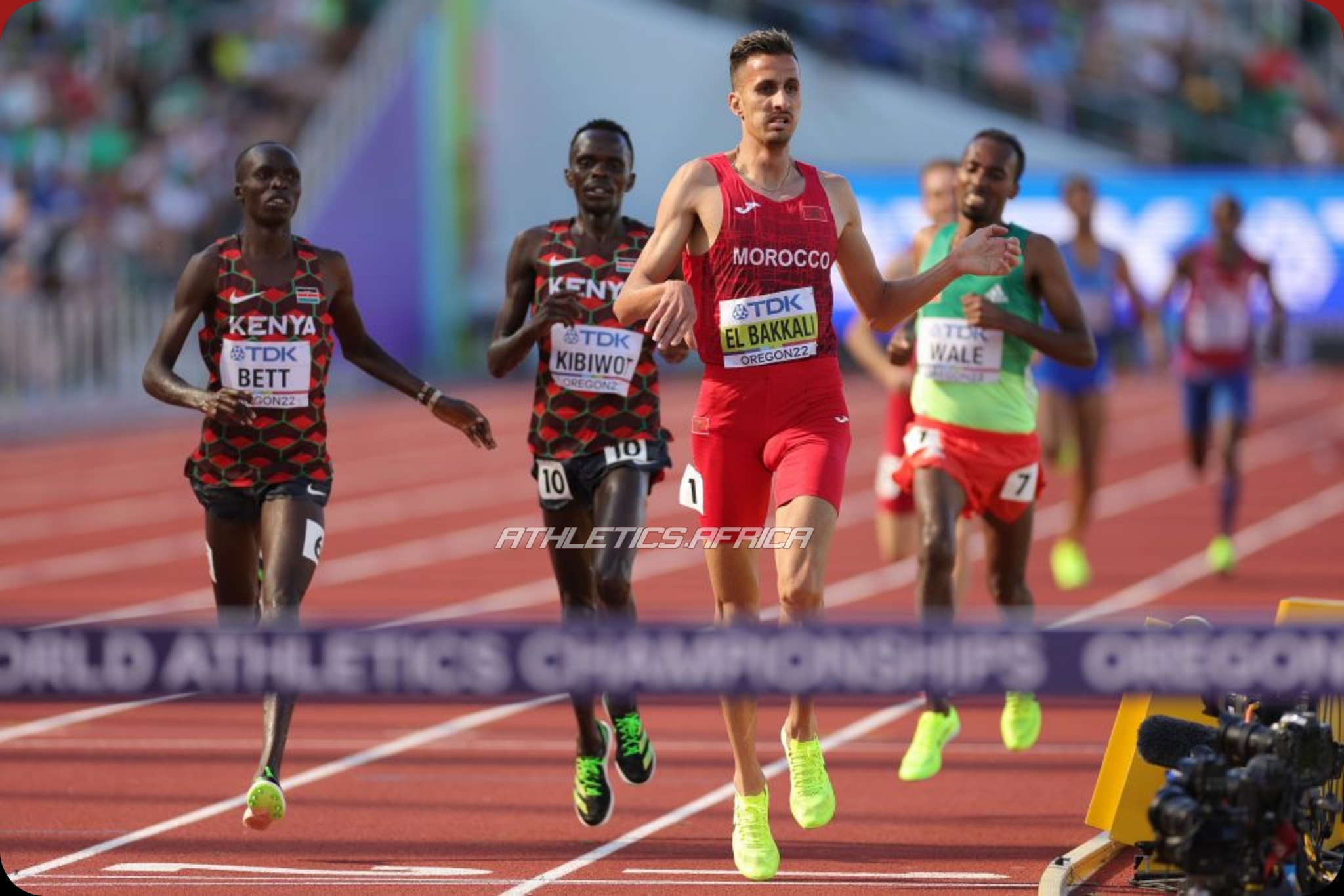 Morocco’s Soufiane El Bakkali captured gold in the men’s 3000m steeplechase final to end a run of Kenyan domination at both the Olympics and World Championships on Monday evening at the World Athletics Championships Oregon22.

The 26-year-old El Bakkali put on a tactical masterclass, timing his kick to perfection with a late surge in the final 200m, to end Kenya‘s 15-year reign in the discipline at the World Athletics Championships.

The Moroccan crossed the finish in 8:25.13 – the slowest time in the history of the championships – to halt Kenya’s streak of seven consecutive world titles in the discipline.

Soufiane El Bakkali, who’s also the reigning Olympic champion, can now boast of a complete set of World Championships medals, adding to the silver he won in London 2017 and bronze in Doha 2019.

“I am very happy to win my first world title after the Olympic gold,” said El Bakkali after the race. “The race was very difficult; it was very tactical and slow. I positioned myself well on the last lap. I am very strong in the 400m and it worked out for me.”

Ethiopia’s Lamecha Girma had to settle for silver once again with 8:26.01, having finished second at the Tokyo Olympics and in Doha three years ago, while Conseslus Kipruto, the 2019 champion, settled for the bronze this time in 8:27.92.

“The pace was very slow today,” Girma said. “My tactic did not work and that cost me the gold. I was trying to change the tactic but the pace limited me very much. I will go for gold next year and my training is starting from now on.”

It was the first time a Kenyan has finished out of the top two since 1991. Kenyan runners had won men’s steeplechase gold in every edition of the Worlds since Brimin Kipruto’s success in Osaka in 2007.