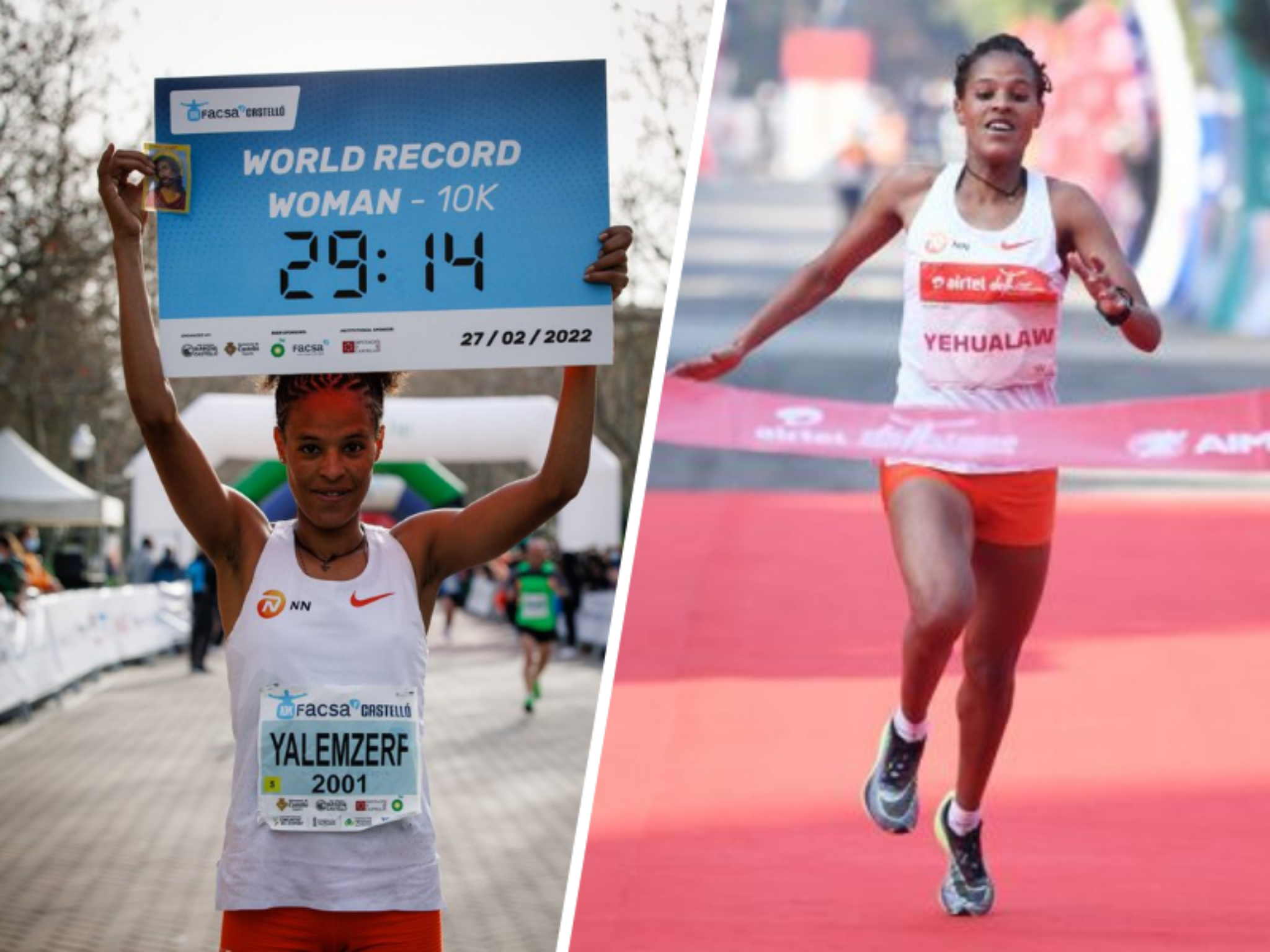 In doing so, the world half marathon bronze medallist improved the ratified record of 29:43 by Joyciline Jepkosgei and the yet-to-be-ratified mark of 29:38 set last year by Bahrain’s Kalkidan Gezahegne.

Running alongside men in the mixed race, Yehualaw covered the first 5km in 14:28 – the second-fastest clocking in history for that distance. Her pace dropped only slightly in the second half, which was covered in 14:46.

On the track, only two women have bettered Yehualaw’s time: her compatriot Letesenbet Gidey (29:01:03) and Sifan Hassan of the Netherlands (29:06.82).