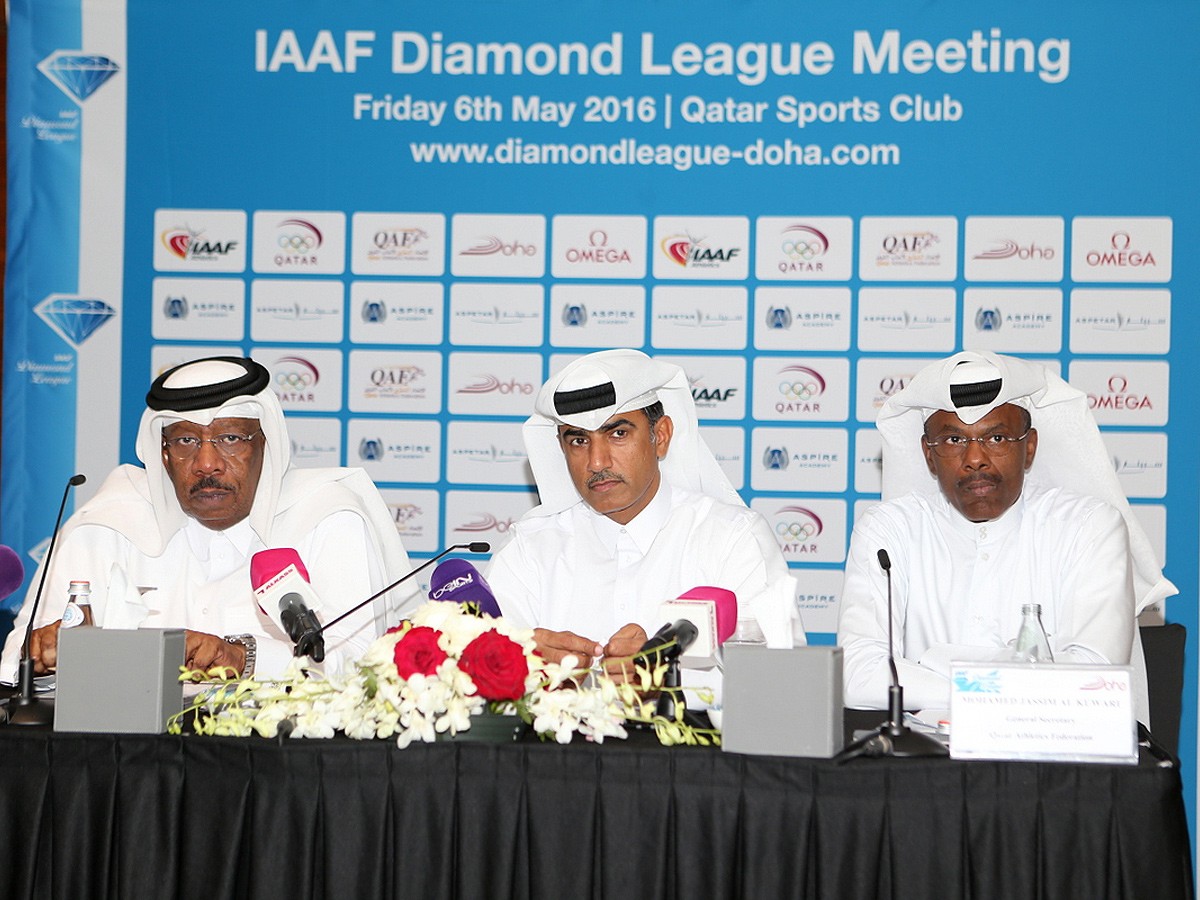 Reigning world champions Allyson Felix and Dafne Schippers will meet in a scintillating 100m clash at the Doha 2016 meeting on Friday 6 May, in what promises to be among the most anticipated head-to-head battles at the opening competition of the 14-meeting IAAF Diamond League series.

Few athletes are as familiar with Doha’s inviting early season conditions as Felix who will be chasing her 12th victory on the Qatar Sports Club track, and her fourth over 100m.

“It’s always great to be back in Doha and start my international season there,” said Felix, whose 11 victories in the Qatari capital also include three in the 200m and five straight in the 400m from 2007 to 2011.

In 2015 the 30-year-old Felix added the world 400m title to her long list of achievements, an important stepping stone to her Olympic 200m/400m double aspirations later this summer.

“It will be a great early season test three months before the Olympic Games. The conditions in Doha are always just about ideal, and the competition very strong.”

The test will indeed be a tough one for the three-time 200m world champion, 2012 IAAF Athlete of the Year and three-time Diamond Race winner who’ll take on Schippers, the rising sprint star who won the world 200m title last summer in Beijing with a sterling 21.63 run, a performance which elevated the 23-year-old Dutchwoman all the way up to the No. 3 position all-time in what was just her second season as a full-time sprint specialist.

“I have heard so many great things about Doha, about the competition and about the fast track,” said Dafne Schippers, who also raced to world championships silver last year in the 100m clocking a personal best 10.81.

Her transformation to international sprint star has been nearly as swift, coming just two years she won bronze in the heptathlon at the 2013 world championships.

Schippers was victorious in the pair’s last meeting, beating Felix in the Diamond League final in Brussels last September 22.12 to 22.22.

“I am really looking forward to running against Allyson, one of the best sprinters of all-time. As always, though, the entire field will be very strong.”

The field will also include Tori Bowie, the reigning US champion and 2015 world bronze medallist over the distance; [link id=”205″ tax=”post_tag” text=”Murielle Ahouré”] of Cote D’Ivoire, who raced to 100m and 200m silver at the 2013 world championships; and Jamaican Veronica Campbell-Brown, whose long list of accolades include back-to-back Olympic 200m titles in 2004 and 2008 and a bronze medal at the 2015 world championships.

And in the men’s 200m, the spotlight will fall on home favourite Femi Ogunode who’ll be targeting a solid early season start on home turf.

“I really want to give local fans a Diamond League win for Qatar at home,” said [link id=”581″ tax=”post_tag” text=”Ogunode”], who finished seventh in the event at the world championships last year in the finest season of his career.

Panama’s Alonso Edward, the Diamond Race winner in the event in 2014 and 2015 is also in the field, along with Jamaican Nickel Ashmeade, who won in Doha in 2014.

The Doha Diamond League also announces a stellar field in the men’s 110m hurdles, which includes Jamaican Omar McLeod who’ll be looking to extend the momentum that propelled him to world indoor gold in Portland last month to his 2016 outdoor debut.

“As a fan of the sport I am always amazed by the sprints and hurdles field assembled in Doha, I am excited to be a part of the 2016 constellation and look forward to the event.” McLeod will bring a 12.97 career best to the start line.

The field will also include Aries Merritt of the US, the reigning Olympic champion and world record holder who underwent a kidney transplant surgery just four days after taking bronze at last year’s world championships. His 13.04 performance in Beijing was the fastest since his stunning 12.80 world record at the Brussels Diamond League, despite running with just 20 percent kidney function.

David Oliver of the US will return looking for a fourth Doha victory. The 33-year-old former world champion set the current meeting record of 12.95 in 2008.

The women’s 400m hurdles field is led by two-time reigning world champion Zuzana Hejnova. The 29-year-old Czech, who also struck Olympic bronze in London, will be targeting the 54.27 meeting record set by Ionela Tirlea-Manolache in 1999.

In an intriguing match-up, she’ll be facing Kemi Adekoya of Bahrain who raced to world indoor gold over 400m last month. [link id=”147″ tax=”post_tag” text=”Adekoya”] won this event in Doha two years ago.