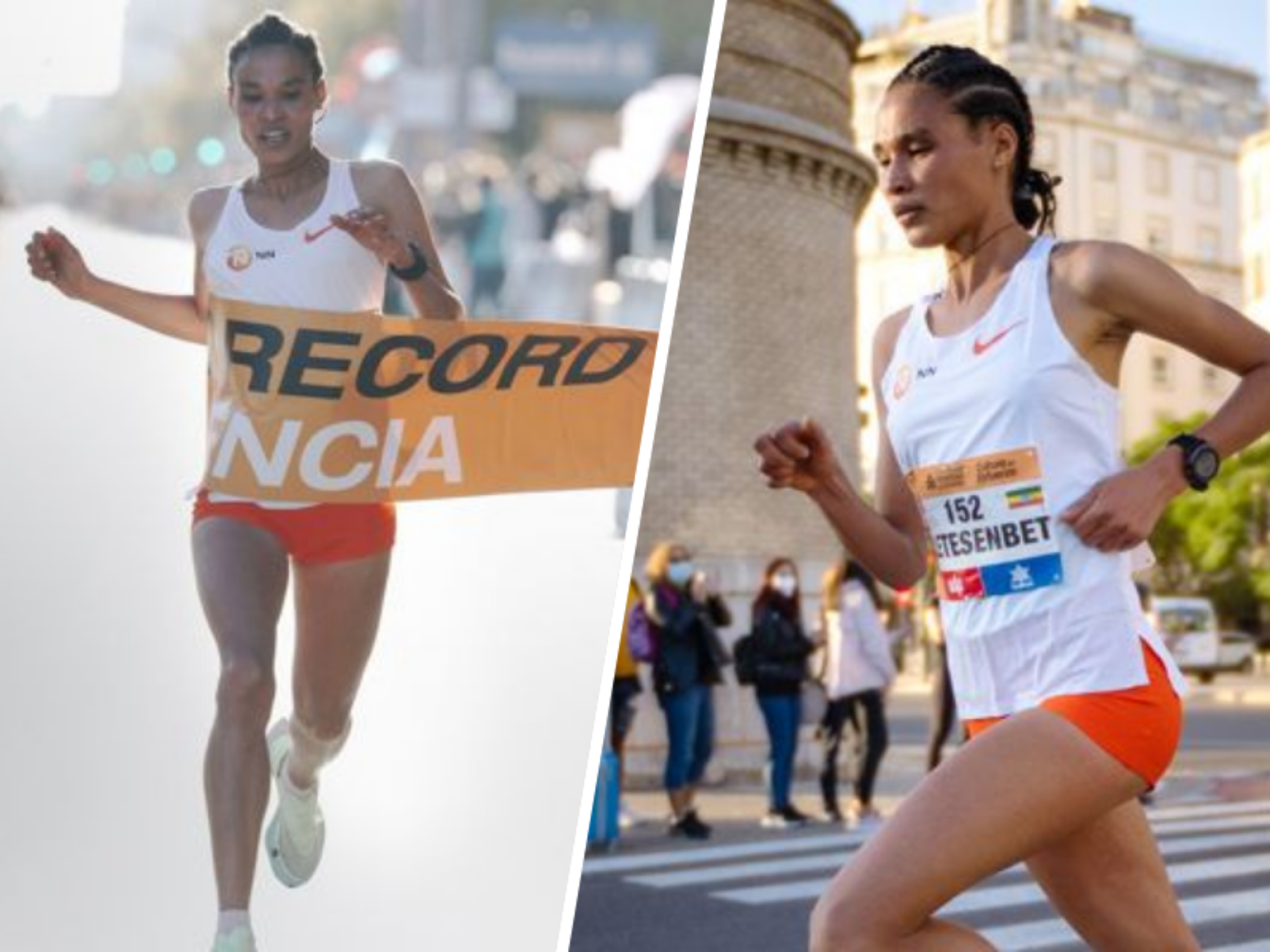 Ethiopia’s Letesenbet Gidey broke the world record at the Valencia Half Marathon Trinidad Alfonso EDP, clocking 1:02:52 on her debut at the distance at the World Athletics Elite Label road race on Sunday.

Competing in the same Spanish city where she broke the world 5000m record last year, Gidey took more than a minute off the previous mark of 1:04:02 set by world marathon champion Ruth Chepngetich earlier this year.

The world and Olympic 10,000m medallist also becomes just the second athlete in history to hold world records for 5000m, 10,000m and the half marathon concurrently after Norwegian distance-running legend Ingrid Kristiansen, who achieved the feat in the late 1980s.

Yehualaw, whose recent 1:03:44 clocking in Larne could not be ratified as a world record due to the course being too short, drifted further back over the next few kilometres as Gidey reached 10km in 29:45 – the third-fastest clocking in history for the distance and just seven seconds shy of the world record set just a few weeks ago by Kalkidan Gezahegne.

Gidey maintained her incredible pace and covered the next 5km segment in 14:44, bringing her to 15km in 44:29 and putting her more than a minute inside world record schedule. Although her pace dropped very slightly in the last quarter of the race, she had done more than enough to ensure victory in a world record time.

“I want to thank everyone who helped me to achieve this,” said Gidey, whose world 5000m record was set in the same city.

“I love Valencia, it is a wonderful city and it’s almost a second home for me. I ran very fast in the first part of the race, but I had trained hard for it, and here is the result.”

In the men’s race, a resurgent Abel Kipchumba overtook fellow Kenyan Rhonex Kipruto in the closing stages to win in 58:07, moving him to sixth on the world all-time list and improving on his own world-leading mark from Herzogenaurach last month.

Kipruto was second in 58:09 and Daniel Mateiko third in 58:26. In a race of unprecedented depth, the top seven men finished inside 59 minutes.