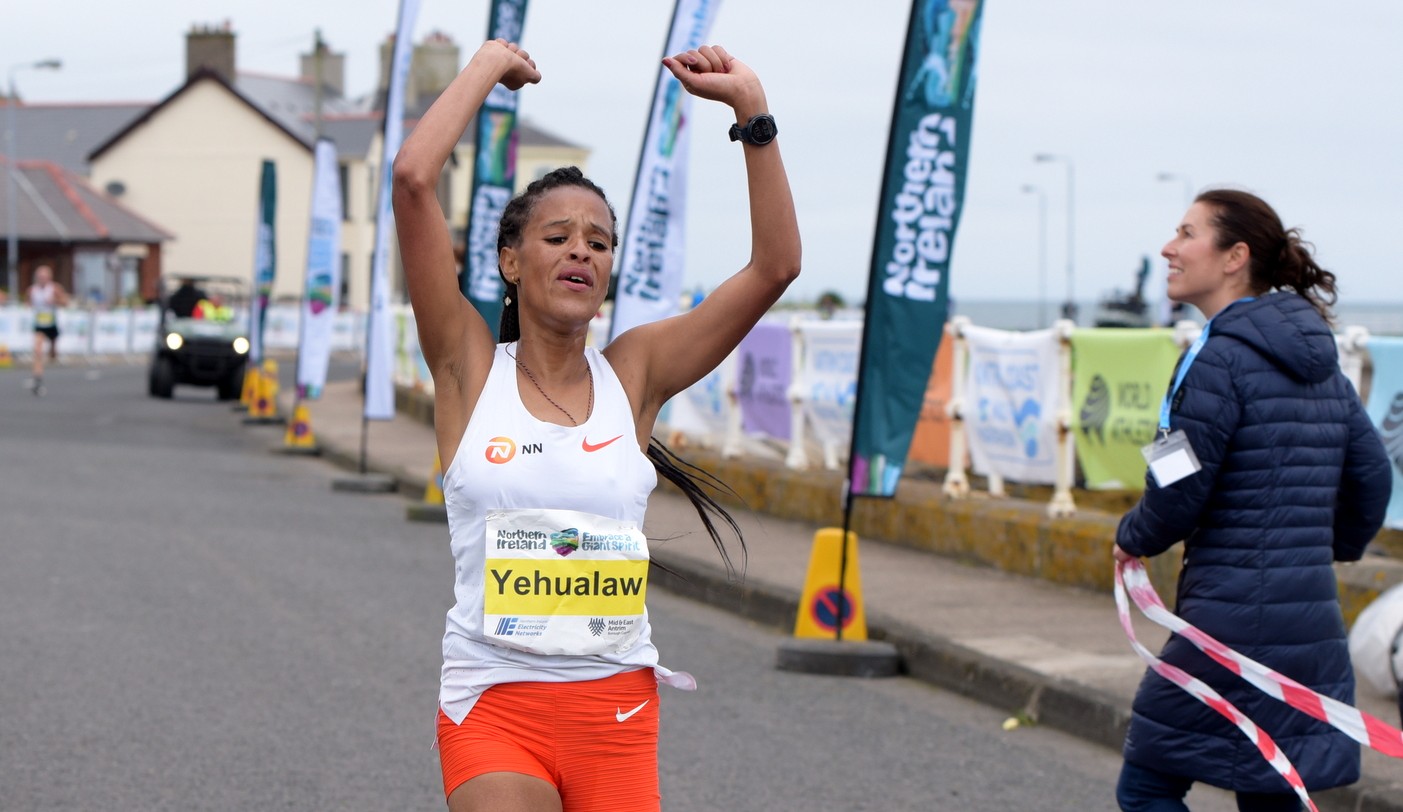 Ethiopia’s Yalemzerf Yehualaw took 19 seconds off the world half marathon record, running a remarkable 1:03:43 at the Antrim Coast Half Marathon, a World Athletics Label Road Race, in Larne, Northern Ireland, on Sunday.

Yehualaw becomes the first woman to break 64 minutes for the half marathon, with her mark improving on the 1:04:02 world record which had been set by Kenya’s world marathon champion Ruth Chepngetich in Istanbul on 4 April.

Yehualaw had been second in that race in Istanbul, running 1:04:40, but this time her dominant performance saw her win by six minutes ahead of Kenya’s Vane Nyaboke (1:09:44). Britain’s Rose Harvey was third (1:10:28).

Turning to run back along the coast, Yehualaw passed the 15km mark in 45:24.2 looking comfortable and continued to push on, eventually crossing the finish line full of emotion, with 1:03:43 on the clock.

“This was a dream come true for me,” said Yehualaw. “I have tried twice before to break the world record but it didn’t happen, but I’m so happy it happened today in Larne.”

The performance would have meant even more to Yehualaw after she finished fourth in the Ethiopian Trials 10,000m and did not make the team for the Olympic Games in Tokyo. She was also left motivated after her third-place finish at the World Athletics Half Marathon Championships in Gdynia last October.

“At the World Half Marathon Championships I was trying to win gold but it didn’t happen,” Yehualaw added. “But today I’m so happy.”