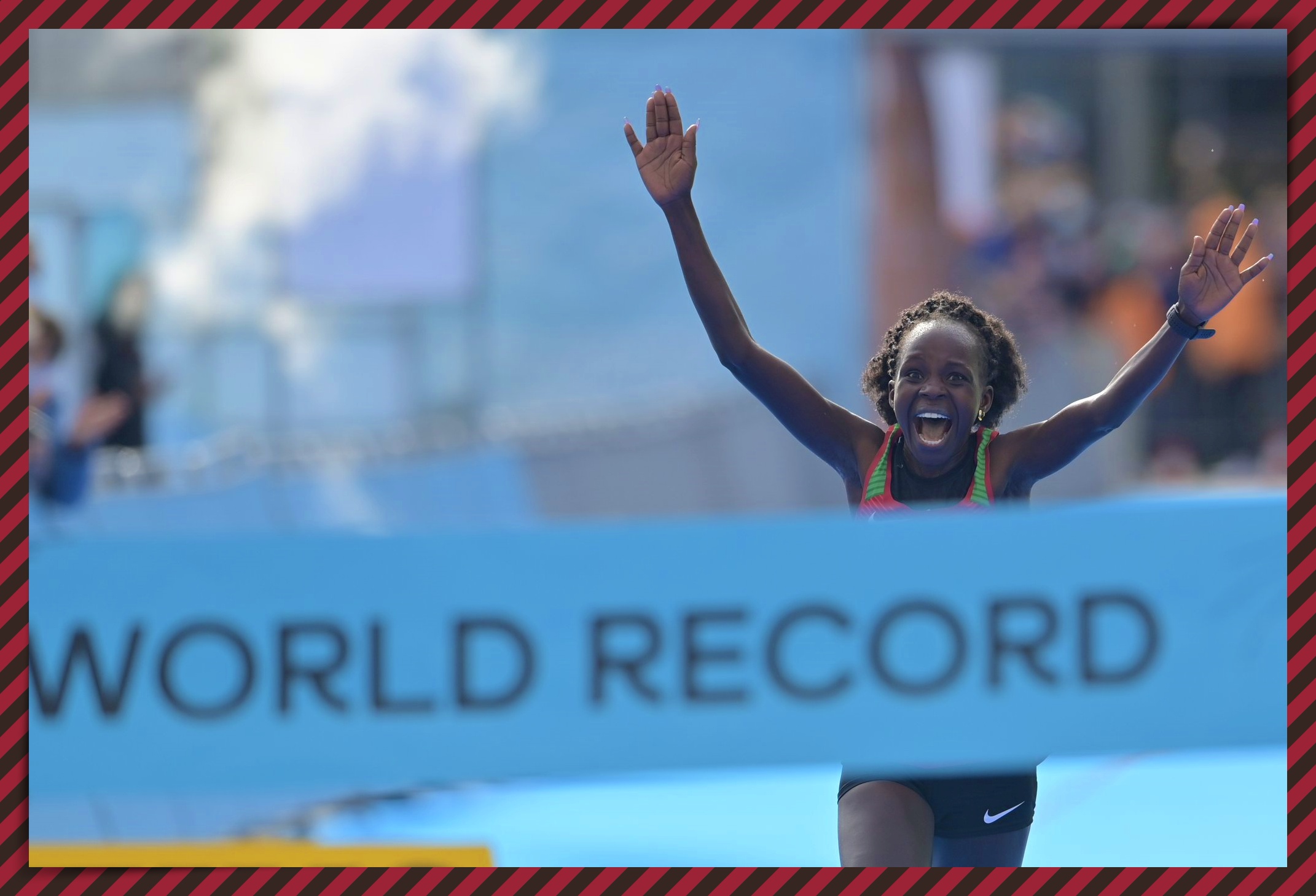 Peres Jepchirchir’s women-only world half marathon record of 1:05:16, set at the World Athletics Half Marathon Championships in Gdynia on 17 October 2020, has been ratified.

For the first time in history, the top six women all finished under 66 minutes in the same race, and the top three all beat Jepchirchir’s previous women-only world record mark of 1:05:34 which had been set in Prague just over a month before, on 5 September.

Conditions were cool and breezy on the morning of the race, which took place on a roughly 5.5km loop course featuring a seafront stretch, covered by athletes four times.

It was former mixed race world record-holder Joyciline Jepkosgei who led a 13-strong group through 5km in 15:20 and a lead group of seven passed 10km in 30:47.

The two Kenyan teammates Jepkosgei and Jepchirchir led through 15km in 46:24 but a short while later Ethiopia’s then outright world record-holder Ababel Yeshaneh and Jepkosgei clashed and fell.

They went through 20km in 62:04, 13 seconds clear, and eventually finished 20 seconds ahead of their rivals.

“It’s unbelievable,” said Jepchirchir afterwards. “My goal was to win this race. I did not expect that I would beat the world record, but I realised that it could happen when we passed 20km. It was a little bit windy, but the course was good for me.

“I am so happy with this. It’s a gift to all the Kenyans, to my family.”

In this article:IAAF World Half Marathon, Peres Jepchirchir, World Athletics