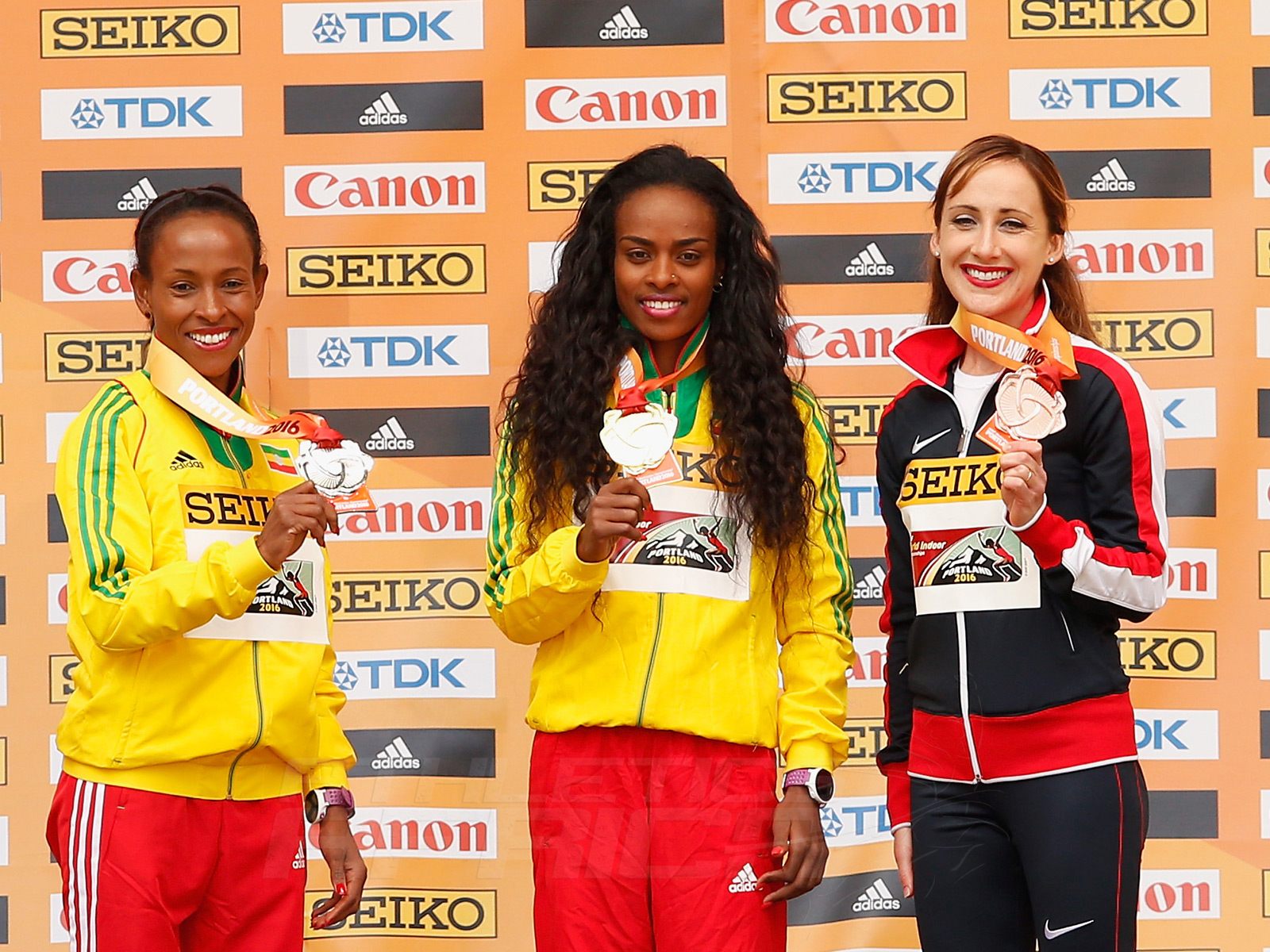 Genzebe Dibaba and Yomif Kejelcha delivered two much needed gold medals to Ethiopia on the final day of the IAAF World Indoor Championships in Portland, Oregon on Sunday.

Genzebe Dibaba, a six-time world record-holder from 1500 to 5000 metres, cruised to victory and her third world indoor title, in dominant style, in 8:47.43.

Her teammate Meseret Defar, a two-time Olympic gold medalist and four-time indoor world champion in the 3,000 metres, settled for the silver medal in 8:54.26, while American Shannon Rowbury took the bronze in 8:55.55.

“It was easy for me because the field was not that strong,” Dibaba said after the race. “My family and my whole country are also happy.”

Ethiopia‘s four-time indoor gold medalist Meseret Defar was pleased to add a silver medal to her collection from Portland 2016.

“I am so unbelievably happy,” said Defar. “I just had a baby girl not that long ago. This is so special for me.” 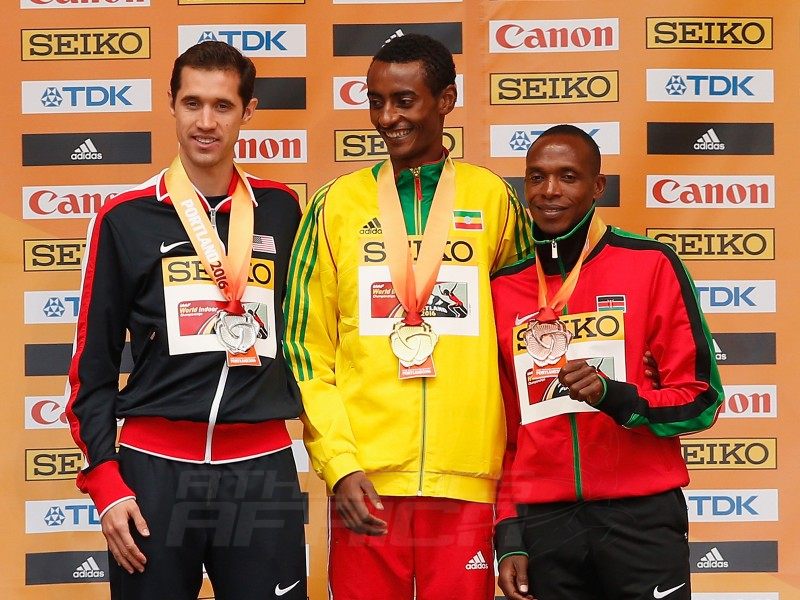 (L-R) Silver medallist Ryan Hill of US, gold medallist Yomif Kejelcha of Ethiopia and bronze medallist Augustine Kiprono Choge of Kenya during the medal ceremony for the Men’s 3000m during day 4 of the IAAF World Indoor Championships at Pioneer Courthouse Squareon March 20, 2016 in Portland, Oregon. (Photo by Christian Petersen/Getty Images for IAAF)

With the finish line looming, Hill, roared on by the home crowd, came through to take the silver medal in 7:57.39 ahead of Augustine Choge, who settled for the bronze medal in 7:57.43.

Kejelcha’s winning time may have been the second slowest in championship history, but he wouldn’t mind. Besides he seems to have an affinity with Oregon.

In 2014, he won the world junior championship 5000m title in Eugene. He also won the 5000m at the IAAF Diamond League meeting at the same venue last year.