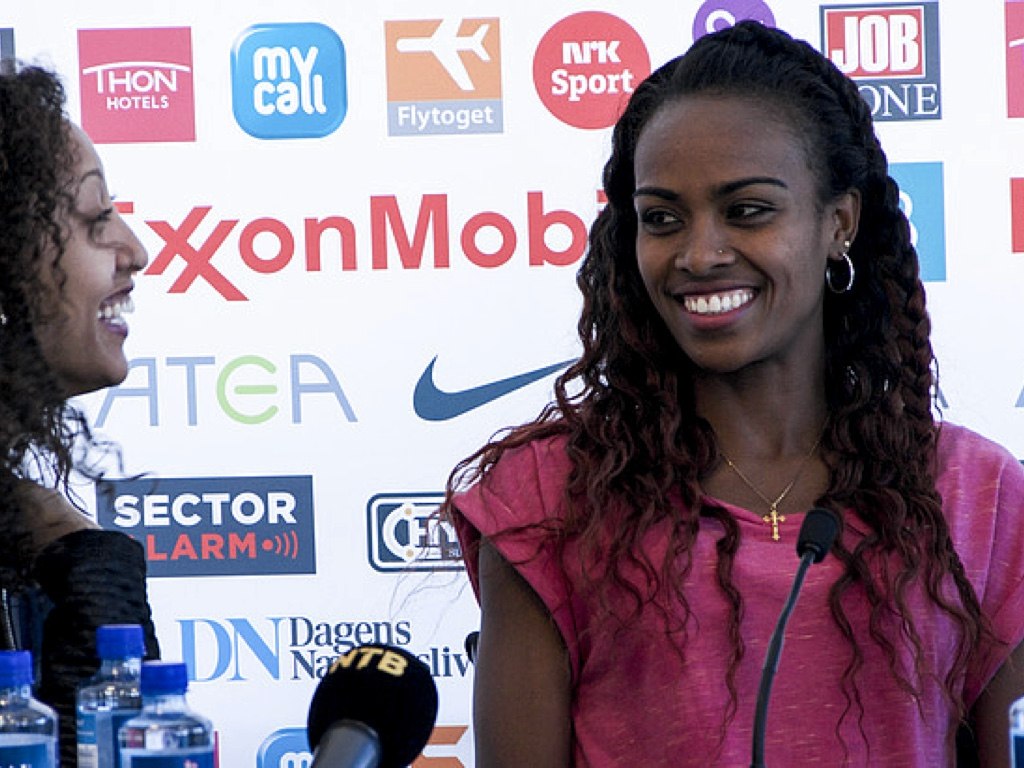 In a special tribute to the 50th anniversary of the ExxonMobil Bislett Games, Ethiopia’s world indoor 3,000m champion, Genzebe Dibaba has officially revealed to the media her intent to break the world 5,000m record on Thursday evening.

The 24-year-old star explained the importance of continuing her family’s fine record-breaking tradition in Oslo, with the task of eclipsing the 14:11.15 global twelve and a half lap mark – held by her elder sibling, [link id=”249″ tax=”post_tag” text=”Tirunesh Dibaba”] from her 2008 victory in the Norwegian capital – as the main goal.

With 29-year-old Tirunesh – a three-time Olympic champion, nine-time world champion, and winner here in 2003 and 2006 also – having moved away from the track in order to focus on the marathon distance, [link id=”379″ tax=”post_tag” text=”Genzebe Dibaba”] is determined to follow in her illustrious footsteps on the track:

The 2010 world junior 5,000m champion said of her appearance at the sixth leg of the worldwide IAAF Diamond League:

“I’ve spoken to my sister and she told me to use the unique atmosphere in the great stadium.

“I have run here before but I was never the one in focus – this time it is my turn to have the attention and I am looking forward to the experience.”

“It feels more safe to run indoors – this is my first time attacking the 5,000m outdoor world record so I am a bit nervous but I am confident it will go well,” she revealed.

“I will be paced to 2km then I will take over myself. The weather conditions are supposed to be perfect so I hope to take my sister’s record,” she added.

With a 15,000-strong sell-out crowd set to descend on the Bislett Stadium this week including an estimated impressive 1,500 Ethiopian fan-base, local support will be strong during her attempt to become the 70th world record breaker in the event’s prestigious 50-year history.

“My shape is very good – I’ve been getting ready for this race for a while and I am ready to break the record,” Dibaba explained.

“I believe in God and know he will help me to break it after I have worked so hard. I have trained well and I feel in very good shape.

“If I break the record, it will help with my confidence and chances for Beijing (the IAAF World Championships in August) – there, I hope to win the gold medal in the 5,000m event because I want to make my country proud and give them a reason to celebrate.