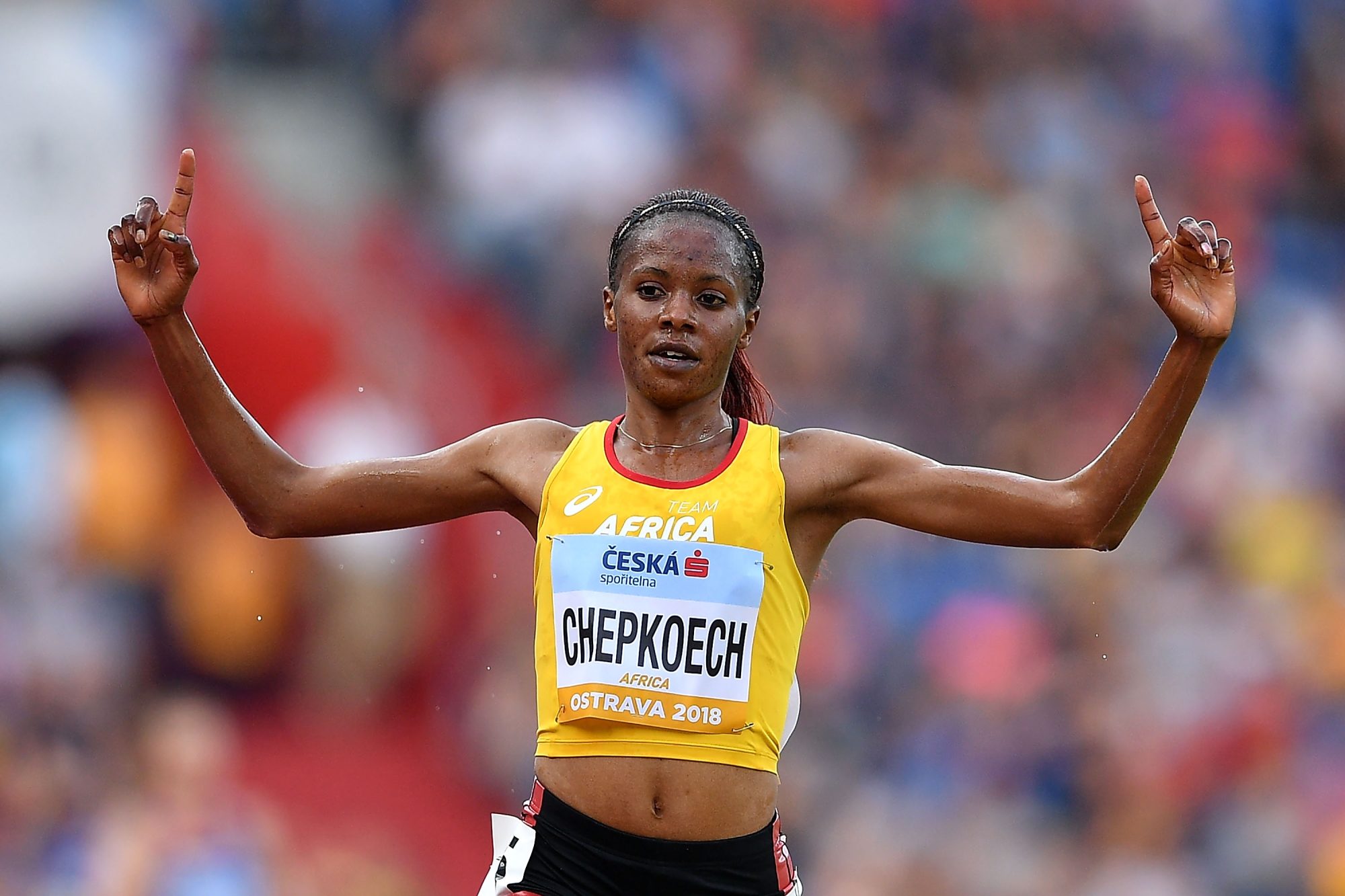 Gudaf Tsegay, Beatrice Chepkoech and Kibiwott Kandie will go into the Olympic season with recent world records to their names, after their respective marks over 1500m, 5km and the half-marathon were ratified this week.

Tsegay achieved her 1500m feat at the Meeting Hauts-de-France Pas-de-Calais on 9 February, clocking 3:53.09 to take more than two seconds off the previous world indoor record of 3:55.17 set by her Ethiopian compatriot Genzebe Dibaba in Karlsruhe on 1 February 2014.

World bronze medallist Tsegay followed the swift early tempo at the World Athletics Indoor Tour Gold meeting in Lievin, France, as the pacemaker led the field through 400m (58.97) and exited just before 800m, which Tsegay passed in 2:05.94.

With three laps to go, Tsegay had a four-second lead but she showed no signs of slowing down, passing through 1000m in 2:37.36. The clock read 2:52.9 with two laps to go and Tsegay maintained her pace with another lap just outside 30 seconds, digging in for the final circuit.

“I have been training really hard and I set myself a target to break the world indoor record,” said Tsegay. “I had this record in my mind for a long time – maybe six or seven years.”

“I’m so happy because I didn’t expect it,” said Chepkoech, who broke the world 3000m steeplechase record with 8:44.32 also in Monaco in 2018. “It was cold and there was a lot of wind, but I tried to follow my pacemaker and everything was perfect.”Beatrice Chepkoech (KEN

Chepkoech’s success on the road

Racing on Valentine’s Day, the world 3000m steeplechase champion further demonstrated her passion for the sport by running 14:43 for 5km on the roads, improving on the previous women’s record in a mixed gender race of 14:48 set by her compatriot Caroline Kipkirui on 8 September 2018.

It was also one second faster than Sifan Hassan’s 14:44 record for a women-only race, which had previously been the fastest time ever produced over the distance since the 5km was introduced as a world record event in November 2017.

“I’m so happy because I didn’t expect it,” said Chepkoech, who broke the world 3000m steeplechase record with 8:44.32 also in Monaco in 2018. “It was cold and there was a lot of wind, but I tried to follow my pacemaker and everything was perfect.”

Two months earlier, Kandie had also made road running history by clocking 57:32 at the Valencia Trinidad Alfonso EDP Half Marathon.

Running in near-ideal conditions on December 6, Kenya’s Kandie gained his “revenge” after missing out on World Athletics Half Marathon Championships gold in Gdynia seven weeks before.

There he was beaten by Uganda’s Jacob Kiplimo but in Valencia Kandie turned the tables in superb style, also shaving 29 seconds from the previous world half-marathon record of 58:01 which had been set by his compatriot Geoffrey Kamworor in Copenhagen on 15 September 2019.

The closing kilometre was a thriller as Kiplimo took the lead with around 900 metres remaining, but Kandie responded and took control some 500 metres from the finish, going on to add his name to the record book.

“I can’t believe it, I have beaten Kamworor’s world record by half a minute,” said Kandie. “Today is a great day for me and also for Kenya.”