Guye Adola and Tsegaye Mekonnen to run in Hamburg – AthleticsAfrica 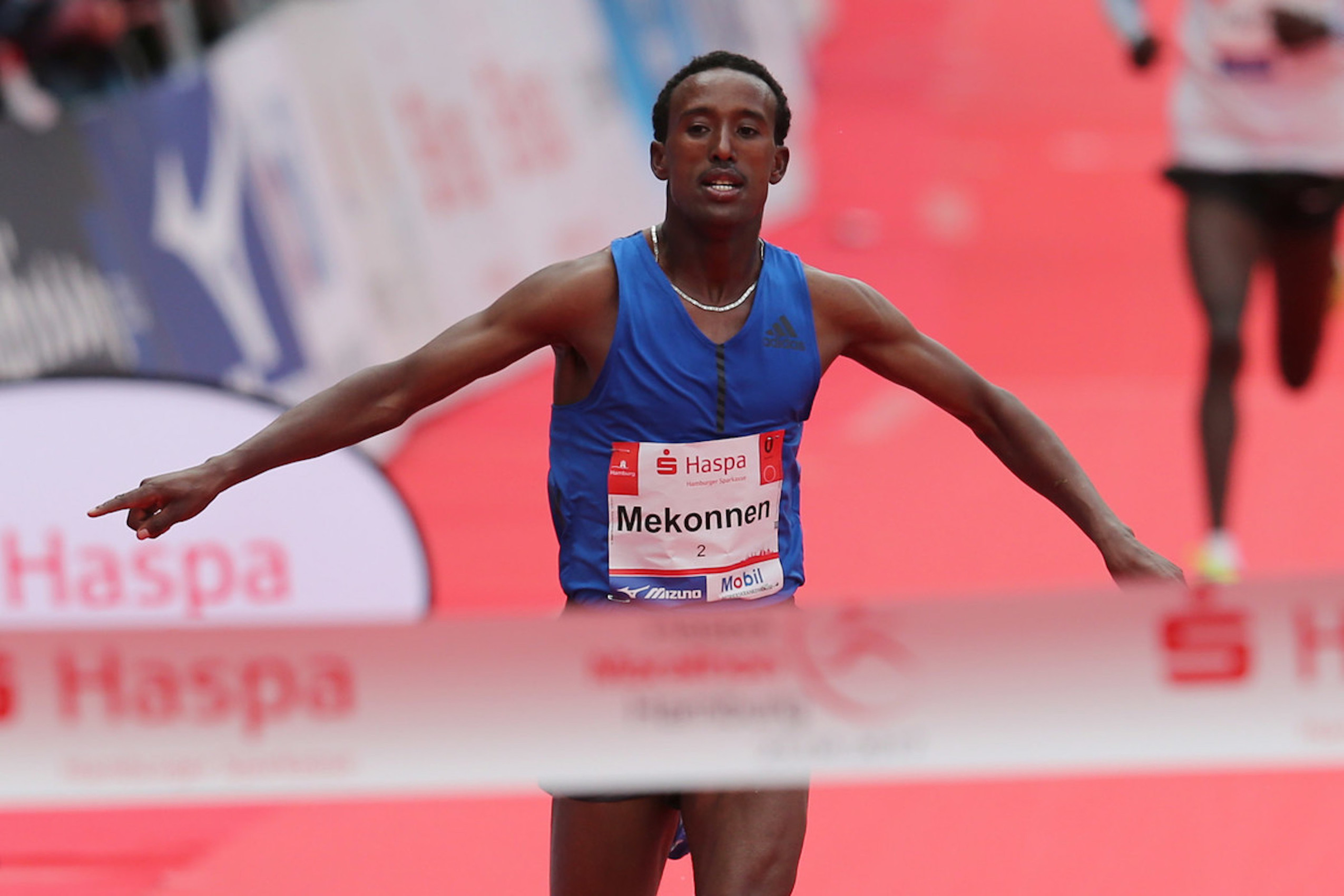 The two Ethiopians feature personal bests of sub 2:05 as do three other runners on the start list. Adola heads this list with a time of 2:03:46, the Organisers announced the men’s elite field today.

The women’s race will feature the debut marathon of Ethiopia’s 10km world record holder Yalemzerf Yehualaw, which was announced a fortnight ago.

It was back in 2017 when Guye Adola ran a sensational marathon debut in Berlin. Clocking an unofficial world debut record of 2:03:46 which remains his PB he came surprisingly close to beating Kenya’s superstar Eliud Kipchoge.

Adola was even leading the Olympic Champion until around 40km before Kipchoge finally managed to overhaul him and win by just 14 seconds.

Injuries, health problems and Covid 19 restrictions stopped him from competing a couple of times in the past few years. However, Adola then came back to Berlin to beat Ethiopia’s superstar and pre-race favourite Kenenisa Bekele comfortably in September last year. In very warm conditions the 31 year-old clocked 2:05:45.

Having coped so well against the fastest marathon runners on the planet Guye Adola could be in a position to take away the course record from Eliud Kipchoge. The Kenyan won his debut race at the distance in Hamburg in 2013 and set the current mark of 2:05:30.

While Adola has never raced in Hamburg Tsegaye Mekonnen is a former winner of the Haspa Marathon Hamburg. The 26 year-old clocked 2:07:26 in 2017 when he took the race, denying the 2012 Olympic Champion Stephen Kiprotich of Uganda by just five seconds.

Tsegaye Mekonnen had made headlines before when he triumphed at the Dubai Marathon in 2014. As an 18 year-old he achieved a time of 2:04:32 which still stands as the unofficial world junior record today (World Athletics does not recognize junior records in the marathon).

There are four other runners on the start list of the Haspa Marathon Hamburg who have run faster than Kipchoge’s course record. Kinde Atanaw ran 2:03:51 when he took the Valencia Marathon in 2019 while fellow-Ethiopian Abebe Degefa was fourth in that race with 2:04:51.

Barselius Kipyego of Kenya showed fine form last autumn when he ran 2:04:48 for fourth place in Paris. Eritrea’s Afewerki Berhane, who has a personal best of 2:05:22, is also going for Germany’s biggest spring marathon.

Among a number of debutants Stephen Kissa might be capable of a surprise. The Ugandan ran a very fast half marathon time of 58:56 in New Delhi in 2020.

Organisers of the Haspa Marathon Hamburg expect a total of 20,000 runners including races at shorter distances on 24 April. Online entry is still possible on the organisers website.