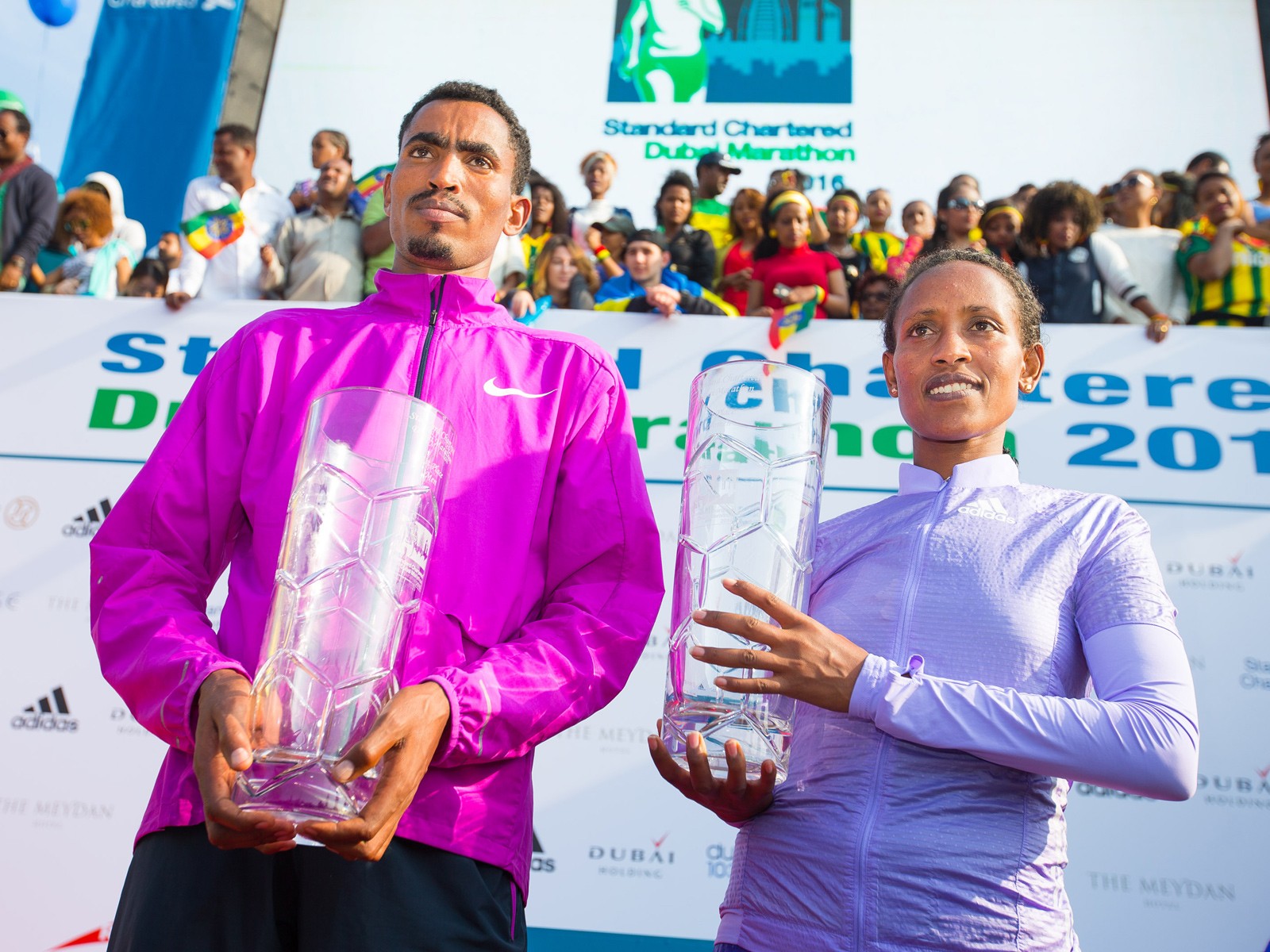 [link id=”873″ tax=”post_tag” text=”Abera”]’s winning time is a massive improvement on his personal best time of 2:09:46, set when he won the Mumbai Marathon in India last year.

Yet again it was a race that saw the top three men all break 2:05 with Abera shattering his previous personal best by more than five minutes. It was the second fastest time in the history of the event after an opening attack by the male elites that saw the fastest ever 30km split mark (1:27:20).

“My aim was just to beat my personal best,” said Abera, whose previous best time of 2:09:46 set in Mumbai would only have been good enough for eleventh place in Dubai.

“To get so close to the course record is a great feeling but my main concern was to improve my best and try to win the race.”

Like her compatriot, Tirfi Tsegaye also collected a cheque for $200,000 with the third fastest time in the history of the race. 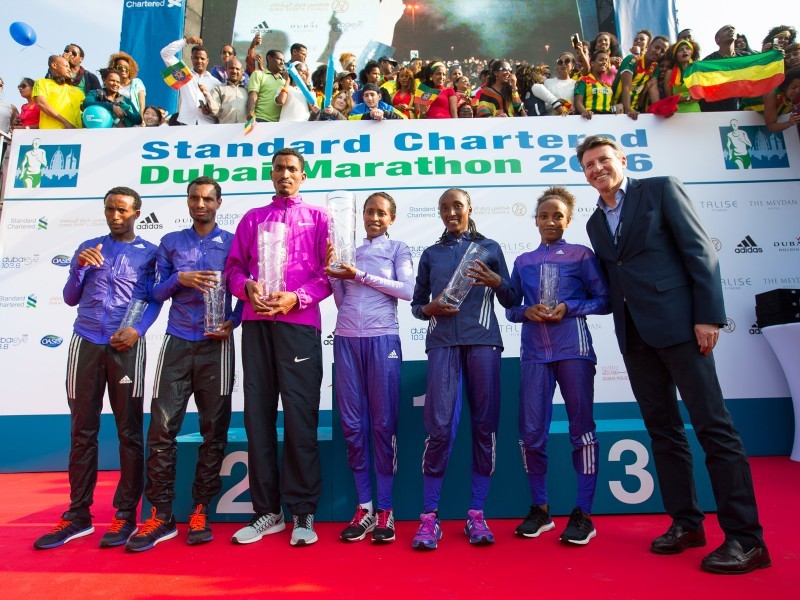 With Ayele Abshero and Tsegaye Kebede both withdrawing from the race through injury, the Standard Chartered Dubai Marathon again offered a relative unknown the chance to grab a chance of international glory and 23 year-old Abera seized it with both hands, seeing off the challenges of the two former champions Mekonnen and Berhanu in a race that was often breathtakingly quick.

Such was the pace, Berhanu beat his previous personal best by 55 seconds, a time he achieved when winning in Dubai twelve months ago, yet still finished second. After today’s race the top ten average times of the men’s race at the [link id=”358″ tax=”post_tag” text=”Standard Chartered Dubai Marathon”] is now 2:04:40, tied for second with Chicago behind Berlin.

Held under the patronage of HH Sheikh Hamdan bin Mohammed bin Rashid Al Maktoum, Crown Prince of Dubai, and held under the aegis of the Dubai Sports Council, the Standard Chartered Dubai Marathon saw more than 30,000 runners take to the streets of Dubai in the Marathon, the 10km Road Race and the 4km Fun Run.

Morocco’s Samir Jouaher took gold in the men’s 10km race in 28m:41s with Ashenafi Weldegiorgis of Ethiopia in second (29:31) and Ihya Ben Youssef of Morocco in third place (29:55).

The elite wheelchair event saw a battle of the Smiths with John Smith taking the title in a course record 1:35:56 from a Dubai regular Rob Smith in 2:02:17. Third place went to Ali Abdallah Sawalmeh from Jordan in 2:23:00.

“My main aim was to finish in less than 1h:36m and gain qualification for the Paralympics 2016,” said Londoner Smith.

“I had heard a lot about the route but this was my first time on such a flat course – it’s a different kind of racing with no respite. But I can’t fault it for organisation and have to mark it ten out of ten for the organisers.”

UAE Athletic Federation President Ahmed Al Kamali said he was delighted with the turnout for what is the biggest mass participation event in the Middle East.

“The crowds were fantastic and it is always a wonderful feeling to see so many people of all ages running in he streets of Dubai,” he said.

“Our thanks and appreciation also go to IAAF President Lord Coe who took the time to present trophies to all our winners and give them a day to remember.” 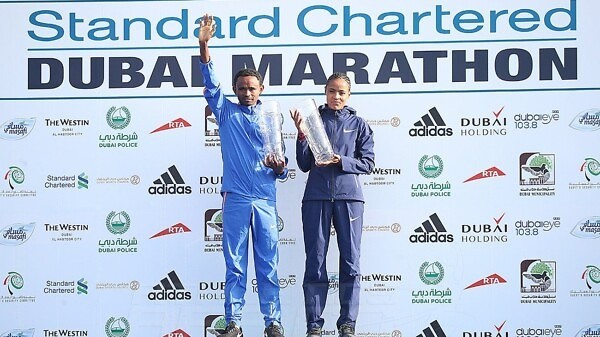 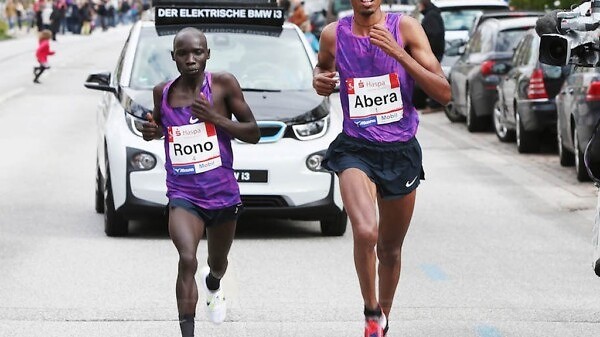 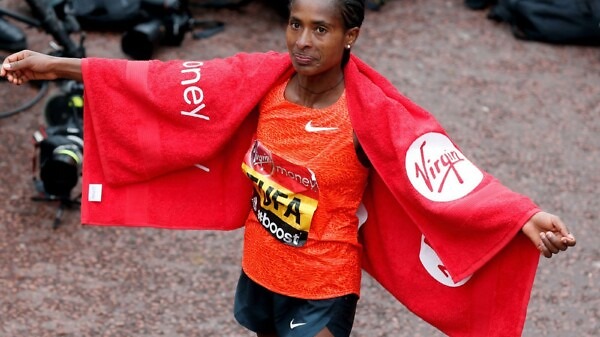 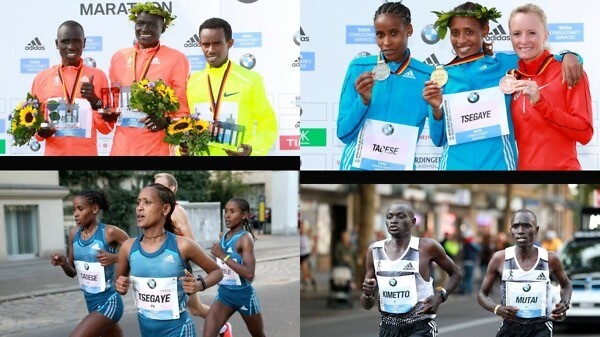 Kenyan Dennis Kimetto broke the marathon world record with 2:02:57 on the streets of Berlin while Tirfi Tsegaye’s patience is rewarded with women’s world...