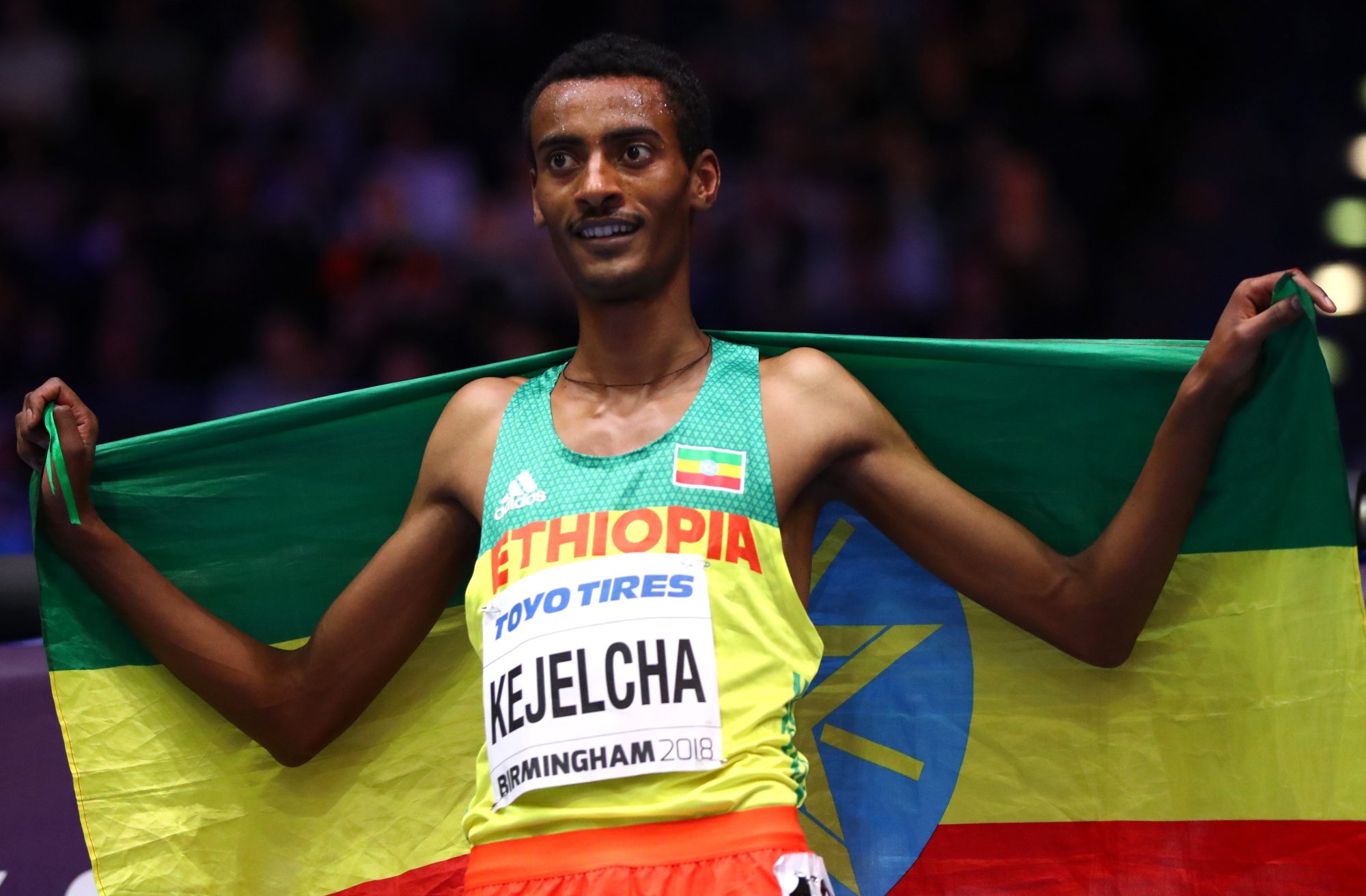 Gold Medallist, Yomif Kejelcha of Ethopia celebrates after the Mens 3000 Metres Final during the IAAF World Indoor Championships on Day Four at Arena Birmingham on March 4, 2018 in Birmingham, England. (Photo by Michael Steele/Getty Images for IAAF)

Ethiopia’s Yomif Kejelcha smashed the world indoor record for the mile, clocking 3:47.01 at the Bruce Lehane Invitational in Boston, Massachusetts, on Sunday.

It was third time lucky for the 21-year-old, having narrowly missed out on breaking world indoor records in his two previous races.

He finished just 0.01 outside the world indoor mile record at the Millrose Games, clocking 3:48.46, and was then beaten to the world indoor 1500m record in Birmingham one week later when compatriot Samuel Tefera won in 3:31.04.

In Boston, Kejelcha had set himself the target of breaking the world indoor records for both the 1500m and the mile in the same race.

He followed three different pacemakers for the opening laps and passed through 800m in 1:52. Worried the pace wasn’t quick enough, he moved past the final pacemaker about two minutes into the race and was then out in front alone.

He was inside 2:51 with two laps remaining and kept up his swift pace for the last 400 metres.

The clock had already ticked over to 3:31 by the time he passed the 1500m checkpoint, but he – and the eager fans – would have to wait until after the race to find out his official split. His immediate concern was reaching the finish line of the mile.

Kejelcha dug in deep and crossed the line in 3:47.01, taking 1.44 seconds off the previous world indoor record set by Hicham El Guerrouj in 1997.

Moments later, his 1500m split was confirmed at 3:31.25, making him the third-fastest indoor performer in history behind Tefera and El Guerrouj. 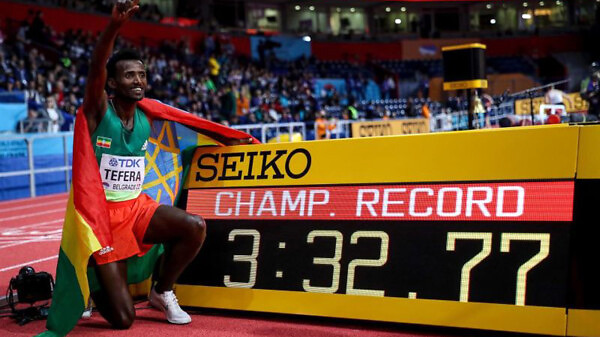