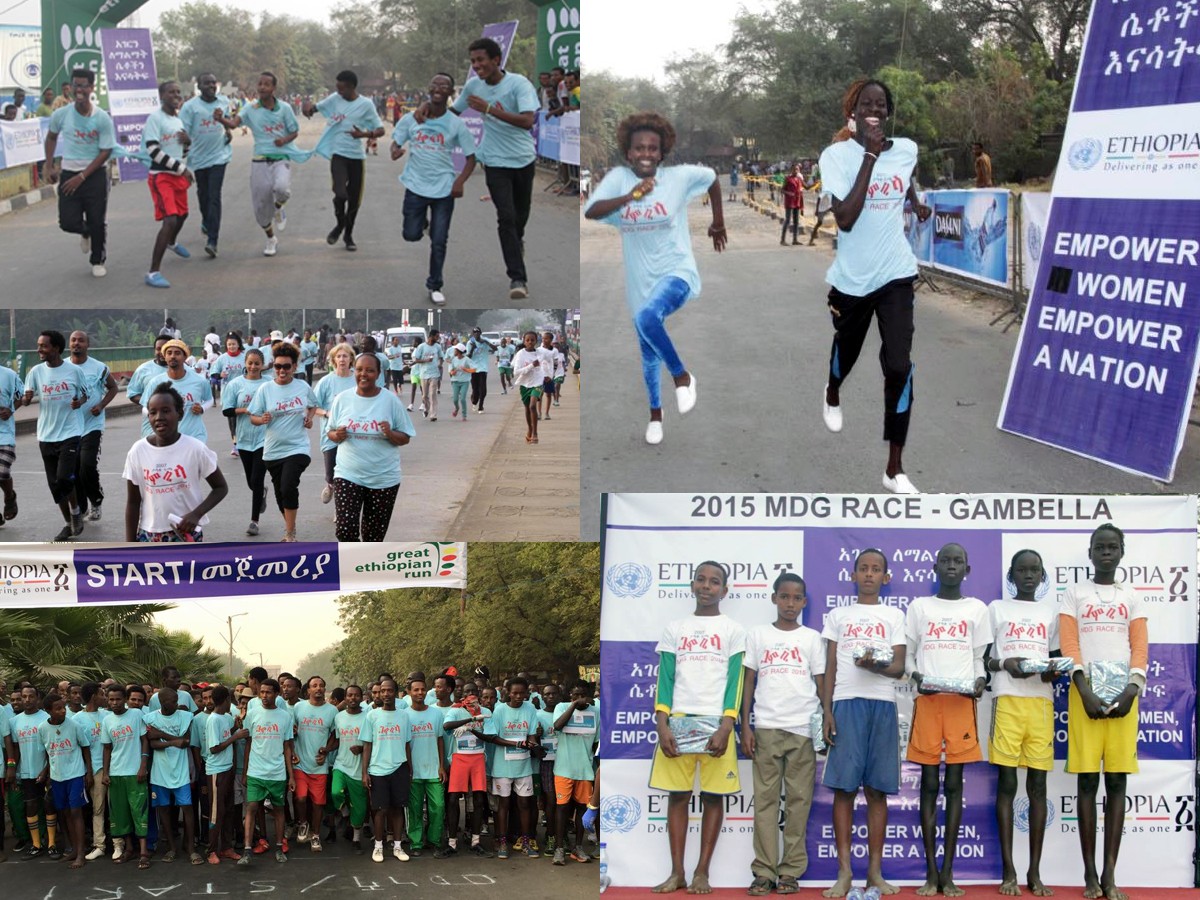 Ethiopian Tsegahun Deneke reclaimed the men’s title at the 2015 MDG Gambella 5k race on Sunday 11 January. He was the winner when Great Ethiopian Run organized its second race in Gambella in 2011.

The race was staged under the slogan “Empower Women, Empower a Nation” and comprises a community outreach program on the eve (Saturday) where live music, interviews and a short film were shown. On Sunday 5.5km mass race and 1.2km children took place.

Registration for race, which started 10 days before the race and was closed in less than a week, showed how keen Gambella town residents were to take part on such sporting events.  Great Ethiopian Run worked closely with Mayors office, Regional Athletics Federation and Gambella Town Sport Commission to stage the event.

Hundreds of spectators attend the community event as well as the race on Sunday and a total of close 2,000 participants took part in the adult and children races. 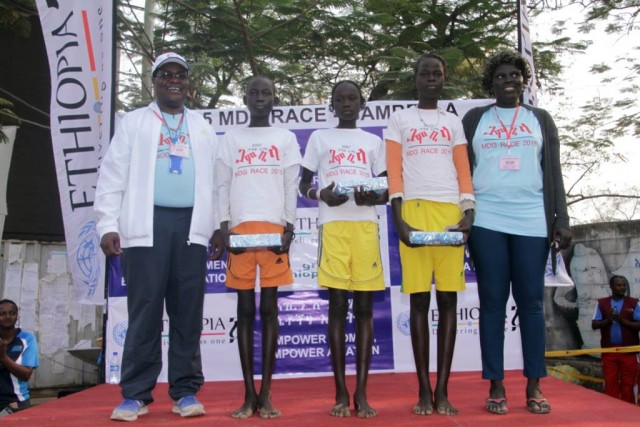 This 2015 MDG Race was held to promote the third MDG goal namely gender equality and empowering women. Even though significant results have been achieved, for example fighting Malaria and HIV Aids and increasing primary school enrollment, according to the Millennium Development Goals Report 2014, challenges remain amongst others with regard to gender equality, access to child and maternal health care and women’s political
participation.

UN Ethiopia partnered with Great Ethiopian Run to promote these important messages using sport and community outreach programs throughout Ethiopia. By organizing the MDG race in Gambella, Great Ethiopian Run will raise interest, and awareness, will put women empowerment topics on the public agenda, and thus acts as springboard for action and change.