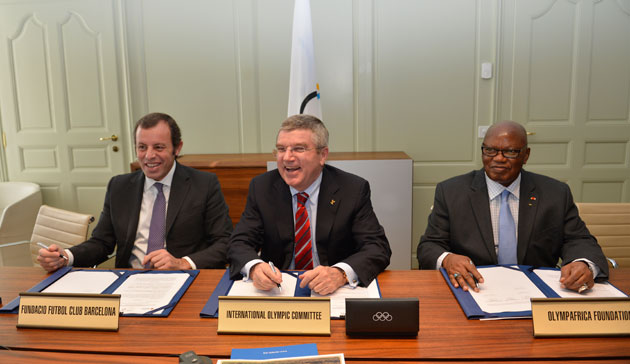 The IOC, the Olympafrica Foundation and the FC Barcelona Foundation (FFCB) have announced a new agreement to bring sport to people of all ages and abilities throughout Africa.

This agreement will see the programme being developed and implemented use the network of the 39 Olympafrica centres throughout the continent to promote values of sport and education through to 2016.

This new agreement follows on from the MoU signed on 17 April 2013 between the IOC and the FC Barcelona Foundation, supporting joint actions in the area of development through sport and the promotion of the Olympic values.

The two sports organisations made a commitment to strengthening the Olympafrica Foundation’s existing football programme on offer in community sports centres to young people throughout Africa, adding an educational aspect thanks to the implementation of the FFCB’s FutbolNet method. FutbolNet’s objective is to pass on the positive values of sport to the young participants through the pleasure of playing and practising football.

The programme was greatly appreciated by the 2,500 young participants who took part in the tournaments in the various centres, as well as by the Olympafrica educators. Finally, the sports equipment provided to each centre, including balls and jerseys, contributed to the success of this pilot project.

IOC President Thomas Bach said: “This is an exciting project that will first and foremost bring the joy of sport and competition to children and people of all ages throughout Africa. While enjoying sport, they will also learn the values that make sport such a powerful tool in the fields of development and education.

General Lassana Palenfo concluded: “We would like to thank the IOC and the FC Barcelona Foundation for implementing and developing the Olympafrica FutbolNet Cup. For us, this programme is an important educational and social tool which contributes to young people’s development on the continent.

“The support of the IOC and the FFCB has allowed us, and, above all, will continue to allow us to provide more opportunities to young African people and local communities to practise sport and to become empowered.”

Olympafrica, which was initiated by the IOC, aims to further social development through sport and promote the creation of small-scale sports and socio-educational centres in African countries, in collaboration with National Olympic Committees and local communities, in order to encourage and assist the development of talented youngsters through local training programmes. 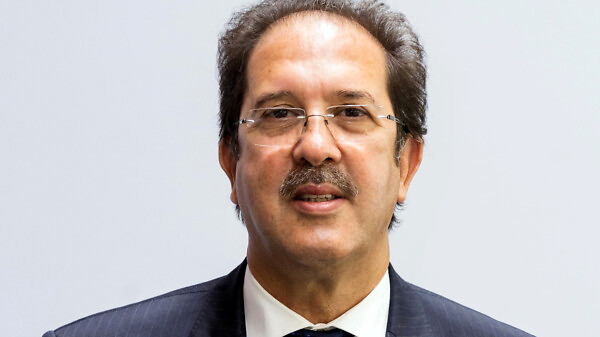