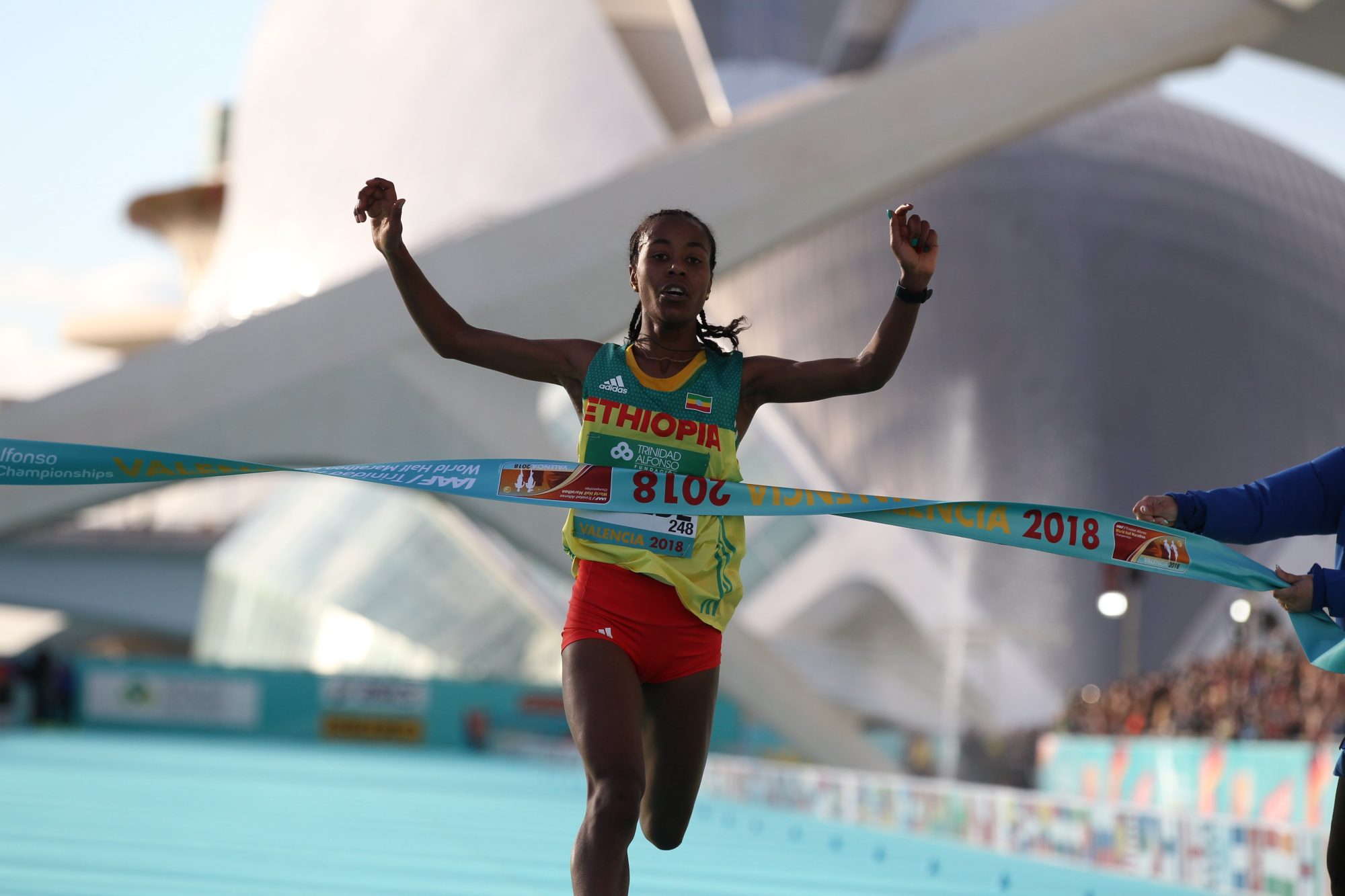 Netsanet Gudeta Kebede of Ethiopia broke the women’s-only race world record in the half marathon today, clocking 1:06:11 at the IAAF/Trinidad Alfonso World Half Marathon Championships Valencia 2018.

Gudeta’s performance shattered the previous record of 1:06:25 for a single-sex race set by Lornah Kiplagat at the 2007 IAAF World Road Running Championships in Udine, Italy.

Running with a four-woman lead group at 10 kilometres, Gudeta, 27, broke clear as she approached the 15-kilometre point, having pieced together a four-second lead.

Never threatened, she forged on alone, padding her lead with every kilometre. By 20 kilometres she was 40 seconds ahead of the nearest challenger, Kenyan Pauline Kaveke Kamulu.

Joyciline Jepkosgei of Kenya, the pre-race favourite, passed her teammate in the final two kilometres to finish second in 1:06:54, 43 seconds behind Gudeta.

Kamulu finished in third place in personal best time of 1:06:56 while Kenyan-born Eunice Chebichii Chumba running for Bahrain was fourth in 1:07:17. 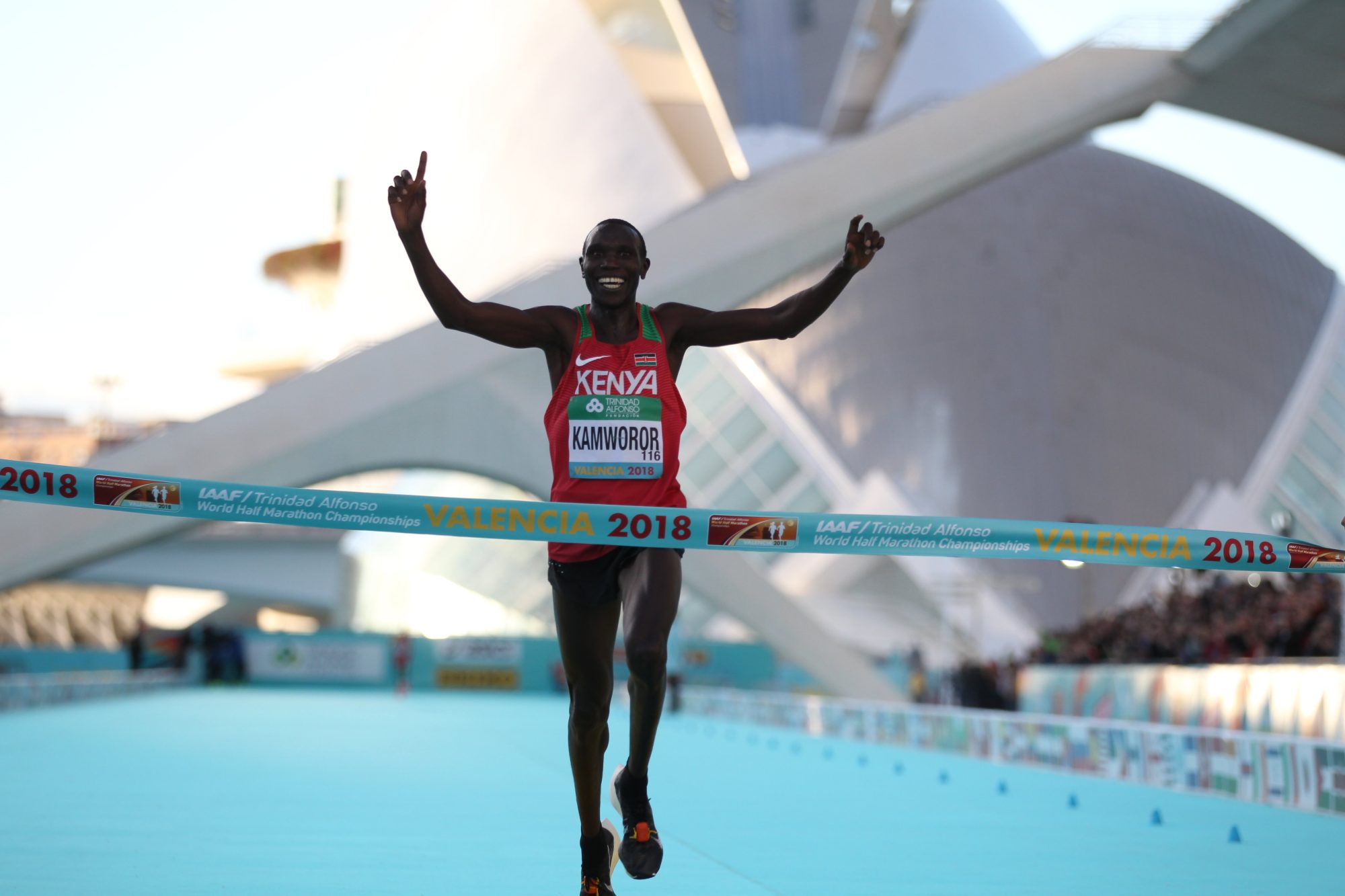 Kamworor broke away from a large pack just after 15 kilometres and was never challenged.

Abraham Naibei Cheroben of Bahrain was second in 1:00:22 and Aron Kifle of Eritrea taking the bronze in 1:00:31.